Today expedition of tragic history of Iceman Otzi, the undead caveman, and attempt to uncover the truth behind this frozen corpse's curse.

Researchers and scientists have relied heavily on fossils and human remains to offer us a glimpse of what life was like on our planet before civilization and the modern world took over. But sometimes, they uncover more than what they bargained for. As is the case with otzi the iceman, europe's oldest known natural human mummy, who may be linked to the mysterious and bizarre deaths of the several researchers connected to his discovery.

Today We go on an expedition of our own to show you the tragic history of Iceman Otzi, the undead caveman, and attempt to uncover the truth behind this frozen corpse's curse.

He Who is Undead

Iceman Otzi, who goes by many names such as tyrolean iceman, similaun man, frozen fritz, and the man of tisenjoch, is the natural mummy of a man who lived between 3,400 and 3,100 bce. As europe's oldest known natural human mummy, otzi offers an unprecedented view of copper age europeans. The frozen icemen is believed to have been murdered due to the discovery of an arrowhead embedded in his left shoulder and various other wounds. The nature of his life and the circumstances of his death are the subject of much investigation and speculation.

Iceman Otzi was discovered by German tourists helmut and erica simon on September 19, 1991, while hiking on the east ridge of the fineilspitze of the otztal alps on the Austrian-italian border, near similaun mountain and tisenjoch pass.

When the couple first saw the body, they both believed they had happened upon a recently deceased mountaineer until further investigation revealed he was an ancient caveman, well-preserved by the icy mountain. The following day, a mountain gendarme and the keeper of the nearby similaun hut first attempted to remove the body, which was frozen in ice below the torso, using a pneumatic drill and ice axes, but had to give up due to bad weather. The body was semi-officially extracted on September 22, 1991, and officially salvaged the next day. It was transported to the office of the medical examiner in innsbruck along with other objects found nearby and examined by archaeologist konrad spindler of the university of innsbruck. He dated the find to be about 4,000 years old on the basis of the typology of an ax among the retrieved objects.

Cause of Death & Cheories of a Violent life

Iceman Otzi cause of death remained uncertain for about 10 years after his body was discovered. It was initially believed that the similaun man died from exposure during a winter storm, but was later speculated that he might have been the victim of a ritual sacrifice, perhaps for being a chieftain. This explanation was inspired by theories previously advanced for the first millennium bce bodies recovered from peat bogs such as the tollund man and the lindow man.

In 2001, x-rays and a cat scan revealed that otzi had an arrowhead lodged in his left shoulder and a matching small tear on his coat when he died.

The discovery of the arrowhead prompted researchers to theorize that the man from tisenjoch died of blood loss from the wound, which would probably have been fatal even if modern medical techniques had been available. Further research found that the arrow's shaft had been removed before death. And close examination of the body found bruises and cuts to the hands, wrists, and chest, and cerebral trauma indicative of a blow to the head.

Currently, it is believed that otzi bled to death after the arrow shattered his scapula and damaged nerves and blood vessels before lodging near the lung. Recent DNA analysis claimed to have revealed traces of blood from at least four other people on his gear- one on his knife, two from a single arrowhead, and a fourth from his coat.

Interpretations of these findings speculated that the frozen fritz had killed two people with the same arrow and was able to retrieve it on both occasions, while the blood on his coat came from a wounded comrade he may have carried over his back.

Otzi's posture and death- frozen body, face down, left arm bent across the chest- could support a theory that before death occurred, the rigor mortis set in. The iceman was turned on to his stomach in an effort to remove the arrow shaft.

In 2010, it was proposed that otzi died at a much lower altitude and was buried higher in the mountains, as posited by archaeologist alessandro vanzetti of the sapienza university of rome and his colleagues.

According to their study of the items found near otzi and their locations, it is possible that the iceman may have been placed above what has been interpreted as a stone burial mound that was subsequently moved with each thaw cycle that created a flowing watery mix driven by gravity before refreezing. While archaeobotanist klaus oeggl of the university of innsbruck agrees that the natural process described most likely caused the body to move from the ridge that includes the stone formation, he pointed out that the paper provided no compelling evidence to demonstrate that the scattered stones constituted a burial platform.

Moreover,biological anthropologist albert zink argues that the iceman's bones display no dislocations that would have resulted from a downhill slide and that the intact blood clots in his arrow wound would show damage if the body had been moved up the mountain. In either case, the burial theory does not contradict the possibility of a violent cause of death. 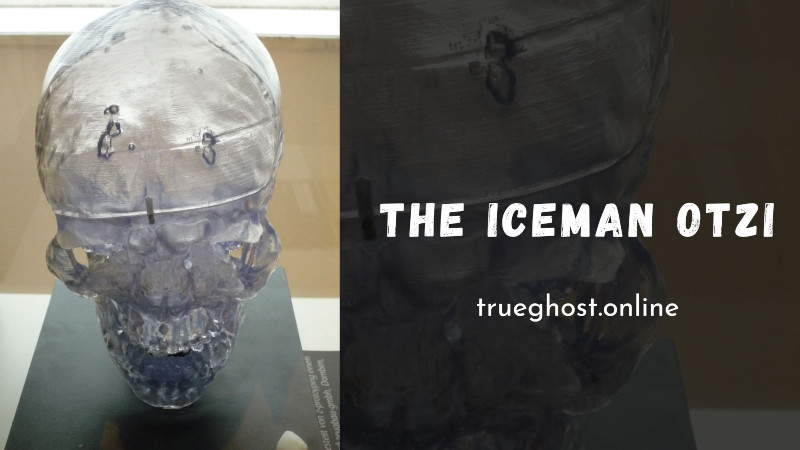 Influenced by the curse of the pharaohs, which alleges that a curse may be cast upon anyone who disturbs the mummy of an ancient egyptian, and the media theme of cursed mummies, claims have been made that Iceman Otzi is, in fact, cursed. The allegation revolves around the deaths of several people connected to the discovery, recovery, and subsequent examination of the frozen iceman.

In 1992 rainer henn, who had the honor of placing otzi's frozen remains into a body bag, died in a tragic car accident while en route to a convention where he planned to talk about otzi's origins. This happened one year after the frozen man's remains were uncovered, making rainer the first potential victim of otzi's curse.

Kurt fritz took his place in history by leading researchers to otzi's body and organizing the transportation of his remains. His untimely death occurred one year after rainer henn's when an avalanche claimed his life on an expedition. While fritz's passing may have been an unfortunate accident, it seems worth noting that he, an experienced guide, was the only member of his group to perish in the avalanche. Helmut simon, who discovered otzi, and his wife, erica, received a lot of media attention and some compensation for this rare find, but may have also fallen victim to the iceman's curse.

In october 2004, the experienced hiker fell more than 300 feet to his death while hiking the alps. Due to poor weather conditions, it took search and rescue teams eight days to recover his body. While dieter warnecke wasn't part of the original excavation or research crew of otzi, he led the search team following helmut simon's disappearance in the alps. Mere hours after simon's funeral, warnecke discovered an unexpected heart attack.

One major critic, the world's leading expert on otzi, conrad spindler, didn't believe in the curse. He even joked about it in an interview saying, i think it's a load of rubbish. It's all media hype.

The next thing you'll be saying, i will be next. Coincidentally, or because of the sinister curse, spindler was, in fact, the next person associated with otzi to die. He passed in 2005 due to complications with multiple sclerosis. Rainer holtz was the only person ever allowed to film the recovery of otzi's body, which he later turned into an hour-long documentary. He died from a brain tumor shortly after finishing his film.

Tom lowe was the first researcher to discover extremely important evidence on otzi's clothing. His findings indicated that the iceman had died during a violent conflict due to the presence of multiple types of blood on the fabric and tools.

Ironically, lowe ultimately died due to hereditary blood disease that wasn't diagnosed until after he began studying the similaun man's remains. To date, seven deaths have been linked to the discovery of otzi and attributed to his subsequent curse. Debate over whether or not the iceman's curse is real continues still to this day. On one hand, there are too many odd circumstances surrounding the mummified remains to rule out the theory of a real life curse. But on the other, each misfortune may be chalked up to an isolated incident.

Keeping in mind that hundreds of individuals have been involved with the recovery and research of otzi these tragedies are most likely nothing more than deeply unfortunate coincidences. Or perhaps a curse really was bestowed upon those that were directly related to the original discovery and upheaval of his body.

Iceman Otzi In The Big Screen

In 2017, german filmmaker felix randau released the german, italian, austrian adventure drama der mann aus dem eis, or simply, iceman, which depicts the fictional account of otzi's final days on earth over 5,300 years ago, a revenge plot to seek justice in the clan that attacked his tribe and brutally murdered his family. The film was shot in the tyrolean and bavarian alps, near the frozen fritz's actual discovery site, and features almost no dialogue, with the minimal amount spoken in an early reconstructed version of an untranslated rhaetic, a language spoken in the eastern alps in pre-roman and roman times.

After writing the first draft of his script, randau contacted the south tyrol museum of archaeology and met the museum's director, angelika fleckinger, who became a scientific advisor for the movie. Although randau's story is fictional, he hired a profiler to check all of the facts about otzi and confirmed that everything played out on camera could have actually happened in real life.

Almost every scientific fact we know about the undead caveman made it into the film, from his costume design to his over 60 tattoos found on his body and ending in his cause of death. Even the objects found on the iceman were used to create all of the movie's props. While randau's film does not shed any light on the origins of otzi's curse or even gives a nod to its credibility, it does depict his violent final days as indicated by the wounds uncovered by researchers on the caveman's body.

Whether or not curses are real may never be proven in our lifetime. But it's fascinating to consider that an ancient caveman frozen in time could somehow be linked to numerous modern-day tragedies. No matter what side of the argument you're on, it's undeniable the effect otzi's discovery has had on modern view of ancient times. Perhaps we'll find more like otzi and learn even more about the world before our time. Or maybe we'll fall victim to even more curses.

Regardless, if you're the superstitious type, then you may want to steer clear of the south tyrol museum of archaeology in bolzano, south tyrol, italy, where otzi's remains and belongings are on display for educational purposes.