The True Story of La Llorona

This is the True Story of La Llorona. The earliest recorded mention of la Llorona comes from a sonnet by Mexican poet Manuel Carpio.

This is the True Story of La Llorona. For more than a century, perhaps much longer than that, a story has captured the imagination of young and old alike. It's the story of a simple woman, a wife, and a mother, who does the unforgivable and is damned to wander the earth trapped between heaven and hell.

The weeping, wailing spirit of the woman, wronged by her husband and grieving the deaths of her children, wreaks horrific acts of vengeance upon innocent people, especially children. The darkly tragic tale has evolved from folklore to urban legend to multimedia franchise today on we're going to flesh out the terrifying legend of la Llorona.

History Of The Myth

The common belief that the legend of la Llorona began as a Mexican folktale is not quite accurate. The truth is, that the story has been told throughout central and south America for more than 100 years.

The earliest recorded mention of la Llorona comes from a sonnet by Mexican poet Manuel Carpio in the mid-1800s. In the poem, a central character named rosalia marries a man against her mother's wishes, is murdered by him, and returns from the grave seeking unholy vengeance.

The moniker la Llorona roughly translates to the weeping woman or the wailer. She's typically depicted as an undead young woman who roams waterfront areas wracked by inconsolable grief over the premature death of her children via drowning.

The most common version of the myth is that a woman named maria marries a wealthy ranchero and then has two children with him. They live in happily wedded bliss until time takes its toll and they start to grow apart.

As their love fades, the wealthy husband seeks solace in the arms of another woman. Discovering his treachery, maria flies into a blind rage and seeks to hurt her husband in the only way she knows how- by killing his children.

She drags the two young ones to a nearby river and, fueled by passion, drowns them. But immediately she's consumed by overwhelming guilt and regret, and so plunges herself into the water as well, inhaling large gulps to drown herself as a means of penance. But due to the horrific nature of her sins, maria is denied entrance into the afterlife. Instead, she's doomed to forever walk the earth in search of her children's lost souls. 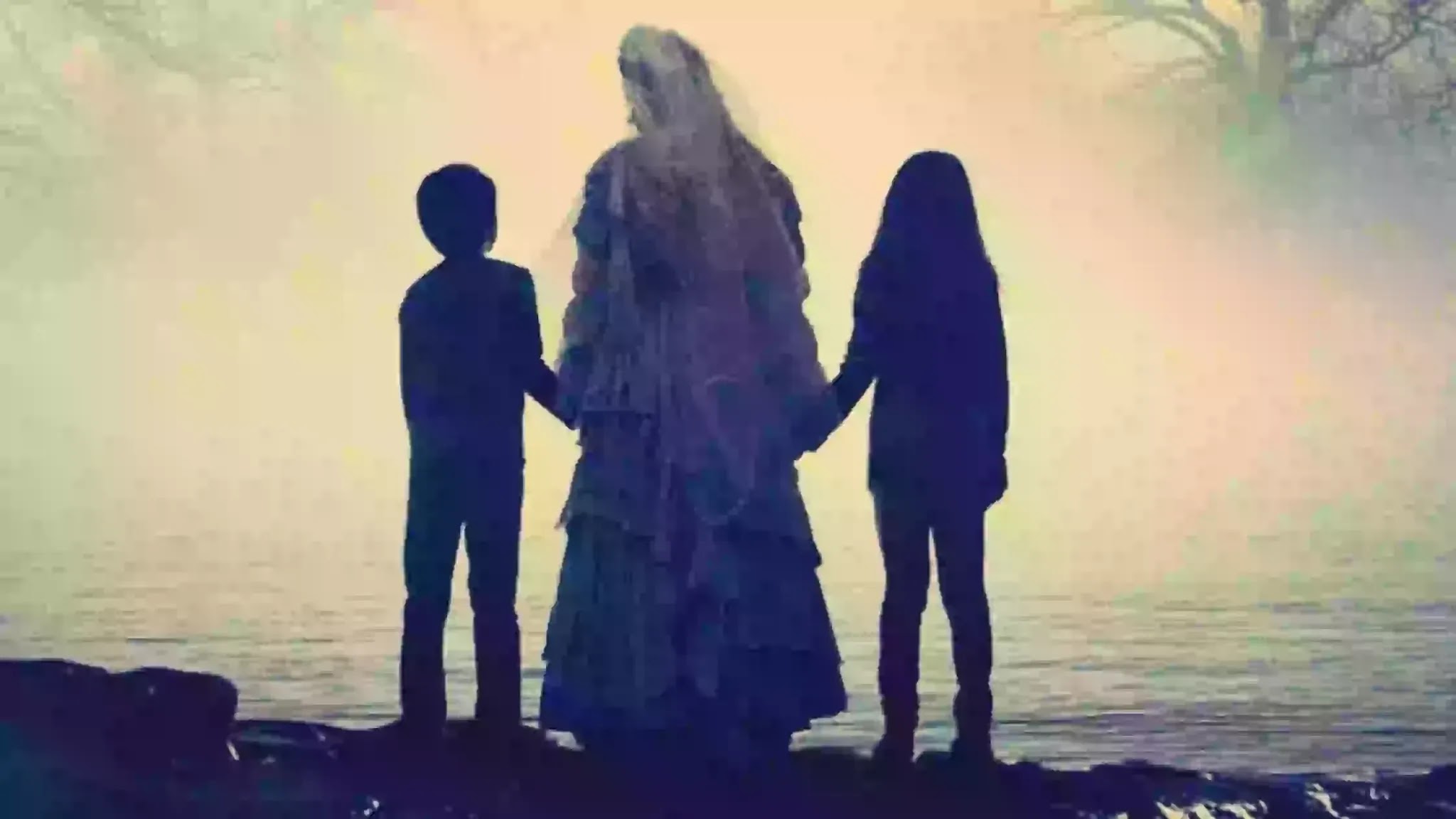 Many have suggested that la Llorona has pre-hispanic origins dating back to Aztec culture more than 500 years ago.

It's been said that she was one of the 10 omens that foretold the Spanish conquest of the Aztecs- she's also been linked to several Aztec goddesses. Cihuacoatl, also known as the snake woman, was described by a 16th-century Franciscan friar as being a savage beast and evil omen who only appeared in white and would walk only at night weeping and wailing.

Another goddess la Llorona has been linked to is Chalchiuhtlicue, or the jade skirted one a feared goddess of rivers and water who would overturn boats, drown people, and purportedly hate children.

While these Aztec goddesses don't exactly fit our current telling of la Llorona, they may well be narrative antecedents of the forlorn ghostly mother in question. We do know that la Llorona stories have evolved and morphed over time. Some versions of her darkly twisted tale involve her children being illegitimate- she's afraid that the rancheria will steal them from her and raise them with his new mistress so she kills them to keep them with her forever.

Other versions are less sympathetic, painting her as a cruel and vindictive woman with a white-hot temper. Regardless of the version of her tale though, some elements remain consistent. She kills her children, their deaths always involve water, and she's always doomed to wander as a spirit sending forlorn shrieks into the night for the rest of eternity. She's almost always depicted wearing a white dress, being near water, and being obsessed with living children. 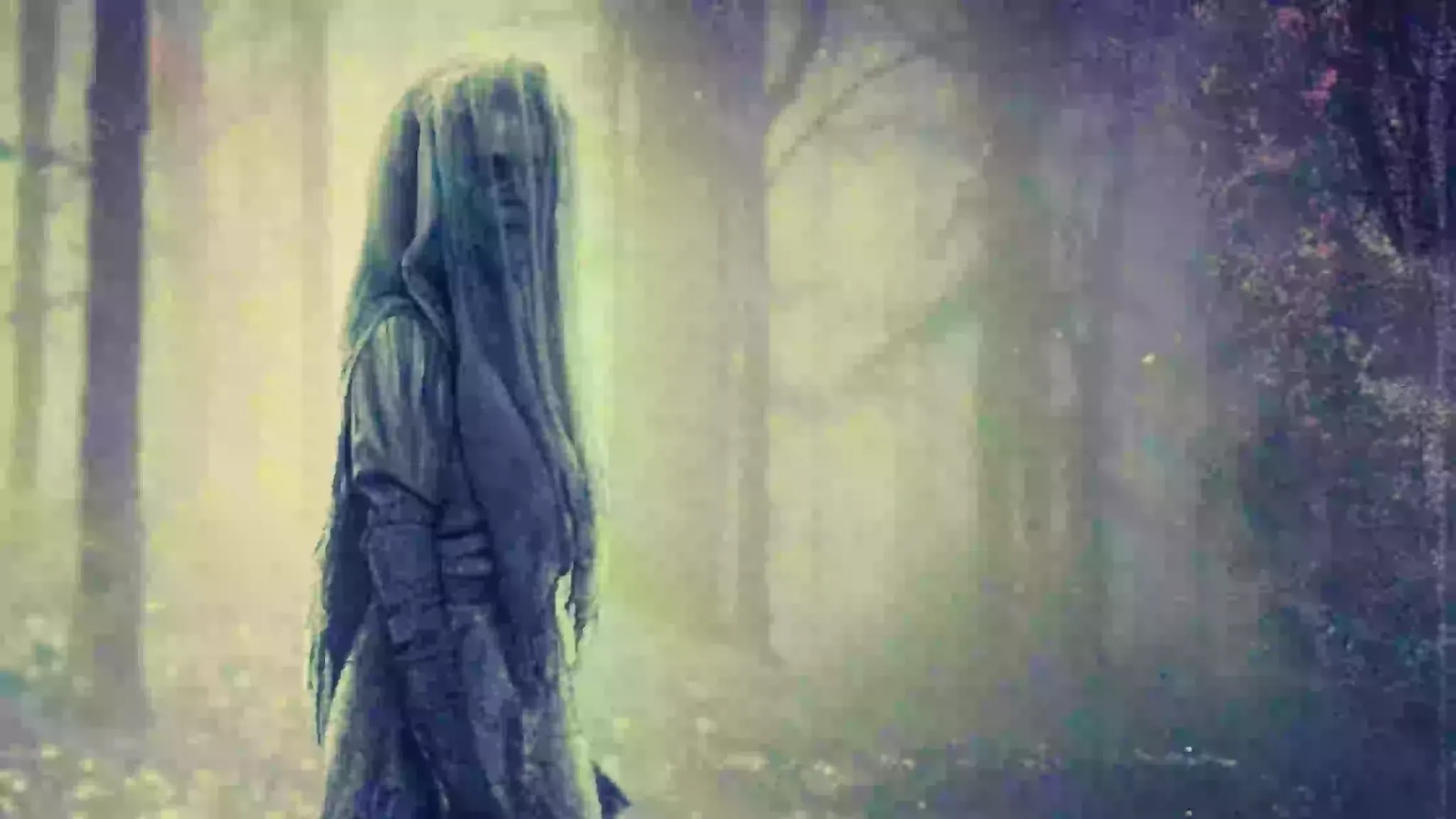 The legend of la Llorona is exceedingly popular in Mexico. The nightmarish visuals and traumatic tale are surprisingly used as a means to a very positive end. The story is primarily told to very young children in order to discourage them from wandering around after the sun has set, thus helping to keep them safe.

In the southwestern united states la Llorona is used to scare children away from going near large bodies of water. It's also used as a boogeyman tale to get them to behave well for their parents, essentially scaring them into embracing respectful and positive behavioral patterns.

In fact, northwestern Arizona has its own highly specific version of the story. In it, a woman named Launa, who lives in Kingman Canyon, pushes her two girls off a cliff into a deep body of water after her husband consistently pays them too much attention.

Additionally, the Arizona-specific version of the story gives la Llorona the ability to reenter the earthly plane only from the hours of midnight to three am.

In Venezuela, the tall tale is used to scare children into learning their lessons. For in, when a child is caught breaking a rule or making a mistake their parents will tell them that if they don't learn from the situation, la Llorona will appear in the night and take them away.

This version of the myth sees la Llorona marrying a soldier who dies during a war. The Venezuelan version of the story also only has one child who la Llorona drowns due to the young one's inability to heed parental instructions.

In Mexico City on September 18, 2016, security cameras captured something truly disturbing. Many believe that the woman displayed here, garbed all in white, was in fact a trespasser from the great beyond-- an immortal being, a paranormal entity, La Llorona herself.

The footage, captured at 2:20 am, shows a woman with long black hair pulled over her face. She seems to appear out of thin air in the middle of the intersection and remains unmoved as cars plow through her. She stands motionless for close to 20 seconds before vanishing again, possibly back into the space between realms. 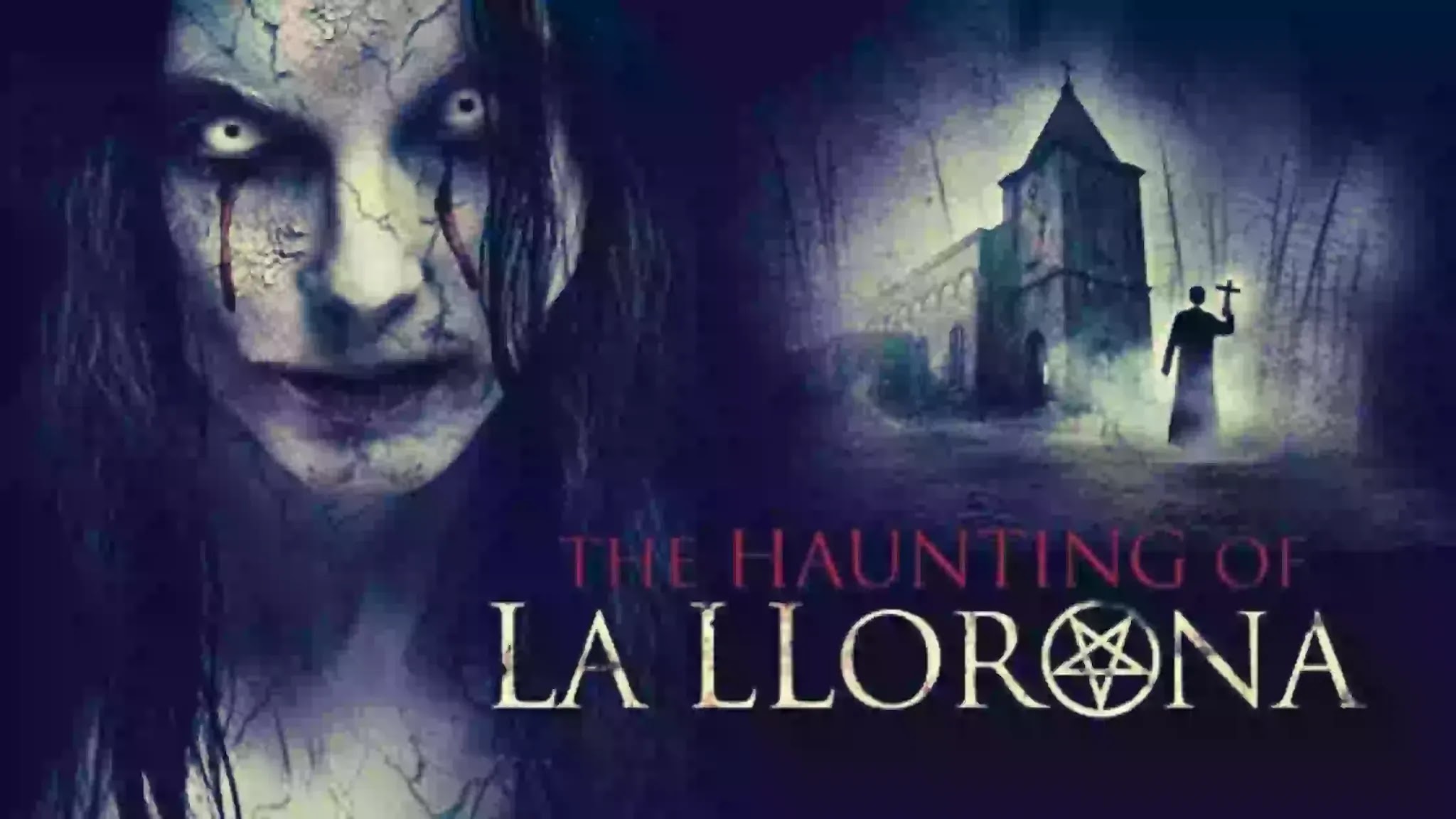 There have been numerous film adaptations of the La Llorona story. Some have been full-fledged feature films, some television show appearances. The old folk tale told to scare kids into being good has evolved to become a pop culture mainstay over the last century.

True Story of La Llorona may be damned to walk the earth in anguish, but she's getting more and more famous while she's at it.

Her first cinematic outing was 1933's la Llorona, which was filmed in Mexico and directed by ramón peón. The film starred ramón pereda, virginia zuri, and carlos orellana. It was actually one of the first talkies ever produced in Mexico and was one of only 21 fully sound-synched films produced in 1933.

The film was quite successful upon initial release. So successful, in fact, that acclaimed director and actor Guillermo Calles produced a parody film of the work titled La Chillon. Tragically, this comedic take on the myth has been lost to time. All that remains are some magazine illustrations and lobby card posters.

In 1960, another film was greenlit with the exact same title. La llorona, also shot mexico, was directed by rené cardona. The movie was filmed in Guanajuato, Mexico.

Much like the famous universal adaptation of Dracula, this version of La Llorona was based on a play. The script was written by Adolfo Torres Portillo and adapted from the stage play by carmen Toscano. It featured maria elena marqués, mauricio garcés, and eduardo fajardo.

Then, just one year later, another adaptation was made-- 1961's the curse of the crying woman. The film was directed by Rafael baledón and starred Rosa arenas, Abel Salazar, and Rita Macedo.

Unlike the previous films, which are all fairly faithful adaptations of the story of La Llorona, the curse of the crying woman is more of a haunted house movie about a young couple that moves in with the wife's aunt, who then attempts to use black magic to resurrect la Llorona.

The next major installment in the history of la Llorona film adaptations is the low-budget pseudo-franchise that clawed its way through the early 2000s.

The initial film in the cycle was directed by Terrence Williams and starred will morales, mary Sanchez, and Denise Gossett.

The conjuring universe began in 2013 and has since spawned five films in an interconnected tapestry of terrifying ghostly narratives. The sixth film in this big-budget horror universe is the curse of la Llorona. The film is directed by Michael Chaves and produced by James wan, Gary Dauberman, and Emile Gladstone.

It stars linda cardellini, raymond cruz and patricia velásquez. It takes place in 1973 and follows a mother who attempts to save her children from a spirit from the afterlife who is attempting to kidnap them.

The film was originally produced with the working title the children, as the studio was nervous that la Llorona would be a confusing title for non-Spanish speakers. The character of father Perez, last seen in the first Annabelle film and played by Tony Amendola, appears in a sizable role, firmly planting the film in the broader conjuring universe.

James wan, director of the original conjuring and creator of the Saw film franchise, has said on record that he's a huge fan of the La Llorona story and has wanted to see it brought to life on the silver screen with a big budget for a long time.

The film was well-received upon its release and performed above expectations at the box office. The curse of la Llorona grossed $54.7 million in us and Canada and 64,4 million in other territories. Overall, it made $123.1 million worldwide.

Rumors of more equals and appearances in the broader conjuring universe have popped up consistently since the film's release, but no official announcements have been made.

True Story of La Llorona is a possibly centuries-old piece of folklore that has both inspired and terrified people from all walks of life. Its central themes of passion, revenge, and regret are universal and those themes propelled her narrative into global consciousness in ways that very few pieces of culture have ever accomplished.

This is to say nothing of the near countless film adaptations that have hoisted la Llorona up to the level of bigfoot, chupacabra, and the loch ness monster as some of the most recognizable urban legends in global history.

Ultimately, the truly terrifying aspect of the True Story of La Llorona is that she still lives in the minds of children all over the world- lurking in the dark corners of their nightmares, crying out in the dead of night.

So what do you think? did the recent film the curse of La Llorona do the urban legend justice? how old were you when you first heard about the character and her eerie tale of vengeance, murder, and damnation? and be honest, are you still haunted by this weeping, wailing, restless spirit?