Home
Stories
The True Story Behind Fire In the Sky

The True Story Behind Fire In the Sky

Alien abduction is well, horrifying. Even more disturbing is the fact that fire in the sky is based on the traumatic real-life alien abduction 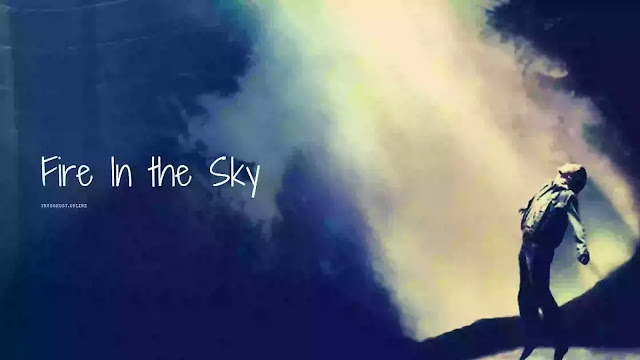 Humans have long wondered if there's any intelligent life beyond earth. So many movies tell stories of extraterrestrial beings who progressed far beyond our knowledge and technology. Even beyond our ability to comprehend reality. The prospect of aliens is one of the great mysteries of life. But perhaps, just as mysterious is what that close encounter of human and alien would look like.

Would it be like the movie et, the extra-terrestrial? or would it be more like a war of the worlds? or independence day?

People all over the world claim to have experienced alien abduction. This bizarre happening sometimes referred to as the abduction phenomenon has never been conclusively proven to exist or to be a hoax.
There are some common attributes of alien abduction stories. The victims claim that they were taken from the earth by alien visitors from outer space. They were taken aboard some kind of spaceship. These abduction victims usually suffer some type of sleep paralysis, loss of memory, missing time, and unusual medical maladies.
Reports of abductions have been cataloged all over the globe. However, the highest recorded number of cases come from English-speaking countries. The story that seemed to catapult the idea of alien abduction onto the cultural landscape, was the incident that involved betty and barney hill in 1961.
If you're unfamiliar, the hills a man and wife who were on a road trip- claimed to witness a flying saucer that interacted with them and focused a bright white light onto their vehicle.
They came sometime later on the highway and told stories of white lab rooms small, gray aliens, and an inability to move.
After the betty and barney hill case, there was a rise in the number of reported alien abduction cases reaching a fever pitch in the mid-1970s. Some have claimed that this is due to the fact that there was a secret extraterrestrial research campaign being conducted at the time. Others claim it was just legions of copycats, fraudsters, out to make a name for themselves.
However, there is a reported alien abduction from this time period that is considered the most reputable, well-documented, and culturally significant case of all, that is the abduction of Travis Walton. 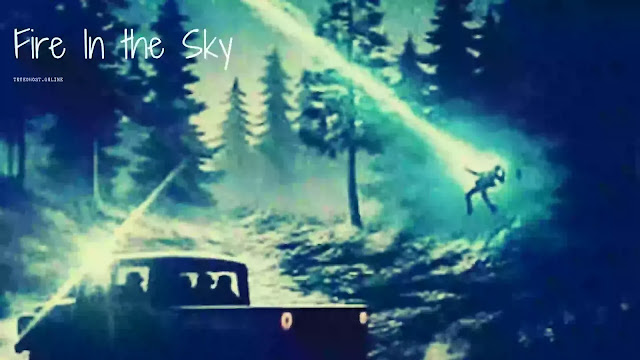 A lumberjack by trade Travis Walton was a quiet man who lived an ordinary life. He and his family were residing in Arizona when their lives were forever changed by a mysterious flying craft and five days of missing time.
According to Walton, on November 5th, 1975 he was employed as a logger in the Apache Sitgreeves national forest, located near snowflake Arizona. After a long day of working in the forest, he and his co-workers were heading back into town.
However, they were stopped on their trip by a large silver object appearing to hover in midair. Walton and six of his co-workers all witnessed this unidentified flying object. And for whatever reason, were terrified by it.
As it drew near the men could clearly see that it was saucer-shaped. The men reported the sleek silver ship hovered in the air approximately 110 feet away before coming closer to the truck they were in and shining a light in their direction. It seemed to generate a high-pitched buzzing noise as it began to spin faster.
At this point Travis Walton claims, he got out of the truck and started to make his way across a clearing towards the craft. The other six men watched as a beam of light hit Walton knocking him to the ground.
Fearing that Walton had been killed by this beam of light the men fled the scene. They would later say they were scared for their lives.
Upon reaching snowflake, the men told their story to the local authorities who not surprisingly doubted its veracity. In fact, law enforcement initially thought that the men had collectively murdered Travis Walton and were attempting to use this alien ufo sighting as their shared alibi.
They immediately opened an investigation into the possibility of foul play. However, the truth was far more disturbing.
Shortly after being knocked unconscious Watson says, he awoke in a hospital, or at least he thought he was in a hospital. Walton remembered being observed by 3 short bald creatures with pale skin. As he looked around the pristine white environment, He noticed strange instruments and unknown pieces of technology he focused again on the creatures before him.
Gray skin, large black eyes, small delicate facial features that never moved. They were unlike any living being he'd ever seen.
You can imagine Walton's disorientation and fear. He got up off the medical table grabbed a nearby glass cylinder and started brandishing it at the creatures.
The alien slowly filtered out of the room and after waiting for a few minutes he was greeted by 2 human-looking people in clear glass helmets. They attempted to subdue him by affixing some type of mask on to his face and then Travis blacked out. He woke up, what turned out to be five days later. Walking down an Arizona highway, the saucer departed above him.
Walton says, he made his way to a payphone and made a collect call in an attempt to get some help. Walton's co-workers were cleared of their murder charges. Travis was questioned about what happened. And what he told his version of the truth, he was mocked and jeered by local law enforcement.

In the days and weeks immediately following Walton's return, he told everyone who would listen about his abduction and experience on the ufo. Initially, his claims were met with skepticism and disbelief. But as more people heard about his story their opinions shifted.
Walton's story was made substantially more credible by the fact that it could be corroborated by not one, but six witnesses.
The national enquirer even awarded Walton and his fellow lumberjacks a $5,000 prize and the title of best ufo case of the year. The group of co-workers even took lie detector tests to allay public doubt.
Six of the seven men who passed one of the tests were inconclusive, due to the fact that the witness had an altercation with the polygraph administrator. Noted ufologist Jim Ledwith, had this to say about the Walton case quote,

Five days the authorities thought he'd been murdered by his coworkers, and then he was returned. All of the co-workers who were there saw the spacecraft they all took polygraph tests, they all passed except one which was inconclusive. If that doesn't convince you, nothing will.

From there the story began to take on a life of its own. People all across the country began telling it to each other. Local news organizations doubled down on the narrative, staging recreations and producing documentaries.

For better or worse Travis Walton's life was forever changed. What we wanted to answer all these questions and clear up any misunderstandings about his experience. So we took it upon himself to write a novelization of his time on the alien spacecraft. The book is titled the Walton experience. And it tracks his journey to the craft, his experiences on it, his subsequent return to earth.
The book has since gone on to become one of the key examples that abduction victims point to as a cohesive explanation of their horrifying and bewildering experiences. Despite being well-received within the conspiracy theory world, the Walton experience was published in 1978 to mixed reviews.

Fire In The Sky 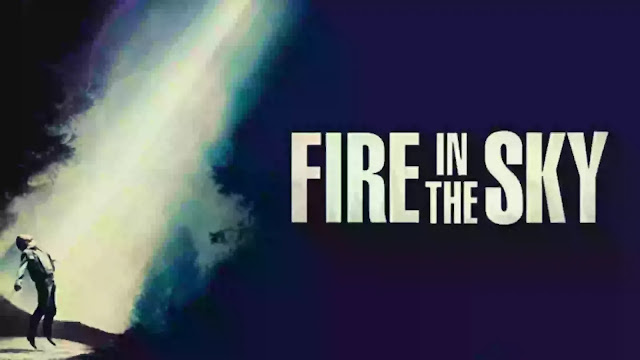 In 1993 Walton's book was adapted into the feature film fire in the sky, directed by Robert Lieberman and written by Tracy Torme. The film stars DB Sweeney as Walton and Robert Patrick as his best friend and future brother-in-law.
The film, like the book, tells the story of Walton's abduction but with a few key differences. Screenwriter Tracy Torme was concerned that the story was too similar to the public's preconceived notions of what an alien abduction entailed, and that they would think the story was trite or cliche.
So as with most Hollywood films, certain creative liberties were taken. For example, in the film, Walton awakens in a slimy ooze-covered cocoon on the alien craft. Spends time in a zero-gravity container after breaking out of the cocoon. And is shown being inspected by the aliens in a cruel and torturous manner.
But these cinematic elements didn't accurately reflect Walton's recollection of the events that transpired. Fire in the sky was released on March 12th, 1993 to middling box office results but generally positive reviews. Since its release, it has gained a cult following.

In the years since the incident and the film being released, Travis Walton has become something of a local legend on the ufo convention circuit. He frequently attends these conferences, tells his story, and attempts to spread ufo survival awareness. A few years back, Walton was a guest on the fox game show the moment of truth. He was asked were you in fact abducted by a ufo on the night of November 5th, 1975?
He replied, yes. A polygraph test determined that he was lying. And when asked about his polygraph tests at a convention in 2013, Walton had this to say,

In the end, the truth might be in the eye of the beholder.

Today the film fire in the sky and the book the Walton experience are both cult topics of discussion they each have dedicated followers and acolytes. Whether Travis Walton and his six co-workers were lying all those years ago, is still up for debate. But many in the ufo community think that Walton is an expert witness and a very reliable narrator, skeptics think otherwise. It's a debate that has raged since his story first reached cultural prominence almost 50 years ago.

So what do you think? are you convinced that Travis Walton was abducted by a ufo? why would he and his six co-workers lie about seeing a flying saucer?