What Is A Tulpa? Slender Man, Tulpamancy ?

Creating supernatural entities with just the thought of your own mind.

What is a Tulpa? 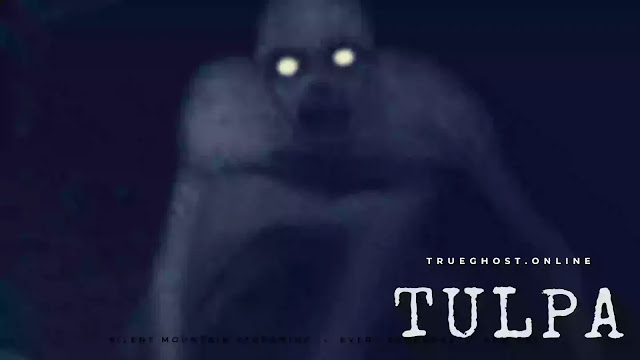 A tulpa is a type of supernatural entity that takes on the form of a character from legend and folklore or from a person's imagination and acts out that persona. It literally means manifestation.
This concept originated in Tibet with an early Buddhist text about the ability to create a mind-made body and is the basis of the thought-form. Some beliefs include human beings, creating their own tulpas purely from thought, manipulating invisible energy into visible forms.
So, is it possible that some of the supernatural entities that surround us today were created from somebody's own thoughts? Let's take a look at some of these tulpas. 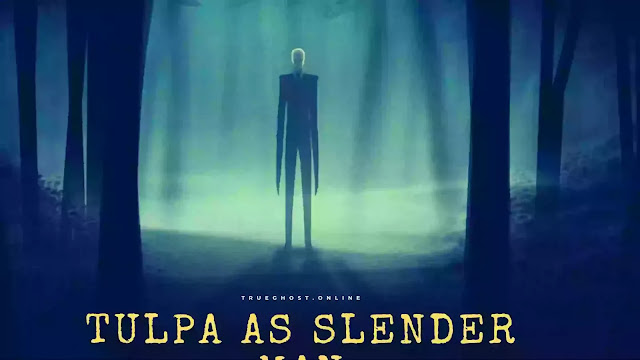 Probably the most popular possible tulpa today is the slender man. I say possible because it's hard to say whether or not this entity has really become manifest. And its origins were purely fictional. The slender man never really existed.
The slender man was created online in 2009 as part of a photoshop contest thread in the something awful forums by Eric Knudsen, under the username victor surge. The contest invited users to create paranormal images through photoshop and surge posted two photos of a tall, shadowy figure, haunting children at play.
He gave the photos a small story and included with his submission, a block of text that read,

I don't wanna go too deep into a slender man here because we already have an entire video on this internet urban legend. But here are some basics about what happened. With a strong positive reaction to the photos he created, victor surge continued to post new altered photographs and added to the story of what was now being called slender man. But now others on the forum began to submit their own photos and story elements as well.
The myth and lore of slender man grew, his story encompassing hundreds of pages, and an internet urban legend was born. The slender man inspired the popular marble hornets web series, many independent video games, found itself a prominent position on the popular creepypasta horror website. It became the subject of countless pieces of fan art.
From the project obscurity, a facelessness that breeds mystique and with a storytelling vehicle that eliminates the four wall. The slender man became the internet's boogeyman. The fate of his victims was also rather ambiguous and vague, fueling that mystique.

Has the collective thought energy of thousands, perhaps millions of people from all over the world culminated to create its own entity, or perhaps has an entity answered the call of all these people and decided to take on the persona of slender man. In either case, neither would be a real slender man, since slender man never really existed, to begin with, and it would cause us to question what kind of power it really had. If any at all.
Even if this concept were to be real and some sort of entity decided to take on the persona of slender man, this would still not be a real slender man as described in the internet folklore.
The abilities of this tulpa would be restricted to the abilities of the entity creating the tulpa. So if it really existed, would it only be a mere shadow of a slender man?

Tulpa As A Ghost 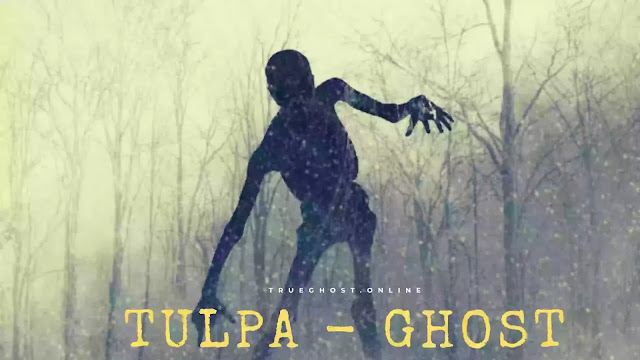 In his book, "The Mothman Prophecies", john keel proposes a tulpa in the very first chapter that actually has nothing to do with the Mothman but haunting in new york's Greenwich village in an old house that has been investigated by many over the years, including dr. Hans Holzer.
A phantom in a long, black cape and a wide-brim hat has been seen moving about from room to room. Some say it was a spy from the American revolution who was caught and killed in the house.
However, this house was lived in by Walter Gibson, the writer who created "The Shadow" novels. The 1930s character who lurked in dark alleys wearin' a cape and wide-brimmed hat. Before Gibson living in the house, there had been no known reported hauntings.
However, within 20 years after Gibson left the house, it was suddenly haunted by the hat-wearing ghost. Keel suggested that Gibson's powerful mind, constantly creating "The Shadow" stories and projecting this character out into the universe could have created a tulpa which became the entity haunting the house in Greenwich village.

From this, the question then becomes are ghosts tulpas?

Ghosts are generally two types of things, a human spirit still lingering about a particular location, what we would call its haunt, or residual energy playing back a scene from someday gone by and can't be interacted with.
However, a tulpa could be the haunting at a particular location and seem very much like a ghost or a human spirit but not really be one at all. It takes repeated investigative work to determine what the entity may actually be.

There are certainly those who scoff at the notation at a real tulpa, try to minimize the entire scenario as a sentient imaginary friend. The result of the new internet subculture.
We'll get to today's Tulpamancy but keep in mind that the idea of a tulpa reaches back into the ancient days of Buddhism, and the mind-made body. The buddha's ability to project many forms.
In the early 20th century, spiritualist Alexandra David-Neel observed these ancient practices still being conducted in Tibet and described tulpas as magic formations generated by a powerful concentration of thought.
She stated that tulpas could develop a mind of their own and others could see the tulpas she created. Tibetan monks likened this to a child leaving the mother's womb. Once the body is complete, it can live apart.
Alexandra David-Neel went on to write over 30 books on eastern religion and philosophy including her work "Magic and Mystery in Tibet", during a time in which foreigners were not allowed in the region.
Disguised as a beggar and a monk, she witnessed not only tulpas but also the art of levitation and tummo, the ability to increase body temperature to withstand the cold.
Concepts also percolating around the turn of the 20th century include the thought-form and the projection of auras, which have their roots in tulpas.
William Walker Atkinson, a pioneer of the new thought movement, stated in his 1912 book, "The Human Aura", that thought-forms were ethereal objects emanating from the auras of people and later elaborated that thought-forms, from auras, serve as astral projections that may or may look like the person projecting them.
In her 1901 book, "Thought Forms", theosophist Annie besant broke thought-forms down into three classes :
Fast forward 100 years and you now have internet communities dedicated to Tulpamancy, the practice of using meditation and lucid dreaming to try to create sentient beings of characters from favorite television series, anime, or manga.
The internet terminology for creating a tulpa is known as Forcing, and to do this, the tulpamancer must first create a wonderland, an imaginary environment where one can begin to interact with a tulpa.
There are, of course, online guides on how to use this modern technique of an ancient concept but it all goes back to the idea of using the power of the mind to create a mental construct in the physical world.

A Building as a Tulpa 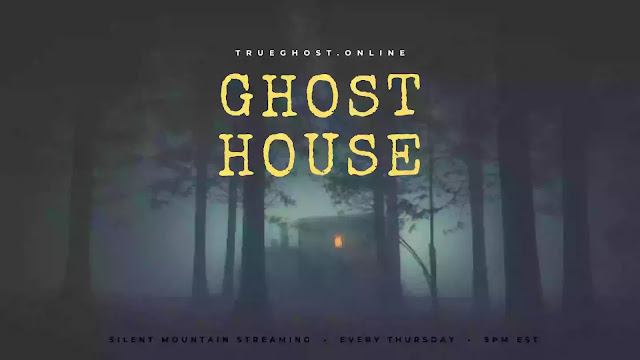 Can a house become a tulpa?

Can a house become alive and develop its own consciousness. We've seen this concept explored in pop culture in the haunting of hill houses and rose red. Many believe that the real-life Winchester mystery house is not only haunted by the ghost of Sarah Winchester but the house itself is its own entity.

Is it possible to apply the concept of stone tape theory?

The idea that energy gets trapped within the structure of a building for later playback. With the concept of the tulpa, to conceive the idea that a house could become its own type of being. Is that why buildings that have had a dark history feel so oppressive? it's an idea worth considering.

A tulpa is a Shadow Person 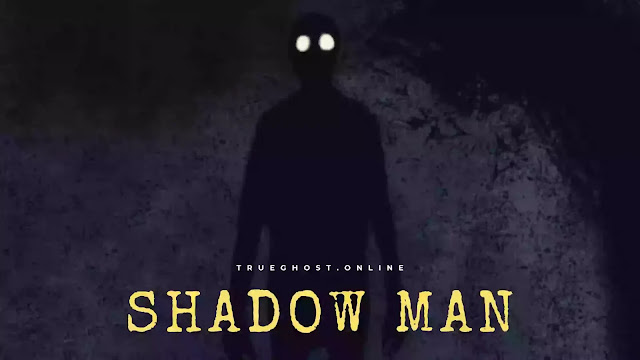 Since I've done so much work, researching and writing about shadow people, I get asked quite often if shadow people could be a type of tulpa. Actually, I get asked a lot of slender men are a type of shadow person.
I get it, the slender man myth seems to feed into what little we know about the mysterious shadow people that people have seen in real life. Tall, dark, and devoid of features, many of these mysterious entities seem to feed on fear while others simply seem curious, just standing and staring at you in the creepiest way possible.
Although eerily similar, shadow people do not whisk their victims away to the forest, nor do they keep human proxies at a mansion in the forest.
The slender man's body is also actually white. It's the dark suit and ominous presence that makes him seem like a shadow person but he's not. And the slender man may not have a tulpa out there anyway.
However, shadow entities are many different things and some of the shadow entities we encounter could possibly be tulpas. Our earlier example from john keel is a great example.
If that entity was only ever seen as a shadow lurking about the house, and it was truly a tulpa created by Walter Gibson, then there you would have a shadow person as a tulpa. Likewise, if someone is trying to create a thought form of themselves and it's only able to render physically as a shadow, then again there you have an example of a shadow person as a tulpa.
As I said before, it takes repeated investigative work to determine what the entity may actually be.

For those interested in tulpamancy, there are plenty of online resources for learning that method of bringing your own tulpas into the world. I would recommend taking a look, however, at the thought-form creation methods presented by Annie Besant in her book "Thought Forms" from 1901.
This work covers creating thought forms through emotion, experiences, meditation, and also through music. She, as well as other theosophists, consider thought forms like a painter who forms an idea in his mind and projects what's in his mind onto the canvas.
What is projected out into the world as a sentient being, that's a tulpa?