The Curse of The Omen - Real Story 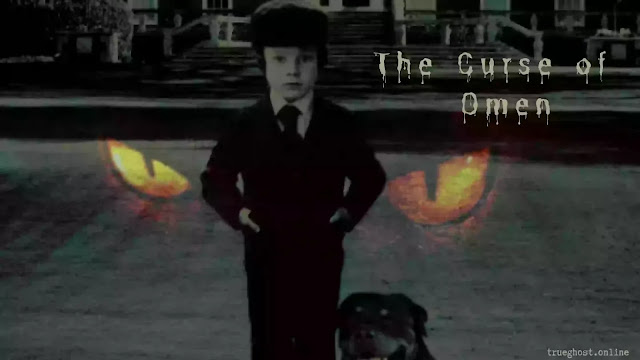 Every culture on earth has an end-times prophecy. A vision of how the world as we know it will come to an end, a story of armageddon. Such as the tale conveyed in the bible's book of revelations, the rise of the antichrist. Today, we're going to take a deep dive into the true story behind the making of the omen, the classic 1970s film about the coming of the antichrist. The curse of the omen

The Origins of the Omen

The omen is viewed as one of the most terrifying films ever made. Released in 1976, it starred Gregory peck and Lee Remick. The film was directed by Richard donner, who later helmed Superman: the motion picture in 1978, starring Marlon Brando and Christopher Reeve.
The omen was written by David seltzer, writer of the Mel Gibson and Goldie Hawn vehicle, bird on a wire.
The story of the omen follows an American ambassador whose child mysteriously dies in childbirth and is replaced by a beautiful baby boy. The ambassador and his wife name the infant Damien and unknowingly raised him as their own. Damien seems like any other child. But as he grows, dark forces gather around him, trying to protect him at all costs.
Horrible events transpire, forcing Damien's adoptive father to make an excruciating choice. To kill the antichrist he must murder his young son. The reviews were mixed, but the box office confirmed the film was a hit. The omen somehow captured the public's imagination and spawned a franchise, three sequels, a tv movie, a television show, and a remake in the early 2000s.
Today, the original omen is considered an icon of the horror genre. But at what price? production of the film was beset by challenges and tragedies, both on set. There are those who would die for him. Leading many to believe the omen was cursed. Where there otherworldly powers at play here? forces that didn't want the story to be told? let's take a closer look.

An Executive's Change of heart

The inspiration for the omen is somewhat unconventional. The story didn't come from a producer, director, or screenwriter. The idea for the omen came from a man named Robert bob Munger, who was an ad executive and a born-again Christian.
Bob Munger wanted to create a movie showing the evil and darkness of the antichrist. He was fascinated by the biblical aspect of it, but he also thought the idea was very commercial and would make loads of money. So he began pitching the idea around Hollywood.
Producer Harvey Bernhard agreed with bob. The idea of Satan was hot at the time. Movies like the exorcist and rosemary's baby had been huge moneymakers at the box office. So Bernhard began putting plans in motion to get this film up and running.
But for some reason, bob Munger had a change of heart. He began to warn Bernhard and others that if they produced this story, it would only bring pain and suffering into their lives. He's quoted as saying,

If the devil's greatest single weapon is to be invisible and you're going to do something which is going to take away his invisibility to millions of people, he's not going to want that to happen.

However, Bernhard ignored the warnings and pushed forward with the production. He would be lucky to live to regret that. At one point, becoming so convinced that the film was indeed cursed that he began wearing a cross on the set.

Tragedy struck almost immediately. The omen had begun preproduction and Gregory peck had signed on to play the lead character of the film. But in June of 1975, before he could even begin learning his lines, peck's son, Jonathan, was found dead.
He had taken his own life. Devastated and distraught, Gregory peck fully committed himself to the omen. The film seemed a way to channel his grief into something real. Perhaps he thought he could pour his anguish into the role and make some meaning out of his son's suicide.
However, Jonathan's death was a harbinger. The first in a series of horrible tragedies that seem to follow those who worked on the omen. 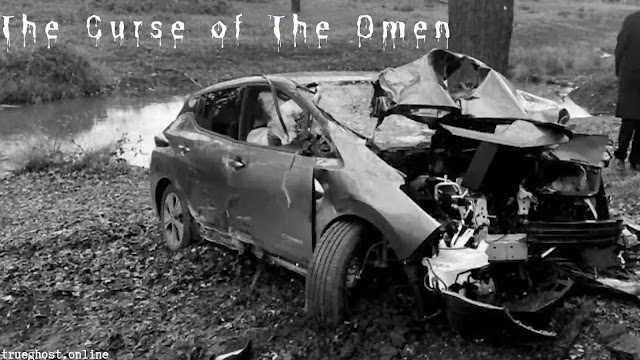 Special effects designer john Richardson created all of the horrifying visual effects for the omen and is considered one of the visionaries of the craft. After completing work on the omen, Richardson began work on the epic world war II films, a bridge too far.
But apparently, not far enough to escape the curse of the omen. While working on location with his wife in Holland, the couple and another visual effects designer named Lismore were driving on an empty road. Suddenly and seemingly out of nowhere, they were struck head-on by another car.
Richardson was rendered unconscious. When he came to, the first thing he saw was a road sign that said omen, one of the towns in the area, was 66.6 miles away. The next thing he saw was Lismore's headless body. She had been decapitated by a flying wheel.

The omen features many terrifying sequences, but one of the most iconic is the scene where Damian and his mother are visiting a drive-through wild animal refuge when a large group of baboons suddenly attack their car.
This scene was filmed with a live baboon inside the car with the actors so as to aggravate the baboons outside. Part of what makes the scene so scary and effective are the shocked expression and harrowing screams of lee Remick. In reality, Remick was most terrified by the close proximity of a wild baboon in the car with her, despite the presence of an animal trainer.
But what's really shocking is that just a few days after the scene was completed, the animal trainer was killed while working with a tiger. Mere coincidence? maybe. 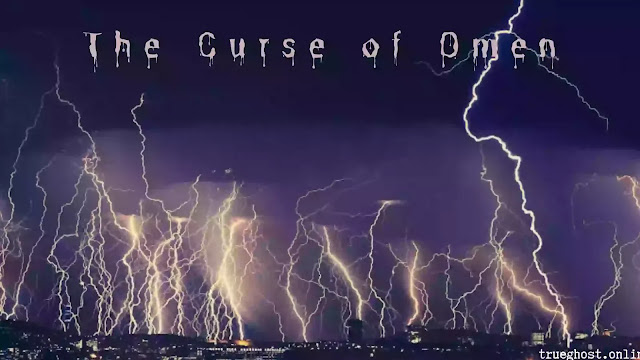 Some of the strange happenings around the omen ironically seemed to come from the heavens themselves. In October of 1975, Gregory peck was on a plane heading for London when a bolt of lightning hit the engine which then caught fire, forcing an emergency landing. Peck narrowly escaped crashing into the Atlantic ocean that day. But that's not the end of the story.
Producer mace Neufeld, who was also flying to begin production on the film, experienced the exact same thing. The plane he was in was struck by lightning as well. An engine exploded and they almost crashed into the Atlantic. At this point, the cast and crew were well aware of these terrifying so-called coincidences. But the lightning strikes didn't end there.
David seltzer, screenwriter of the omen, was flying across the Atlantic as well to begin filming when his plane was also struck by lightning. In addition, around the same time, producer Harvey Bernhard reported that he was almost struck by lightning while standing in a field in Rome.

Another one of the most memorable scenes in the omen is the sequence in which Gregory peck is attempting to flee a cemetery while being pursued by a group of vicious dogs. When they filmed the scene, they used a stuntman. But something went wrong that day.
The dogs became possessed by an unprovoked rage and viciously attacked the stuntman, ripping through the man's protective gear and biting into his arms. One of the dogs went for the stuntman's neck, just barely missing his jugular.
The out-of-control pack wrestled the man to the ground refusing to heel or to listen to their trainer. Luckily, the stuntman was able to get away and survived the attack.

The IRA Almost Struck the Cast and Crew

The set of the omen was filled with near-death, close calls, and actual loss of life. However, perhaps the most dangerous near-miss came when producer mace Neufeld and his wife narrowly escaped being blown up by the Irish liberation army.
The ira, as it was commonly known, was carrying out systematic attacks all over London while the omen was being filmed there. Mace and his wife were staying at a Hilton hotel that was destroyed by an ira bomb. Thankfully, the couple was not in the building at the time.
However, just a few days later, after wrapping filming, the producers and Gregory peck all headed out to dinner only to discover that the restaurant they had been planning to eat in had been blown up as well. That's two narrowly avoided terror attacks in just a matter of days. 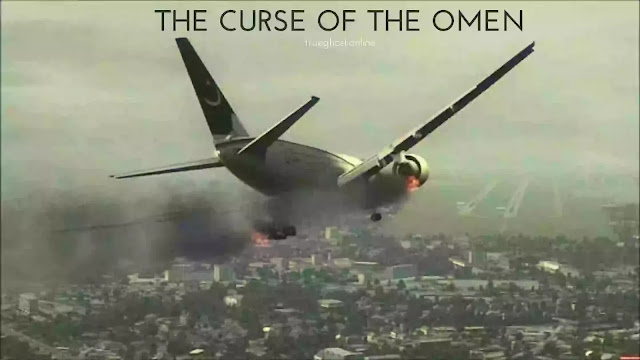 There's a common thread through these stories that anyone involved in the omen is plagued by bad luck, tragedy, and near misses. As it turned out, their next job usually didn't go that well either.
Towards the end of production, the second unit needed to get some aerial footage for the film. So the production rented a small twin-propeller plane. They were all set to shoot when a rich Chinese businessman bought the plane right out from under them.
This minor inconvenience turned out to be a much bigger deal when the plane ran into a flock of birds upon takeoff and crashed, ending the lives of multiple people on board. That second unit aerial crew narrowly escaped death's door that day.

After finishing work on the omen, the stuntman half joint went on to film a bridge too far. For one of the shots in the film, he was supposed to jump off a tall building and land on an airbag, a movie stunt he'd done hundreds of times before.
However, this time, just as he was about to leap, joint claims he felt someone push him. He fell helplessly, missing the crash pad and landing squarely on the ground. Badly injured, he was rushed to the hospital where staffers weren't certain that he would make it. Thankfully, he survived. And to this day, Alf's joint swears that he was pushed from that building.

In the early 2000s, plans to remake the omen were announced. Many people at the time said an omen remake was a bad idea because of the dark legacy of the original film. Indeed, the production did suffer both a loss of life and technical malfunctions.
Actor Pete Postlethwaite, who played the role of the father, lost his brother suddenly and unexpectedly. The man is said to have been playing poker with his friends, received three sixes, and dropped dead.
A scene that featured liv Schreiber and was shot on over 13,500 feet of film spontaneously burst into flame in the film processing lab. Behind the scenes cameras filming an eventual documentary experienced technical difficulties. And one of them even suffered a minor explosion.
Were the sudden death, strange accidents, and technical failures that plagued the remake related to the omen's curse? based on what happened to those connected to the film during its production, it's safe to say the omen didn't just spawn a franchise, it grew into something of a dark legend in the back lots of Hollywood. A warning, perhaps, that some stories hit too close to home. The Curse of the Omen.

So, what do you think? is the so-called omen curse merely the result of a series of terrible coincidences? a product of an ancient fear? or did satan, and perhaps his minions, actually seek retribution for the revelations of the omen, plaguing its creators with a curse that followed some to their grave?