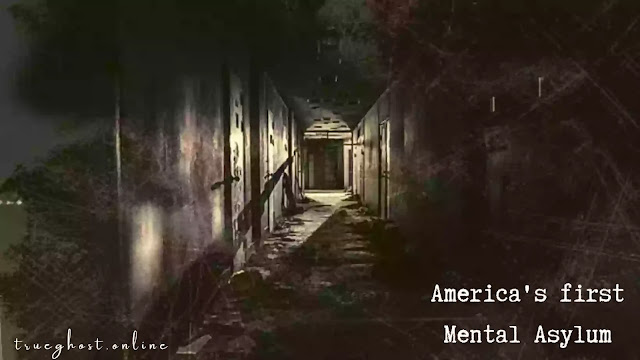 Mental illness is by no means a recent phenomenon in human civilization. It has likely persisted among our species since the beginning. While the modern era has ushered in a more enlightened approach to treating mental illness, there have been long periods where the mentally unstable among us were misunderstood, even feared, and thus shunned and abused. So much so that some of these tortured souls may well haunt the earth from beyond the grave.
Today we'll dig deep into the sinister origins and history of America's first insane asylum, the eastern state hospital, and meet some of the tormented spirits it may have left behind.
Now, if you can handle it, let's go back to the 18th century to colonial Williamsburg, Virginia, near present-day William and mary college, where our deranged tale takes place. 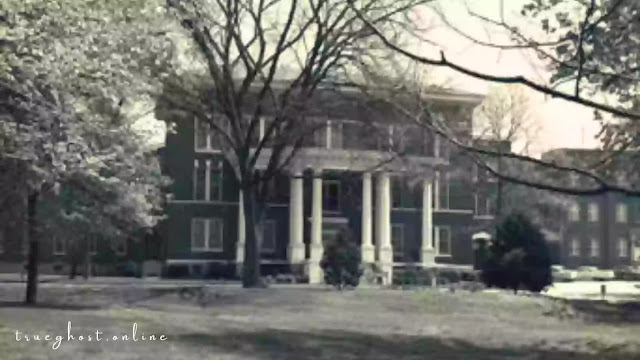 In the 18th century, mental illness was ill-defined, misunderstood, and considered mostly untreatable.
At the time, it was the court system, not psychologists, that was the final arbiter of a person's mental capacity and fitness. This was often determined by a court trial, where a jury of 12 people, usually wealthy landowners, would determine the sanity and the fate of those charged.
For those deemed mad, there were very few options for assistance or treatment. That is until the mid-1700s in the English colonies of America, when Virginia royal governor Francis Fauquier proposed a solution, a home to house, as he put it, quote,

"a poor, unhappy set of people who are deprived of their senses and wander about the country, terrifying the rest of their fellow-creatures."

While governor Fauquier's intentions may have been altruistic, the end result amounted to imprisonment for those considered insane, separating the so-called loonies from the general public.
European empires like England and France built similar public hospitals and homes, or madhouses, to contain those considered mentally ill. Most infamously, England's Bethlehem royal hospital, or bedlam house as it became known.
Though he began the project to build America's first home for the mentally ill, Francis Fauquier would not live to see it come to fruition. He died on March 3, 1768. But just five years later in 1773, governor Fauquier's vision was completed, and the public house for persons of insane and disordered minds opened its doors in Williamsburg, Virginia.
It was the first of its kind in the colonies and began admitting patients at a tumultuous time of revolutionary fervor that included the Boston tea party and other events against America's British colonial masters. These early mental patients became the first Americans to be institutionalized, and they most certainly suffered.
Instead of being treated for what ailed them, they found themselves imprisoned and with few rights.

What would eventually become an eastern state hospital was equipped with 24 cells, each rigged with reinforced steel doors and barred windows to keep patients contained.
Each cell contained a straw mattress and a chamber pot as well as a set of chains in case the orderlies felt the patients needed to be restrained.
The hospital's regimen of so-called treatments would be considered horrific by today's standards. One of the most notorious practices was known as the tranquilizer chair. It was developed by dr. Benjamin rush, who wrongly theorized that insanity was caused by an inflammation of the brain.
He believed a patient could be scared back to sanity through a purification process of intense fear. Patients would be restrained to the chair in such a way that their blood flow would be slowed to relax the supposed brain inflammation. They were also blinded and forced to relieve themselves into a bucket placed under the chair, usually after being injected with laxatives.
All this to cleanse them and make them sane. Usually though, dr. Rush's treatment only traumatized these patients more deeply than they already were. In more extreme cases, patients who could not be controlled or who were considered a threat to themselves and others were locked up in a dungeon beneath the hospital.
These two subterranean cells were built in 1799 to contain patients who tended to go into raving frenzies and for whom normal treatments were considered inadequate. Some were even placed in what was called Utica cribs, wooden- or steel-covered cages where frantic patients could be locked inside and then forced to sleep.

The Treatment May Have been Worse than the disease

18th-century medical care, especially for the mentally ill, was somewhat barbaric by today's standards and often left patients far worse for wear.
This may have been due to the prevailing belief at the time that madness was both a chosen state of being and one that could be cured outright through various methods or medicines. Treatments to cure patients included restraint, electrocution, bleeding, and drowning, among other terrifying methods.
Those who were institutionalized at the eastern state hospital were frequently restrained inside straight jackets and chained to their beds if they misbehaved or if their doctors deemed it necessary for their treatment. As we discussed, many doctors at this time thought the insane could quite literally be scared sane and devised horrifying techniques to accomplish this.
One method involved forcibly dunking and nearly drowning patients in a large tub of ice-cold water. Orderlies would hold patients down in the freezing baths before yanking them back up for air. Other patients would be bled or, as we mentioned earlier, given drugs to make them evacuate their bowels to purify them of harmful fluids the doctors at the time believed were a cause of their madness.

Patients had little to no rights

The patients at eastern state hospital had few, if any, comforts and were treated as less than human.
When the hospital first opened, it featured an expansive lawn and outdoor area where patients could get fresh air, exercise, and see nature outside of the hospital and their cells. It was known as "mad yard." but the mad yard was quickly demolished at the behest and convenience of the staff at the eastern state hospital, leaving patients no way to go outside until 1790, when two smaller mad yards were constructed beside the estate.
These smaller yards were surrounded by 10-foot fences and had no furniture or anything for patients to entertain themselves or each other.
Since the prevailing method of treatment was restraint, doctors wanted patients to feel confined at all times. Patients who died under the care of eastern state hospital were buried in unmarked graves in a nearby field, unnamed and forgotten. Eventually, four granite slabs were placed in the field, etched with the names of former patients. A fifth was also placed to memorialize them with this inscription, quote -

"we erect this monument in memory of those persons whom we have known, loved, and served through the years. While living, they knew the suffering of inner pain, confusion, and despair. Now they are at peace in the hands of God, where no torment will ever touch them again." 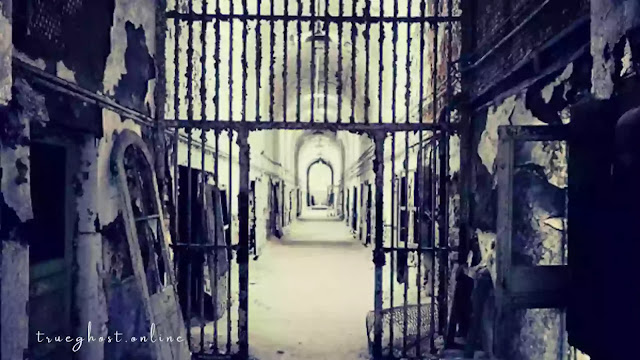 These intense treatments continued unabated at the eastern state hospital for decades until 1841 when a dr. John Minson galt became superintendent of the hospital at the tender age of 22.
Dr. Galt was a student of the enlightenment and believed patients should be treated with dignity and that they could be treated, even reformed, with more empathic forms of care than the traumatic methods utilized by his predecessors. He even changed the name of the hospital from the public hospital for persons of insane and disordered minds to the eastern lunatic asylum.
Dr. Galt used what he referred to as moral management therapy on his patients and seldom resorted to restraints, once going an entire year without restraining a single patient. Instead, he employed a combination of calming drugs to pacify the more unruly patients.
He would take patients on field trips to the neighboring towns and forests, raising morale and a sense of well-being among the hospital's residents. Dr. Galt even argued that many of the patients could be deinstitutionalized, a move that was denied on three separate occasions by the hospital's court of directors. His battles with the court of directors and the civil war occupation of the hospital by the union army were factors that may have led to his suicide in 1862.
Dr. Galt overdosed on laudanum, the very same opiate he used to pacify his own patients. He took such a massive quantity that it caused a brain hemorrhage. Despite his empathy and idealism, the humanitarian dr. Galt, who really seemed earnest about helping his patients, met a sad and desperate end. His restless spirit is said to now haunt the hospital, searching for the patients he couldn't aid in life so that he might help them in death.
Multiple witnesses have reported seeing his ghost roaming the halls of the institution, listlessly searching for all eternity.

Not even Death is an escape

Another infamous ghost from an eastern state hospital is far less altruistic. Allegedly, a violent patient escaped from the hospital and managed to make his way to the Virginia governor's mansion, attempting to kill the governor in the hedge maze behind the residence. Before he could slay the governor, however, he was apprehended and killed.
Today legend has it, the would-be assassin haunts that same hedge maze. In 2003, students from the nearby college of William and Mary continued a time-honored school tradition, climbing over the walls of the governor's residence and entering the hedge maze at night. Once inside, they were aghast as a pair of ghostly feet followed them through the labyrinth. Every time they turned their flashlights on and off or looked away, the disembodied feet seemed to creep closer and closer.
Being stalked and approached by these phantom feet scared off the students, who beat a hasty retreat over the wall they had scaled to get in.

Cursed to burst into frames

The eastern state hospital has also been the site of disasters that go well beyond the inhumane treatment of patients there. Several massive fires have broken out at the site over the course of the decades. The first was a huge blaze that occurred in 1876.
That fire destroyed the hospital's chapel, kitchen, storage rooms, and several other areas of the estate.
The second and largest fire to strike the hospital occurred in 1885. Two patients allegedly died in that huge conflagration, and an even larger part of the architecture and campus was incinerated by the massive inferno. The closest fire department was a volunteer fire squad 50 miles away, so by the time proper help arrived, most of the hospital was in ashes.
The last major fire occurred in 1902 and only destroyed one building that was originally constructed in 1844.

Since it was built in 1773, the hospital had a long and despairing history. After the 1885 fire, most of the campus and buildings had to be rebuilt. And it was at this time it was renamed again from the eastern lunatic asylum to the eastern state hospital by which it is known today. The hospital remained open and treated patients up until the 1960s when it was relocated and the former estate donated to the public. In 1985, the former site was transformed into a museum to document the lurid history of the eastern state hospital and the evolution of mental health in the united states. On stormy nights, museum workers have reported seeing unexplained phenomena, apparitions, and say they've heard tormented screams from deep within the grounds. Perhaps the pain, neglect, and suffering that patients and staff endured at the eastern state hospital still lingers in the halls. It will likely never go away.
So what do you think? are these claims exaggerated? do ghosts of patients and former doctors still stalk the former site of America's first insane asylum?
***