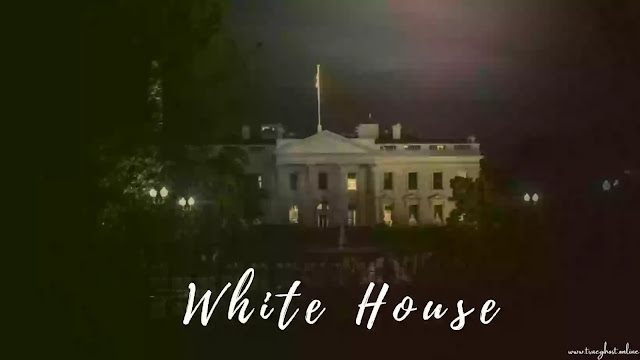 Washington D.C. maybe you’ve heard of it recently. Of course a place with such a remarkable, contentious, even violent history would have ghosts nearly around every corner. Let’s take a look at some of the ghost stories of Washington’s most famous address: the White House.

With so many residents over the years, it’s only natural that some of U.S. presidents and their families might linger. President Andrew Jackson, who lost one of the nastiest elections in history to John Adams before winning the presidency four years later, seems unwilling to let go.
Jackson’s spirit has been reported stomping through the halls, swearing and disparaging his political enemies. His bedroom, known as the Rose Room, is said to be one of the most haunted rooms in the White House.
Jackson has been seen lying in his old bed and letting out a sudden laugh that can be heard throughout the building. While Jackson gets a nice bed, poor President William Henry Harrison is stuck in the attic.
Harrison was the first president to die in office, succumbing to pneumonia only one month after taking office in 1841. Why he’s in the attic is a very good question. 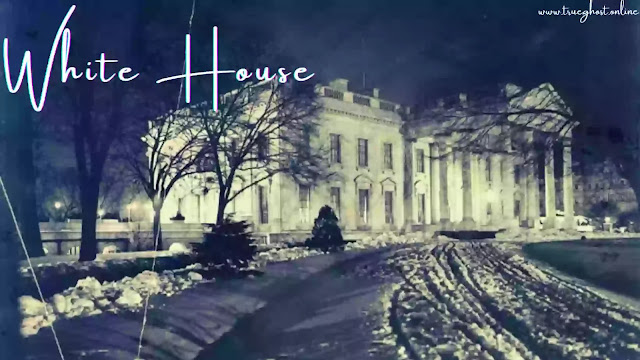 One of America’s most celebrated presidents, Abraham Lincoln, is also the White House’s most frequent visitor from beyond the grave.
Grace Coolidge, the wife of President Calvin Coolidge, said she once walked into the Oval Office only to find the specter of Lincoln standing at one of the windows. He seemed to be staring out across the Potomac, perhaps toward the Civil War battlefields beyond.
Lincoln’s ghost was seen many times during the Franklin Roosevelt years. The Netherlands’ Queen Wilhelmina reportedly answered a knock on her door. As the door swung open, she found herself face-to-face with the tall, bearded ghost of the 16th president, complete with his trademark top hat. The queen fainted at the sight.
Also, during the World War II years, British Prime Minister Winston Churchill told of walking out of his bath, stark naked, and finding Lincoln’s ghost sitting by the fireplace in his room. I’m sure that was a shocking sight for both men.
Lincoln’s ghost seems to be most active when the country is in crisis, which also seems to bring another supernatural visitor out of hiding.

A black cat has been seen running around the grounds of the White House just before some disaster befalls the country. Just some animal got loose, or a harbinger of woe? One odd ghost story is that of the Thing.
During the Taft administration, the Thing appeared as a teenage boy and was known to peer over people’s shoulders as they worked at their desks. No one knows the identity of the Thing, but president Taft took the stories seriously enough that he ordered his staff not to speak of the apparition, or else they’d be fired. Not every ghost of the White House was a resident.
The spirit of a British soldier has been seen wandering the halls, flaming torch in hand. It’s believed he was one of the soldiers from the War of 1812 who, after successfully capturing Washington, set fire to the White House.
A tragic tale is that of Anna Surratt, daughter of Mary Surratt. Mary was convicted of conspiring in the assassination of Abraham Lincoln. Anna bangs on the door of the White House and begs to be permitted to see President Andrew Johnson, Lincoln’s successor. She pleads for a pardon for her mother, but to no avail as Mary Surratt was hanged in 1865.
The White House stands as one of the richest historical sites in the world. It may also be one of the most haunted. Given the chance, go and take a tour, drink in the history of the place, and maybe see some of that history appear before your eyes.
***
# white house ghosts presidents and their speechwriters # white house ghosts book # white house ghost Abigail crossword clue # white house ghost tours pub crawl # white house cockfighters ghost # white house farm ghost # white house ghost