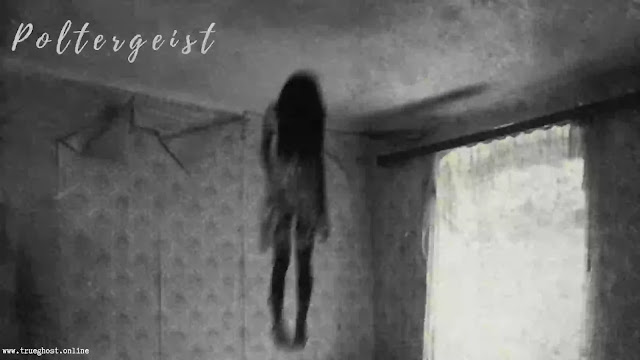 Was the film Poltergeist cursed? Poltergeist is one of the most beloved horror films produced during the 1980s. They're here. From Tobe Hooper's direction to Steven Spielberg's ever-present guiding hand, to the horrifying visual effects, the film is considered a horror classic. However, in the decades since its release, the film has spawned a darker legacy. One filled with untimely deaths, paranormal happenings, strange accidents, ghostly hauntings, and even murder. Today we're exposing the curse of the poltergeist film franchise. Now let's go behind the scenes of the curse of Poltergeist.

Poltergeist was a supernatural horror picture directed by Tobe Hooper, who co-wrote and directed The Texas Chainsaw Massacre, a cult classic of the slasher horror genre. Poltergeist was written by Michael Grais, Mark Victor, and Steven Spielberg. It tells the tale of the Freeling family, who are terrorized by spirits who eventually abduct their young daughter into the great beyond.
The family is left with only one way to communicate with the young girl-- through a static-filled television set. The film was originally intended to be a sequel to Close Encounters of the Third Kind, titled Night Skies.
However, when Spielberg was unable to direct the film because of his contractual commitment to E.T. The Extra-Terrestrial, he enlisted master of the macabre, Tobe Hooper. The two redeveloped the film as a more horror-centric story, and the rest is history.
Released by MGM on June 4, 1982, Poltergeist was a massive hit, both commercially and critically. It was nominated for three Academy Awards and ranked on many people's Best of the Year lists. The film was so successful that it spawned two sequels and a remake.
However, despite the accolades, financial windfalls, and careers that it spawned, there's a seldom discussed shadowy figure lurking just beyond sight. Mysterious deaths, hauntings, accidents, and brutal murder.

There's a sequence in the original Poltergeist film where the mom-- Diane Freeling, played by JoBeth Williams-- is running through the rain Besides a swimming pool that the Freelings are in the process of constructing. She slips and falls into the pool. In the film, the skeletal remains of corpses emerge from the muddy water and begin to attack her.
When they were shooting the sequence, JoBeth Williams was told the skeletons were just props. But they weren't simply man-made props. They were actually real skeletons. Real human bones that the production had purchased from a scientific research facility.
When asked about it for the special TV Land-- Myths and Legends, JoBeth said, quote -

I assumed that they were prop skeletons made of plastic or rubber. I found out later, as did the whole crew, that they were using real skeletons because it's far too expensive to make fake skeletons out of rubber. And I think everybody got real creeped out by the idea of that

Many fans of the Poltergeist film series believe that the use of real human skeletons during filming was the reason a curse seemed to follow many of the cast and crew members of this iconic horror franchise. And there's plenty of evidence of this so-called curse.

At one point in the film, the evil spirits that doggedly pursue the Freeling family possess a small clown toy belonging to Robbie Freeling. The sequence was intended to show the animatronic puppet's arm wrapped around the neck of Oliver Robins, the actor who played Robbie. The plan was to quickly unwind the clown's arm while filming it. The footage would then be run backward to make it appear as though the clown doll was attacking young Robbie.
However, what actually happened was a near-death experience that could have taken a much darker turn if Steven Spielberg was not keenly aware of what was happening.
Robins has since said in an interview, quote -

The way they shot the sequence, they didn't really have the special effects the way they do today. So the clown doll had this extended arm, and they had me act backward. The contraption got caught around my neck. Steven saw that, probably in the video assist, and he pulled me away from it. Who knows what might have happened otherwise.

This was just the beginning of close calls and potentially paranormal accidents that would befall the cast and the crew of the Poltergeist films. 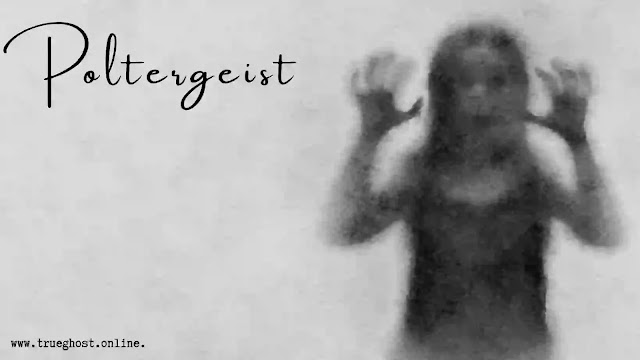 Poltergeist II was released on May 23, 1986. It was directed by Brian Gibson, and the screenplay was written by Michael Grais and Mark Victor. The film brought back JoBeth Williams and Heather O'Rourke to reprise their roles from the first film.
Many unexplained and bizarre events happened over the course of the filming of Poltergeist II. Lights were falling, turning off, and shorting out all over the set. People were seen in gun explainable shadowy figures and hearing strange noises coming out of equipment. Things got so strange, in fact, that the production asked Native American actor Will Sampson, who played Taylor in the film and who was a real-life shaman, to perform an onset cleansing ritual.
Sampson agreed and performed the ceremony. And while it helped the cast and crew complete the 64-day shoot on schedule and on budget, it had an unforeseen consequence. Will Sampson died just one year later from complications of a heart and lung transplant.

Poltergeist III was released on June 10, 1988. Zelda Rubinstein, the character actress who played the diminutive medium Tangina Barrons in the original Poltergeist and was the star of Poltergeist III, reported a bizarre experience during production.
While on set, having her picture taken for publicity stills, she claimed to be followed by a photo light blue. Rubenstein said that after a photo of her was taken, she saw light trails and strange strobing effects for days, if not weeks after. She would later reveal that she thought this happened because the photo was taken at the exact moment her mother passed away.
But the filming of Poltergeist III would get scarier and more dangerous. While shooting a sequence at Oak brook Terrace's Mid America Plaza, a special effects explosion went awry. The blast, which was intended to shoot straight into the air, ignited six polystyrene foam-covered cars, all of which burst into flame. Three extras, a maintenance worker, and two firefighters were badly injured in the explosion and subsequent fire. All told, the blast caused more than a quarter-million dollars damage.
And according to some eyewitness accounts, including those of multiple police officers, the explosion took the shape of a massive flaming ball, and that it actually appeared to be chasing people on the set.

Life and Death after Poltergeist

Dominique Dunne: Eventually, the Poltergeist film franchise had run its course. But the curse continued. Actress Dominique Dunne, who portrayed Dana Freeling in the original Poltergeist film, died on November 4, 1982, at the tender age of 22.
Dominique from a classic Hollywood family that included her father, writer/producer Dominick Dunne, and her older brother, actor Griffin Dunne met a young sous-chef named John Thomas Sweeney at a party in 1981.
After a quick courtship, the two moved in together. But it wasn't long before Dominique realized it wasn't a good fit. John was prone to bouts of rage and was wildly jealous. Their raucous fights quickly escalated into physical violence. But things got much, much worse.
The night before Halloween, 1982, John Thomas Sweeney strangled Dominique Dunne to death after an argument. During his trial, Sweeney testified that he could only remember being on top of Dunne with his hands around her throat.
Heather O'Rourke: And then there was Heather O'Rourke, the angelic little girl who was the face of the Poltergeist franchise and who also suffered an untimely death. Born on December 27, 1975, O'Rourke did not originally audition to be in Poltergeist. Her older sister Tammy did, while she was shooting the movie Pennies From Heaven. As the story goes, Steven Spielberg went to the studio commissary after Poltergeist auditions were over and spotted Heather and her family eating lunch.
He asked to meet Heather and quickly became convinced that she was the right person for the role. She was signed the next day, chosen over Drew Barrymore, the child star of E.T. Heather was only five years old.
Heather O'Rourke portrayed Carol Anne Freeling in all three original Poltergeist films. However, after exhibiting flu-like symptoms on February 1, 1988, she collapsed in her home. She was rushed to a community hospital in El Cajon, California. On the way, she suffered a cardiac arrest. Paramedics were able to revive her and she was quickly flown to Children's Hospital in San Diego. While there, after undergoing surgery for intestinal stenosis, she suffered another cardiac arrest. Ultimately, the cause of death was ruled congenital stenosis of the intestine, complicated by septic shock.

The Ghost of the Franchise 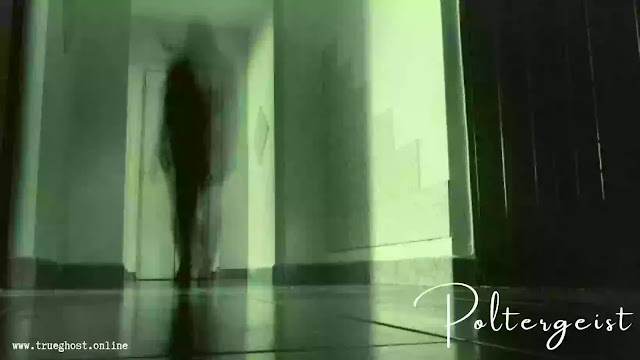 Author James Kahn, who was hired to write the novelization of the first two films, also experienced some extreme circumstances that have since been attributed to the Poltergeist curse.
While writing the first film's novelization, a lightning bolt hit his home. It blew up his air conditioner, and the faceplate flew off and hit him in the back. From that day forward, he says whenever he would attempt to play video games in his house, they would start playing themselves and glitching in very disturbing ways.
Additionally, Gil Kenan, who directed the 2015 Poltergeist remake, was haunted by a spirit from the beyond while making the film. In a Reddit "Ask Me Anything" segment, Kenan said, quote -

The location for the house during shooting I chose because it had a strange and unnecessary feel that the houses of this particular community were built around. And we found, throughout production that we had persistent and repeated equipment failures only on that strange plot of land.

The production struggled with keeping equipment turned on, GPS signals for drones working, and the camera's batteries charged. Eventually, Gil Kenan figured out that the house he was renting during the production was, in fact, haunted by a woman clad all in black. "The house that I rented during filming was straight up, legit haunted by a female spirit dressed in black," he recalled in the same AMA. "And I became aware of her within the first few days of staying in the house. And only after I left did I receive a call from the previous owner, who'd moved back in, who was terrified by the goings-on in the house and wanted to see if I had experienced any of it. So it was an incredible real-life inspiration for filming that followed me home."
Poltergeist is considered a true classic of the horror genre but is perhaps as renowned for its off-screen tragedies as for its onscreen chills. The lives of the people the film has touched have forever been changed-- some for the better, some for the worse. One could say that Poltergeist is a film franchise that has made one thing an indelible certainty-- never use real skeletons.
So what do you think? Are the Poltergeist films cursed? Let us know in the comments below if you have the courage.