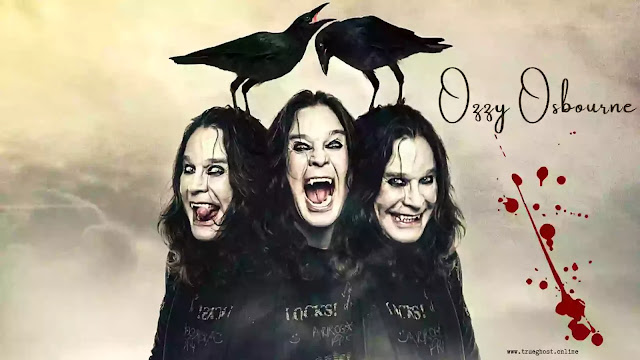 The prince of darkness has shocked us for years, but is Ozzy Osbourne also a prince of the paranormal? Ozzy Osbourne has been known as the prince of darkness for decades, starting with his years in black sabbath and then moving on to a huge solo career. We'll explore what spooked Ozzy along the way to superstardom.
Black Sabbath is widely regarded as the first metal band, starting with its ground-breaking 1970 album and title track of the same name. However, having written four albums in less than five years, the band was in a bit of a writing funk, and guitarist Tony Iommi admitted he had writer's block. They had been in Los Angeles and decided to change up the scenery and head back to their roots in the UK for writing inspiration. 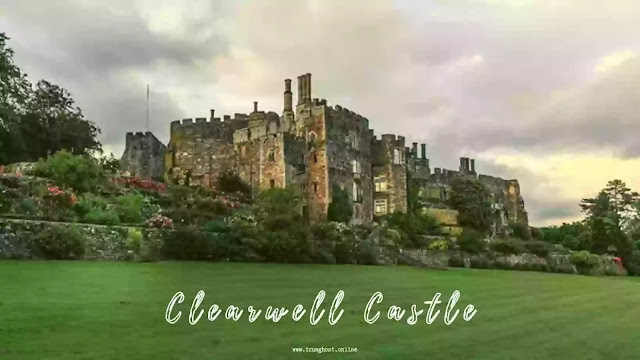 Where they landed was at haunted Clearwell castle in the forest of dean in Gloucestershire. Locals claim the castle is haunted by a headless figure who roams the corridors at night, moaning and wailing. There, black sabbath set up in the dungeon and got to work.
As Ozzy said in his autobiography -

As soon as we'd unpacked our bags, we all started to get the willies, big time. At least that took the pressure off us, as far as the next album was concerned. We were more worried about sleeping alone in these spooky old rooms with swords and armor on the walls than coming up with another million-selling lp. We weren't so much the lords of darkness as the lords of chickenshit when it came to that kind of thing.

Since they were in a haunted castle, they played several tricks on each other to see who could scare whom the most, but they also held many seances to try to contact the spirits who were said to roam the halls.
In fact, one of the spirits was seen in a corridor one night by tony, although he couldn't recall if it was Ozzy or one of his other bandmates with him at the time as he described -

We were walking along the hallway and saw this figure wcoming towards us. It's a long corridor. This figure turned left into this room, which was the armory where they had all the weapons. We followed and went in. There was nobody in there. And there was no way out or anything, no other door. Very odd. Anyway, a few days later, the people who own the castle came to see if we were okay, "and we said: 'we've seen a few strange things happening "here', we told them.

Finally, after days of mucking about in the castle, tony found his inspiration, the riffs started coming, and the album sabbath bloody sabbath was born.
Gloucestershire, where Clearwell castle is located, is itself is extremely haunted, and boast some of the most haunted locations in the entire UK. This includes the Tudor house hotel with its famous lady in white, and the ancient ram inn which was originally constructed in the 12th century on top of a pagan burial ground that is said to be haunted by a little girl who was murdered at the site, shadow people, and an incubus, among other spirits.
Perhaps there's a supernatural draw to the area, something about the energy there that drew several bands to write there. These bands included Led Zeppelin, Whitesnake, Badfinger, and Deep Purple whose bassist Glenn Hughes claimed he and Ritchie Blackmore also conducted seances at Clearwell Castle and received voices back. It could also be the at the black sabbath, the band itself was haunted.

The line in the title track from their first album, "Figure in black stands before me," is supposed to be inspired by a paranormal encounter bassist geezer butler experienced. According to the butler, he awoke from a frightening nightmare one night to discover a black figure standing near his bed, just watching him. This sounds like a creepy shadow person encounter, and the terrifying moment had significant enough impact to inspire him, musically. 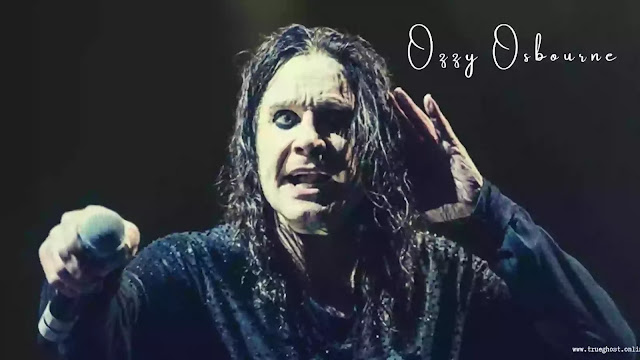 As for Ozzy Osbourne, when he launched his solo career, his taste for the occult hadn't changed. While writing material for the blizzard of Ozz album at the old mill house, then part of Rockfield studios, Ozzy, guitarist Randy Rhoads, bassist Bob Daisley, and drum tech spencer decided to conduct a séance with an ouija board one night.
It's said that the pentagrams and the other symbols from Ozzy's sessions there are still on the walls, hidden behind the soundproofing.
According to Bob Daisley's autobiography, one-night Ozzy, randy, spencer, and I decided to have a seance with an ouija board. After a while of asking questions and getting y-e-s and n-o answers, the glass moved and spelled out v-e-r-n-i-n-o, vernino. Then it spelled out randy followed by you are going to die.
We didn't like the vibe and stopped at that point. We were all freaked out, so we broke the glass, threw the paper letters of the alphabet into the fire, and poured salt on the table. I tried to take some of the scares out of it and lighten things up by laughing and saying "See rand? you'd better give up smoking mate!"
The name vernino wasn't familiar to any of us and obviously sounded Italian. A bit later in the week, during a conversation with the owner of Rockfield studios, we learned that the house where we were staying had been a prisoner-of-war camp during the second world war for, Italian prisoners.  Tragically, Randy Rhoads died in a plane crash shortly thereafter in 1982.
Paranormal activity surrounding Ozzy Osbourne extended to his home. Jack, his son, who has now hosted several paranormal television shows, has been very forthcoming of the activity in the Osbourne household while growing up. Jack witnessed a closet door in the hallway opening and closing on its own, as well as cabinets and drawers, and he also heard disembodied voices throughout the mansion.
One time, he and his sister, Kelly, were alone in the house watching television and heard distinct footsteps on the third floor. During another incident involving television, jack and Ozzy witnessed a dark figure above them and yet another time in which they saw together a girl with long, dark hair coming down the stairs.
The Osbourne's are a very haunted family, indeed, and they seem to welcome the paranormal into their lives. After all, on the Ozzy and jack world detour, they visited several famous haunted locations.