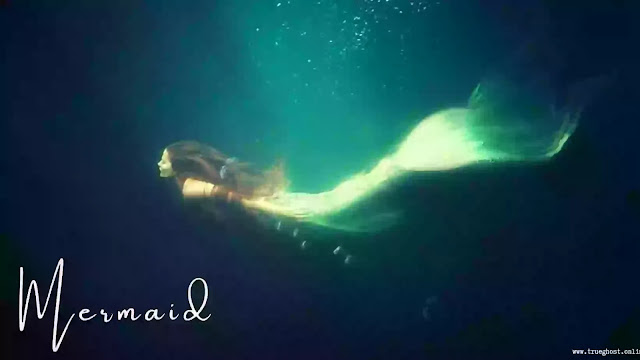 Today, I would like to start with some of the earliest known tales of mermaids as seen in Syrian mythology. We will also be looking at mermaids as seen in Irish and Scottish folklore known as the merrows and selkie-folk and learning a little bit about where these mermaid folk tales of that region came from.
We will also be discussing mermaid-like deities seen in African tradition, and the works of an ancient naturalist whose works basically deemed mermaids to be a real and true entity, as natural to the world as any other mammal or ocean creature that we have documented proof of.

In Syrian mythology, we have one of our first mermaid tails that begins with the story of the goddess Atargatis.
She was said to have fallen in love with a mortal man, a lowly shepherd. The tale states that the man did not survive their coupling, and after which, Atargatis, being distraught and suffering from deep guilt for having killed her lover, threw herself into a lake wherein she transformed into a water-bound creature.
She remained of the human form above the waist as to retain her eminent beauty, but in place of our legs, she grew a fin and the tail of a fish.

In the Babylonian mythos, in the fourth-century b.c. We have the god ones who is a version of the god ea. He was the god of the sea, and it was believed that every day he would leave his kingdom in the ocean to come to land and educate the mortal man on the subjects of science written language, and much more.

For centuries, and perhaps even thousands of years, mermaids have been on the forefront of the culture of coastal societies, and in Irish folklore, the merrows were regarded as water maidens that were said to have a sort of greenish tinge to their skin and hair, the tail of a fish and webbed fingers. In most folklore, we see mermaids that are strictly female and in the legend are believed to be beautiful and striking in appearance.
However, their male counterparts in these Irish tales are thought to be particularly frightening and even extremely unpleasant in appearance. It is because of this distinct difference of physical attributes between the two sexes of marrows that the female marrows are said to lure in human male sailors to be their mates, rather than be doomed to procreate with the hideous male merrows.
The male merrows are said to be resentful of this and as a sort of active revenge are thought to capture the souls of those mortal men who are lost at sea and entrap them in pots at the bottom of the ocean. The merrows were said to wear magical caps on their heads and as recorded by William butler yeats, the cap was said to be red in color and was believed to be the reason that these water maidens could reside within the depths of the ocean.
If it is taken from them, the marrows are unable to return to their home beneath the waves.

The Norse settlers of shetland and the western isles of Scotland brought with them many tales of fin-folk and selkies that originated with the natives of Norway called the Sami people who were feared and revered for their magical abilities.
These people known as the final in Norse were said to be able to shapeshift into an array of forms, including that of sea creatures.
In Scottish the word selkie means seal. And in folklore, a selkie is said to be a seal that transforms into a human.
Shedding its seal skin once on land, the selkies were not able to return to the ocean without these skins and if lost, stolen, or destroyed, they would be destined to remain human.

In southeastern Nigeria, the Mami Wata translated to mother water is a goddess that is usually depicted as half-human, half fish, or serpent creature. Often she is artistically seen accompanied by a serpent that is coiled around her. Its head is usually situated between her breasts and is a symbol of divinity.
Some believed the realm of Mami Wata to be not always within the depths of the ocean, but to be situated beyond the veil of this dimension.
She is also said to carry with her a mirror, which represents her movement within the here and now, and also in the future. She is on some accounts said to be fully human and may walk freely among mortal men at times, surveying the people of the land. This water deity was believed to take fishermen and those traveling the waters of Africa from their vessels and lead them to her realm.
She is said to gift those who are allowed to return to the land of a man with a greater understanding of the universe and to be enlightened in ways that they would have had no understanding of if not for her intervention. 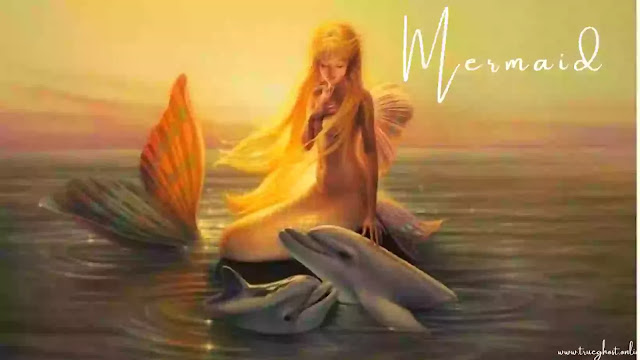 A roman scholar known as Pliny the Elder, who was held highly responsible for some of the first studies of naturalism, wrote about creatures that are of greek mythological origin called nereids, that though they bore the bodies of men were covered in fish-like scales.
These creatures were said to have resided within the depths of the ocean, though he took many records of eyewitness encounters of these beings from those who claimed to have seen these beings washed ashore.
One encounter that he wrote of tells of a nereid who in the late evening hours was known to crawl up onto passing ships, and if he remained on the ship for an extended period of time, the ship would cease to float and begin to sink beneath the waves.
__________
Mermaids are such a staple in cultures, the world over. These tales and records of mythology, history, and religion are just some of the stories that have been passed down to us in these modern times and have brought to us today one very important piece of our inherited heritage that reaches back to the very beginning of human imagination and folklore.
Trickling down through time, the idea of mermaids is still intensely focused on the subject in this day and age; and when one visits the ocean, with the sea breeze whispering to us quietly, we keep an eye open for that mysterious and quintessential mermaid tail. The child within us hopes beyond hope to catch a glimpse of these watery maidens toying with our imaginations as they break the surface of the water.
****