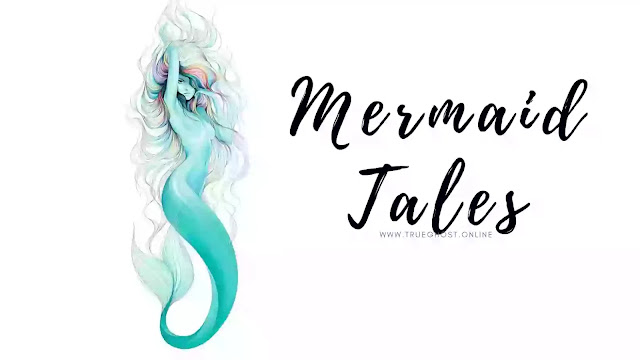 In the previous we have been introduced to just some of the ancient mermaid stories pulled from all over the world, coming in from many diverse civilizations. As we have seen, the idea of mermaids is a deep-seated and popular part of our history. And today they are still an extremely hot topic.
One of the most popular mermaid stories of modern times would be the animated movie adaptation of the Danish author, Hans Christian Anderson's fairy tale the little mermaid. Most of you have seen the cartoon movie version, but the fairy tale written in 1837 is situated in a much darker aesthetic.

The tale tells of a mermaid princess who wants at the age of 15 is permitted to venture to the surface of the water for the first time as a part of an annual ritual. Upon breaking the water surface for the first time she finds a human vessel and upon it, a birthday party is being held for a young prince whom the princess instantly falls in love with.
The story goes on to loosely resemble the more kid-friendly version of the story that we all know, but with a much darker twist.
She acquires a pair of human legs with the aid of a powerful and dangerous sea witch. But as always, this transformation comes with a price.
In exchange for these human legs, she surrenders her beautiful singing voice to the sea witch. Another agonizing price to pay for these legs is this sensation of walking on razor-sharp blades with every step of her magical appendages.
For all of her turmoil and hardship, in the end, the mermaid's prince inevitably marries another human woman. This sends the mermaid into a fit of jealousy and heartbreak wherein she plots to kill her would-be lover and his new wife.
The mermaid comes to the moment of her plotted revenge, but cannot follow through for her love of the prince reaches beyond her heartbreak. She flings herself into the ocean, but instead of turning back into a mermaid, she transforms into seafoam and becomes an ethereal earth spirit.
One other ancient and well-known story would be that of homer's odyssey. Our hero Odysseus is warned by the goddess circe of the sirens that he will undoubtedly encounter upon his quest. These monsters creatures are gifted with enchanting voices and all those who hear their mysterious song are assuredly lured to their deaths.
However, in Greek mythology, the sirens are not the mermaids that we confuse them with today. The sirens are in fact, half-bird, half women. Over time, sirens and mermaids were grouped together and their mythological differences were forgotten. It is now quite common for a siren to be called a mermaid and a mermaid to be called a siren. 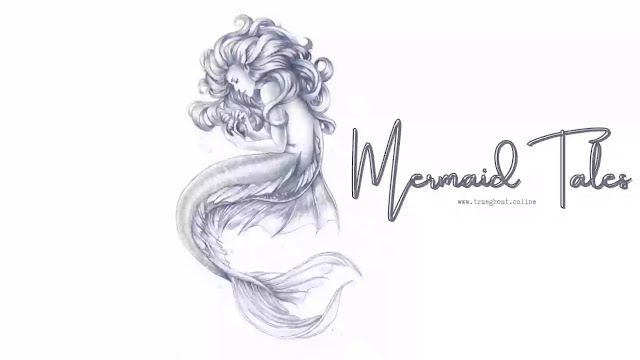 Beyond these famous and wonderful tales, there are eyewitness testimonies that tale of mermaid sightings all over the world. In 2009 in Israel, one mermaid sighting was taken so seriously that a $1 million reward was issued by the Kiryat yam government. For anyone who was able to obtain photographic evidence of a mermaid. To this day, no one has been able to produce any photographic evidence to explain and solidify the supposed dozens of sightings that have been recorded in that part of the world; but many still visit the ocean side at sunset, hoping to catch a snapshot of this elusive and mysterious being and claim that hefty reward that is taunted tourists and locals for the past decade.
People want so badly to be granted evidence of these magical creatures that we have all been told tales of from a very young age. Hopes were high when the animal planet began to advertise a documentary series that appeared to hold footage of a real and true mermaid, finally proving what we have all hoped beyond hope for, for so long; that mermaids actually exist!
Millions of people watched as the first episodes were released, sadly, realizing that this was really more of a science fiction broadcast than a documentary. Alas, this was animal planet's most successful show to have ever aired at the time, proving that people love to entertain the idea of these fantastical beings.
Today, every little girl's dream of meeting a mermaid has been made a reality. Performers all over the world dress in meticulously crafted mermaid costumes, complete with mermaid tails, and are hired for special events and photoshoots.
It is also a hobby for many to handcraft their own mermaid tails costumes and other trinkets completing that mermaid aesthetic that has become so popular since the turn of the century.
As we have seen over the course of this series, mermaids are magical creatures that have been such a huge part of ancient and modern society and have played a pivotal role in coastal cultures in particular.
Is there truly a vast and varied society of mer-people living in the waters of our world, only periodically making appearances to those who are fortunate enough to tell the tales that have stuck with us over the millennia and into modern times? or are mermaids a product of our collective human imagination?
Mermaids are perhaps one of the greatest examples of the personification of the things that we do not fully understand. The vast oceans beyond the shore remain one of the greatest mysteries that mankind has yet to fully comprehend, and it is estimated that around 80% of the ocean remains unmapped and unexplored. With this staggering statistic, one can safely speculate and indulge in the idea of a special species of ocean life that anatomically resembles our own body composition from the waist up.
What secrets await us beyond the shores of the world? what new and elusive creatures will the exploration of the ocean bring us in the years to come?
Perhaps one day, not too far in the future, our curiosity will be rewarded with solid and real evidence of these creatures and the mythology of the mermaid will become fact. Until that day comes we keep our imaginations alive, listening to the tails that echo through time, telling us that there is more, more beyond what we can see, existing right alongside us on this magnificent blue planet.