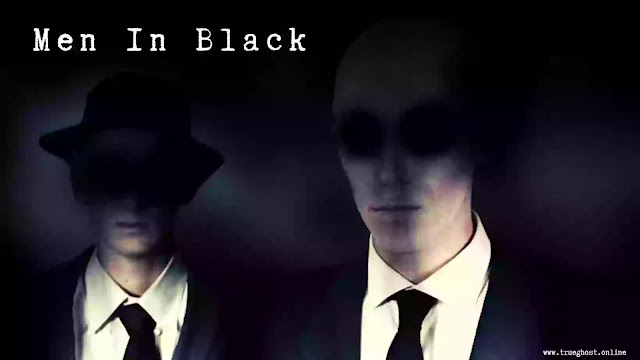 They're mysterious, they're intimidating, they want to silence your alien encounter, they're the men in black. Today talk about men in black who are they.

Who are the men in black?

Imagine you witness a ufo, and like a responsible citizen, you call your nearest air force base or airport to report it. And shortly thereafter, you receive a knock on the door by intimidating men in black suits. What they tell you is that it's in your best interest to stay silent about your encounter, to act like it never happened.

Are they really from a shadowy government agency? and why are they trying to suppress information about extraterrestrials?

These are the men in black, mysterious dark-suited men who show up after these extraterrestrial encounters, acting like government officials who will make you disappear if you decide to talk. They're known for the black suits and black hats, many are known to be bald, and many are known to be wearing sunglasses.

The evidence they are real 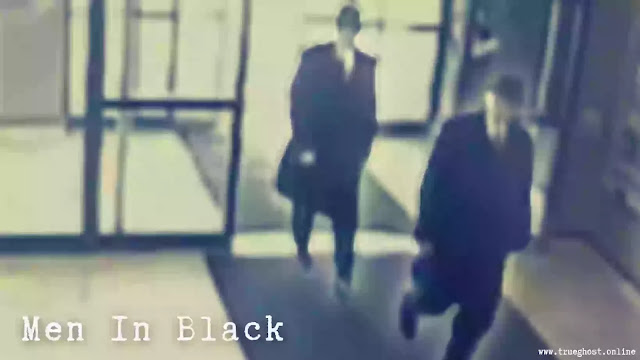 The first men in black sighting, however, was long before that, back in 1947, just before the Roswell incident. Near Maury island in Washington state, Harold Dahl was scavenging logs, when six doughnut-shaped discs appeared above him. One appeared to be in trouble and began expelling chaff and slag into the air.
According to dahl's initial report, his dog was killed in the incident and his son was injured. The next day, he was visited at his house by a man in black who wanted to meet with him at a diner to talk to with him about what had happened out at the lake. Dahl thought the man was from the government and he was reportedly intimidated to change his story.
Dahl didn't, however, and told his story to ray palmer of "fate magazine." palmer wanted to get to the bottom of what happened at Maury island, so he hired local pilot, Kenneth Arnold, to investigate.
Arnold had become famous for his ufo sighting near mt. Rainier just before Roswell, and is also credited with coining the term flying saucer.
Arnold asked two army officers to investigate other witnesses of the doughnut-shaped saucers, and they collected from the witnesses some of the slags. When they flew out of Washington state with the slag, however, their plane caught fire and crashed, killing them both.
Some believe the men in black were involved with the crash, and after the tragedy, dahl refused to talk about the incident anymore, and actually called it a hoax.

Another early witness to the men in black was Albert k. Bender, who established the international flying saucer bureau in 1952 during the great ufo flap that year to report encounters. This included a quarterly published journal called "space review."
Just a year after he started the ifs, the bender was visited by the men in black who threatened his organization and journal and insisted he not talk about ufos and extraterrestrials.
Bender stopped his work immediately. He did, however, share his experiences with gray barker, who in 1956 wrote, "they knew too much about flying saucers," a book about what happened to researchers of ufo phenomena and introduced the public to the men in black.
J. Edgar Hoover and the FBI became extremely interested and questioned gray about the bender and his flying saucer bureau. Hoover wanted to know more about the mysterious men in black, which does support the idea that the mibs were not FBI agents and may not have been government officials, or at least government officials that hoover knew about.
There's a precedent for government officials to wear dark suits regardless of affiliation. When I worked for NSA in the mid-1990s, I was in the air force at the time. And while I would always wear my air force uniform inside the NSA headquarters buildings, which was most of the time, there were occasions on which I'd have to go visit field sites, hidden in plain sight amongst the public. And on those occasions, I was required to wear a dark suit, not necessarily black, but dress in a style that would actually be hidden from the public, that they wouldn't understand that I was actually working with the military. And, no, I'm not saying that I was a man in black.
In 1962, Albert bender resurfaced with his own book, "flying saucers and the three men," in which he told the following story.
Late one night working in his office, Albert started to feel ill. He decided to lay down, and when he did so, he saw three shadowy figures with shining eyes and wearing fedoras materialize through the wall. He stated that these beings communicated with him telepathically and that they were aliens.
With the publication of his book with this story, people began to wonder if the men in black were extraterrestrials who were trying to suppress the disclosure of their presence on earth. I've been asked by several people about whether or not the hat man shadow entities are really the men in black since this is a subject I've conducted a significant amount of research. My friend just recently published this book about shadow people, "a walk in the shadows."

I believe the bender experienced two different phenomena.
I believe he thought these three entities to be men in black because he had already had the man in the black experience. This was the 1950s, he probably wasn't very familiar with hat man activity, shadow person activity, and so he drew upon context that he was familiar with, and he was familiar with the men in black. So, this was the same guy experiencing two different types of phenomena several years apart. It happens.
After the publication of this book, the bender completely disappeared from the ufology scene.

Over the years, scores of other people have reported men in black sightings, including actor, dan Aykroyd. Aykroyd has been on record many times for having ufo encounters, but he also once had a creepy encounter with the men in black. He was in new york filming for a sci-fi show that was going to cover encounters and strange incidents, when he stepped outside to take a call from, of all people, Britney spears.
She was asking him about appearing on Saturday night live when a mysterious black car pulled up across the street. Out stepped a very tall and pale man in a black suit who gave Aykroyd a dirty look before stepping back into the car and driving off.
Aykroyd went back inside and the show was soon canceled just as they were about to interview dr. Steven Greer of the disclosure project. Of course, the information still gets out to the public. Television shows and documentaries about extraterrestrials are still created, and there is a countless number of podcasts today talking about the subject. So, it's not a complete sweeping away of this knowledge, but perhaps they're just picking particular cases to show up and intimidate people.
Who are the men in black? it's still a hotly debated topic. Are they a secret government agency? are they extraterrestrials? are they interdimensional beings? they could actually be all three.
Perhaps, in some cases, a government agency does step in and intervene to prevent certain things from being brought to light. It certainly wouldn't be the first time. And sometimes, these things may actually be extraterrestrials or even interdimensional beings, disguising themselves and taking on the persona of a government agency that is known for intimidation tactics.
Whichever the case, the men in black continue to be some of the most mysterious and enigmatic entities associated with extraterrestrial and ufo phenomena.
***
# men in black international, men in black 3, men in black 2, men in black 1, men in the black cast, men in the black international cast, men in black 3 cast, men in black full movie, men in black 3 full movies, men in black actor, men in black