The true story God's she wolf 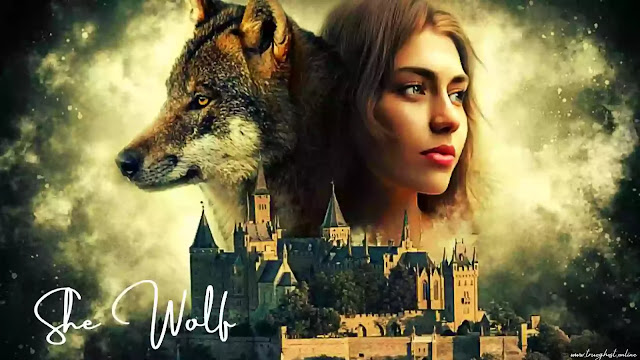 One of my favorite childhood legends is one of God's she-wolf. It is one of the tales that are neither good nor evil. But interesting from so many aspects. The story of God's she-wolf takes us to the northwest part of Croatia where it still passed on through generations to this day.

It is said that God's she-wolf used to come into villages and slaughtered people in her wolf form. She was feared and respected at the same time.
Having enough of the tales about her, a young man hid in a mill one day waiting for the feared wolf and to kill it. As the night fell the wolf finally appeared Still waiting in his hiding place the young man observed as the wolf looked around searching for its prey. As there wasn't anyone in sight the wolf stopped in the middle of the room and something magical happened in front of the young man's eyes.
The wolf took of fits pelt and turned into a beautiful woman. Barely believing his eyes the young man remained in his hiding spot and observed as the woman lay down and fell asleep. He remembered the old wives' tales he heard about the creature known as God's she-wolf.
Realizing that the stories were true he did exactly as it was told. The young man snuck to God's she-wolf, took her pelt, and hid it under the millstone.
It is said that once her pelt is hidden she couldn't turn him back into a wolf. As she awoke the young man started blackmailing her. In the end, God's she-wolf agreed to marry him.
Years passed by and their love eventually blossomed. God's she-wolf and the young man had a child, and they seemed to live a good life in the milk where they first met. But one day as she was cleaning she noticed something familiar underneath the millstone. It was her pelt. As it was her nature, she took the pelt, turned back into a wolf, and ran away into the forest. 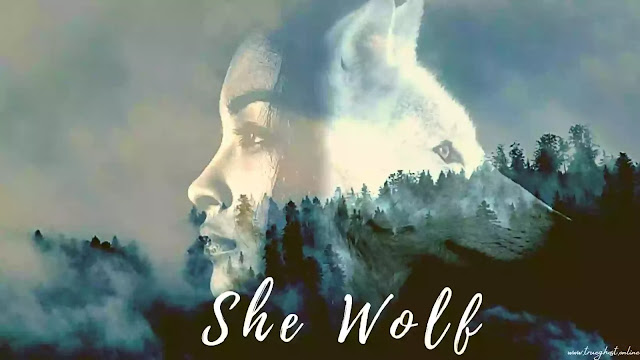 Heartbroken and only now realizing that it was wrong for him to blackmail his beloved God's she-wolf he ventured to the wilderness to find her and bring her back. He searched through the forests and fields all day and night before finally coming across the Wolf's Shepherd and his pack.
He asked the Shepherd if he had seen his loving wife but the Shepherd smiled and told him:

I have but I can't just give her back to you.

Willing to do anything to bring her back the young man agreed to the horrific bargain. You can have her back if you guess which one she is. The shepherd pointed to his wolf pack but.

But if you guess wrong my pack will tear you to shreds.

Looking at the huge wolf pack, the young man took his time and followed his heart. He pointed to a wolf and to his luck he picked right.
It is said that the young man took his beloved God's she-wolf home and they lived happily ever after. But, not all men were so fortunate. There are many stories in existence that tell of men who tried to steal God's she-wolf pelt hoping to marry a beautiful woman and got killed.
If we look into this story from today's perspective we have to ask ourselves what was the purpose of telling this particular legend? Legends often have a purpose of Education no matter if they have a fairy tale or a scary background. But what about this one? What about all the young men who put themselves into mortal danger seeking something that may or may not exist?
Because this story is basically telling us to go straight into a wolf's territory in hope of finding true happiness. So there you have it. God's she-wolf. Myth or reality? Is there are a magical wolf in existence that turns into a stunningly beautiful woman or is this yet another story to tell in the dark? It is up to you to decide and remember there is always something lurking out there just waiting to eat you up so beware... beware. ( creepypasta )
***