The legend of Veronika Desinićka 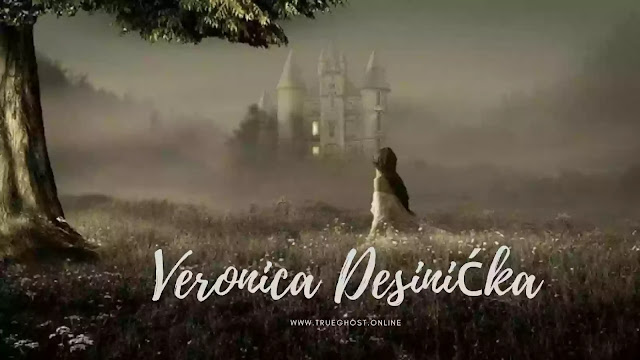 Great love stories often end in tragedy. One such is the popular story of Veronica Desinićka. Our story begins in the 15th century in a town called Desinić located in Croatian zagorje and in a castle known as Veliki Tabor.
One day, as he was riding a horse on his father's property young Fridrih, noticed a beautiful blond peasant girl Veronika. He fell in love the moment he saw her and the feeling was mutual.
Soon the love between Veronika and Fridrih blossomed. But that didn't agree with Fridrih's father; wealthy Count Herman the second Celjski. But that didn't stop the lovers. Soon Veronika and Fridrich fled from Desinić to the town Fridrihštajn in Slovenia and got married.
Fridrihštajn was named after Fridri's hand was actually a gift from his father. Their peaceful life didn't last long. Herman soon found out where the two lovers were so he gathered his army and sent them to Fridrihštajn to bring back Veronika and Fridrih.
Fridrih begged Veronika to run hide. And she did. She went all the way to a small village. Margita and hit with a villager Fridrih he knew well. Unfortunately, Fridrih didn't escape his father's army, and he was taken back to his castle Veliki Tabor in Desinić.
It is said that Herman didn't even want to look at his son and immediately sent him away to be locked up in a castle tower instead. Allegedly as he was locked in the tower all doors and windows were walled up, leaving him only with a small window through which he could receive food.
Four long years passed before Herman decided to pardon his son but up to that point Frdrih was no longer in a good shape to live his life normally, and that is where the historical records about Fridrih end.
On the other side, Veronika had the strain of even worse luck. Soon Herman's informants told him about Veronika's hiding place and Herman'sarmy brought her back to Veliki Tabor castle where she was locked up in a prison.
Herman accused Veronika of being a Coprnica, a witch who bewitched his son into falling in love with her. He immediately called upon the judges and they started Veronika's trial. It lasted for two long days but by the end of the second-day judges said their verdict.

Count Herman there is no guilt on this girl. let alone a crime. The only thing she holds is a great love for your son. Oh great count Herman, love has never been asin. It is one of the greatest human. virtues and with that, great count Herman,our trial is final.

As judges left the courtyard furious count Herman ordered his servants to kill Veronika. They brought a bucket filled with water and drowned the poor girl. As she was dead they carried her body to the first floor of the castle where the walled her up inside the sidewall.
In the year 1982a female skull was discovered inside that same wall. There is no certainty that it belongs to Veronika Desinićka. But many people choose to believe that it is. To this day people report loud cries coming from the castle as if Veronika is still lingering here heartbroken and not finding peace because of the unjust verdict she was given.
So there you have it. Yet another tragic love story, broken hearts, and a stubborn father that couldn't accept his son loving someone out of their social status. Will this love story serve as a lesson to all of us that remain and remind us that one must not meddle in other people's affairs? Did Veronika ever find peace by her lover's side? I truly hope so.
***