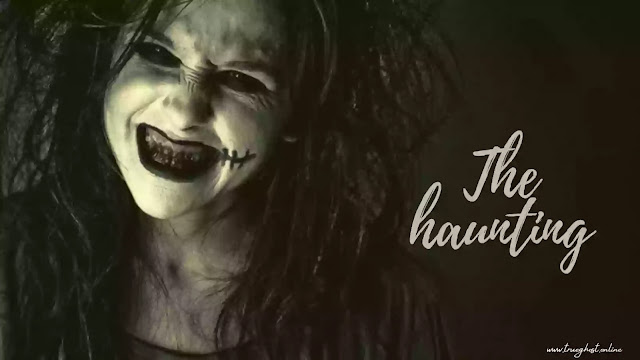 The haunting that inspired "The Changeling."

The house is not fit to live in. No one's been able to live in it.

We've all heard unexplainable noises in our homes, from bizarre creaking to the sound of footsteps coming upstairs. The human mind loves to play tricks on itself. Or does it? Is the home you're living in a secret passage to the past? A portal for a tormented spirit to gain a foothold in the present? A shriek of pain that will upend your life and cause unknown traumas to all who enter? Today we're going to take a deep dive into the true story behind the haunting that inspired "The Changeling."
Russell Hunter was a quiet man who had a passion for music. And as he grew older, he was able to make a living at it. Russell worked as a composer for CBS television in New York during the late 1950s and early 1960s, then Russell decided to move out west.
He did this for two reasons. He wanted to be with his parents, and he also wanted to help them run the Three Birches Lodge in Boulder, Colorado. Russell felt his parents needed some assistance. He moved to the Cheeseman Park area of Denver and worked at the Three Birches Lodge. He became a local fixture and, for a while, led a quiet life.
After recharging his batteries and feeling like his parents had everything under control, Russell started longing for a place of his own to start working on his music again, which he'd abandoned while working at the lodge.
By the mid-1960s, he decided to pull the trigger and venture out on his own. His only real stipulation was that he wanted a property with enough seclusion to allow him to work on his music without disturbing anyone. Russell eventually found the house at 1739 East 13th Street. It was an older two-story building that seemed to sway when the wind hit it at just the right angle, but that didn't seem to bother Russell too much.
The house was set back from the street on a nice, spacious plot of land. It seemed perfect. He put money down and began the process of moving into the home that the locals had dubbed the Henry Treat Rogers Mansion.
The mansion was named after a wealthy attorney who took over the house some 20 years before Russell Hunter. Prior occupants were not listed publicly. There were urban legends about a rich couple that lived there with their son, but no one could seem to remember concrete details. After an uneventful move in, Russell began the process of creating music again, getting back to the first love that he'd put aside to assist his family. The only issue was the house had other plans for him.
On February 9,1969, Russell began experiencing a strange phenomenon within his new home, a phenomenon that he would spend years attempting to convince people actually happened. Every morning, Russell would be awakened by a thrashing and stomping sound that was coming from somewhere within the home.
This would go on as long as Russell stayed in bed, but the moment he got up to investigate, the noises would stop abruptly. The thrashing and stomping sound would happen each and every morning. But as soon as his feet touched the floor, everything had an eerie calm to it. It didn't matter how long he sat there, the house wouldn't creak or sway. It would remain completely silent. From there, things got even more disturbing.
Faucets would turn themselves on and off. Doors would open of their own accord. Or if Russell left them open, they would slam shut. But perhaps the most unnerving of all, the walls vibrated violently sporadically throughout the day. They would shake and tremors so violently that they would knock paintings and photos to the floor.
Searching for any plausible explanation for these bizarre occurrences, Russell reached out to an old architect friend of his. Perhaps these noises, and shaking walls, and faulty pipes came from some sort of construction error or a faulty foundation.
The men went through and inspected the house. But ultimately, nothing substantial was uncovered. But as the two men made small talk, preparing to call it a day, the architect realized they hadn't checked one of the closets. At first thought, Russell dismissed it, saying they'd spent the day going over everything. The closet was definitely not going to have anything that would shine a light on the problem.
However, it did. When they went in the closet, the two men discovered a small, hidden, winding staircase that led to a third-story annex. The two men gingerly climbed the stairs. What they found on the third floor was as mundane as it was existentially frightening.
They found a cobweb-covered trunk which contained a journal from nearly 100 years prior. The journal was from a disabled boy who'd been forced to live in isolation for his entire life. In the journal, the boy wrote of his daily routine, his struggles with being forced to live alone in a room, and many passages about his favorite toy, a red ball.
The two men spent hours that night poring over the journal. 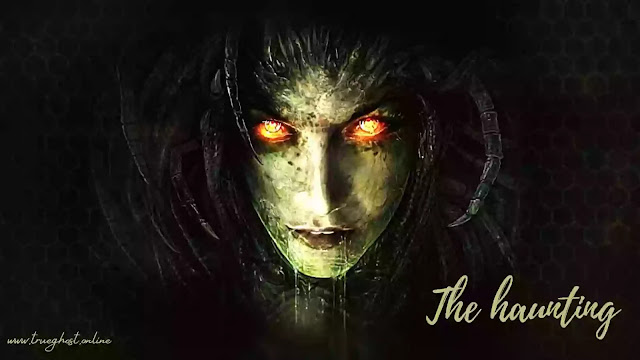 A few nights later, Russell was awakened to the sound of a soft patting coming down the hallway. He swung his feet over the side of the bed, expecting the sound to cease the moment his feet hit the floor. It didn't. It grew louder as if it was steadily coming closer. Russell went out into the hallway only to discover a small, red ball bouncing out of the darkness to greet him.
Understandably, Russell grew too frightened to be in the home alone. Instead, he stayed at a friend's house. He was completely distraught, his nerves shot. Finally, Russell decided that something had to be done. He organized a séance.
His friends and parents laughed at him, but Russell felt that an orchestrated communion with the other side would be the only way things could evolve. He felt that talking to the spirit of the little boy was the only thing that could save him. Russell hired a local medium, and during the seance, Russell was contacted by a spirit from the afterlife.
He was told that the sickly child who was imprisoned in the annex was the heir to a large fortune from his maternal grandfather. When the boy's health took a turn for the worse, the parents were worried that his inheritance would be revoked and given to other members of the family. The boy ultimately fell gravely ill and passed away. They buried him in an unmarked grave deep in the woods. Then the parents, to receive the inheritance, propagated a deceitful lie.
They went to a local Denver orphanage and adopted a young man who fit the boy's description and trained the orphan to take over his role in the family. Russell was in complete disbelief.
As a parting gift and a means by which to substantiate its stories, the spirit then provided Russell with directions to where the boy has buried, an innocuous house on the corner of South Dahlia Street.
After getting permission from the family who currently lived in a residence above his plot of land, Russell commenced digging. Russell found a skeleton of a young boy with a gold medallion around his neck. It featured an inscription that had the deceased boy's name on it. Russell was simultaneously elated and petrified. He had proof now. He could go to the authorities. He could go back to the house and plead with it to forgive him for whatever grievance he'd committed. He felt like he finally had options.
He took the medallion back to the mansion, deciding that if anything paranormal were to happen this night, he would attempt to contact these forces and bargain with them. Things didn't go as planned. It was almost as if the house itself was writhing in pain.
It started quaking and shaking. Russell ran to a glass door in an attempt to get out, but the door exploded, sending shards of glass everywhere. One of them flew into his right arm and severed an artery. As Russell crawled to his bedroom, where the phone was, blood seeped out of him. He left a gruesome trail of glass and carnage behind him as he limped through the house. As its shaking and rattling grew in energy, he was just barely able to call for help before the walls over his bed imploded, sending wood, plaster, and debris everywhere.
The next thing Russell knew, he was in the hospital, bandaged, and slowly recovering. Russell Hunter realized he'd had enough. He vowed never to return to the Henry Treat Rogers Mansion again, and he held that vow for close to 20 years.
He did go back to the property during the 1980s to see it demolished. High-rise apartments were constructed where the house once stood.
Russell's story was adapted into a feature film in 1980. "One of them is John Russell, composer, professor" It was directed by Peter Medak and starred George C. Scott, Trish Van Devere, and Melvyn Douglas.
The film follows a composer from New York named Russell Hunter who moves to Seattle where he takes up residence in a mansion he believes to be haunted. Obviously, the film is based on Russell Hunter's account of what happened during his time living in the Henry Treat Rogers Mansion, but that doesn't mean the storytellers held to his recollections with absolute fidelity.
The film was written by William Gray and Diana Maddox, with Russell Hunter receiving a story-by credit. The filmmakers transposed the events that took place in Colorado onto Seattle, largely Because, to get the film greenlit, it had to be produced in Canada.
Canadian tax incentives nearly trimmed the budget by half. When it was released, the film won numerous awards, and nearly doubled its production budget. It was produced for 6.6 million dollars and generated just over 12 million at the box office.
Martin Scorsese called it the scariest film ever made. The Henry Treat Rogers Mansion no longer exists, but the film it inspired lives on in the hearts and minds of supernatural-obsessed fans everywhere. From the harrowing true story to the indelible images spawned from the film, "The Changeling's" legacy is as mercurial as it is harrowing.

Did Russell Hunter make all this up? Was this some sort of decades-long con to convince people that he had a really good idea for a movie? Or did the spirit from the other side contact him in a last-ditch effort for serenity, only to become unhappy with what Russell Hunter did and lash out with the intent to harm him?

We may never know. What do you think? Does "The Changeling" film hold up all these years later? Let us know in the comments below if you have the courage.
***