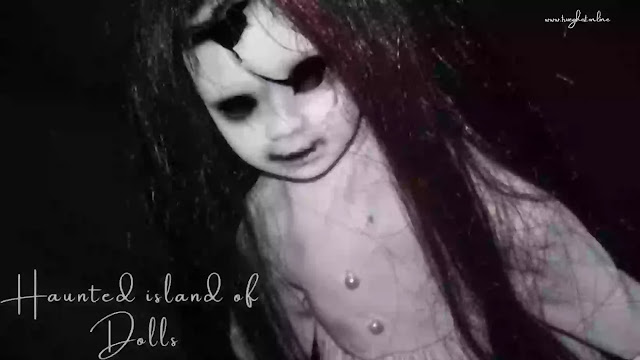 We all must have heard or read about some beautiful or bizarre island at some time and about the dolls, we all know that children play with them or black magicians use them to harm someone. Then what happens when these dolls are part of a deserted island? Let's know!

Island of the dolls, also known as 'La Isla de la munecas', is located in the Xochimilco canals, 17 miles (27.36 km) south of Mexico City. Actually, this island is a floating garden called chinampa in Mexican.
The special thing about this deserted island is that many different Philips dolls are hanging on the trees here. Some of these dolls have broken hands or feet, and they look very scary just by looking.
This island came into the eyes of the peoples in 1990 when some employees were passing from here while cleaning the Xochimilco canals and then when it got media coverage.

Now the question arises that where did so many dolls come from here? Who hung them and what would have been the reason behind this?

In fact, the past of the dolls on this island begins with Julian Santana Barrera, who vowed to leave his family and family to live a secluded life. Julian was living alone on this island farthest here, but one day he saw the body of a small girl floating on the banks of the canal here. This left Barera horribly nervous and her fears remained unsettled. A few days after this incident, Perera saw a doll floating in the same canal and felt that the doll must have been of the same girl.
As a result, he hung the doll from a tree in honor of the child's soul.
Now Julian Barera felt that everything would be back to normal, but nothing happened and Barera heard whispering and walking in the dark. Despite this, while his hut was far away from the human population, and no one would go there. Fearful of these horrors, Julian continued to hang dolls one after another for the next 50 years. Perera's only purpose behind doing this was to “please the soul of the dead girl.” 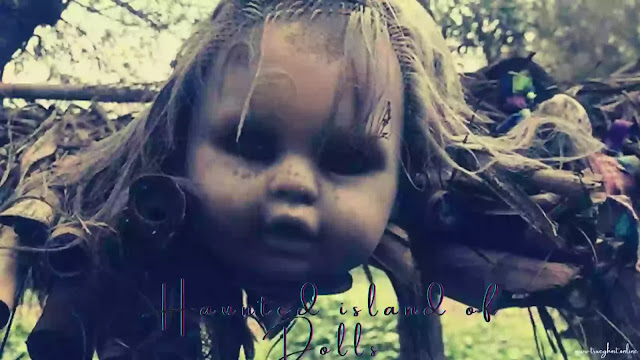 In fact, Julian felt that the soul of that little girl wanders on this island and he wanted to make her soul happy and live here peacefully. But nothing like this happened and exactly 50 years after the death of that little girl, Julian barer died in the same place where the little girl died. Means Julian spent all his life hanging dolls on the island.
The local people believe that this island is not haunted, but it keeps pulling people towards them. At the same time, tourists who come here claim that dolls whispers to them. Sindi Bosko, a professional photographer who came here in 2015, said in one of her interviews -

This is the creepiest place i have ever seen.