What is Dark energy and Dark matter ? 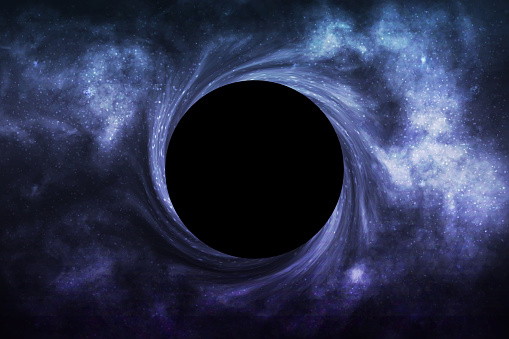 Today we're going to be discussing the darker side of things the dark side of the universe and more specifically dark energy and dark matter.  Everything you've ever seen or touched all the planets all the moons every single star as well as all the galaxies every neutron-proton and electron in fact every known element makes up less than five percent of the universe. Now before you get an existential crisis let me just explain a little bit further. Everything I just mentioned is known as Baryonic matter and it consists of all the matter and energy that we can observe and detect.

Everything that's observable and detectable makes up for five percent of the universe then who observed and detected the other 95 percent how do we know it exists ?

In the early 1990s, astronomers were fairly certain about the fate of the universe they knew that the universe was expanding but they were pretty certain that eventually, that expansion would slow down because of gravity that's pulling everything together. But a very important expansion made by the Hubble space telescope in 1998 of a distant supernova. Showed us that not only is the universe still expanding but the universe was expanding at a slower rate long ago than it is today.
So the expansion is actually accelerating now this confused a lot of astronomers because the expansion of the universe wasn't slowing down due to gravity as we expected but instead, the acceleration was speeding up, It's as if you take an object and throw it up expecting it to come back down but instead you throw it and it keeps going up and it accelerates upwards.
Eventually, theories came up with three main explanations for this mysterious phenomena -
While theorists aren't yet sure what the correct explanation is they have given the solution the name dark energy. Now unfortunately more is unknown than known about dark energy but we do know it exists because we can observe its gravitational effects on objects such as galaxies. One of the great misunderstandings in astrophysics is that space is empty this is not true space is actually governed by multiple laws and actually contains a lot of dust particles and atoms. One other explanation of dark energy is that it is simply a property of space a law by which it must abide.
In fact, the rejected version of Einstein's theory of gravity that I mentioned earlier the one with the cosmological constant actually suggests that empty space has energy. And the more there is empty space the more energy there is and therefore the universe would expand faster and faster.
We know today that dark energy makes up about 68 of the universe. As we know another five percent is baryonic matter. That leaves us with the remaining 27 percent and unfortunately, we don't know much about that portion either. Astronomers know of the existence of dark matter because ordinary matter does not produce a strong enough gravitational force to hold galaxies together and therefore another form of matter is needed to hold together such large celestial objects. So that's a first clue of the existence of dark matter but on top of that if a person were to calculate the mass of a galaxy as a whole and then calculate the mass of the baryonic matter in that galaxy. All the stars and planets and add it up they would realize that the mass of the galaxy as a whole is actually much greater than the mass of all the baryonic matter inside it. And obviously, the difference between the two values is the dark matter.
We know it exists but do we know what it is? There are two main candidates for what dark matter may be. The first candidate is massive astrophysical compact halo objects or more simply machos. These are objects that have sizes that range from stars to supermassive black holes. They may be neutron stars brown dwarfs or even black holes themselves. The other candidate is called weakly interacting massive particles or wimps.
Which are theorized electromagnetically neutral particles that have a mass of up to 100 times that of a proton. Now obviously these particles wouldn't emit any light because they are electromagnetically neutral. But again these are just theories and nothing is confirmed yet and obviously, it's really hard to try to study something you just cannot detect and who knows maybe after all it's an ordinary or baryonic matter that is the dark side of the universe since it makes up such a small percentage of it.
Anyways dark matter and dark energy remain to be one of the most mysterious and perplexing problems in the universe. So I'm here to tell you to stay curious and now it's time to cue the existential crisis. If you thought the earth or the sun or the galaxies or everything we can see the whole universe was big all of that is only five percent of what is out there, so yes you can have an existential crisis.
***