Moroccan mythology and folklore are much like a sea of unknown. Here are the best 5 Moroccan folklore creatures & myths you need to know.

Morocco is a country located at the northwestern edge of Africa only a few miles away from Europe and for centuries it served as a link between the two continents. This geographic location exposed the country to a multitude of cultural influences starting from the Berber natives, sub-Saharan African Jews, the Phoenicians, the Romans, and later on the Arabs and then the Portuguese and the Spaniards, and finally the french. 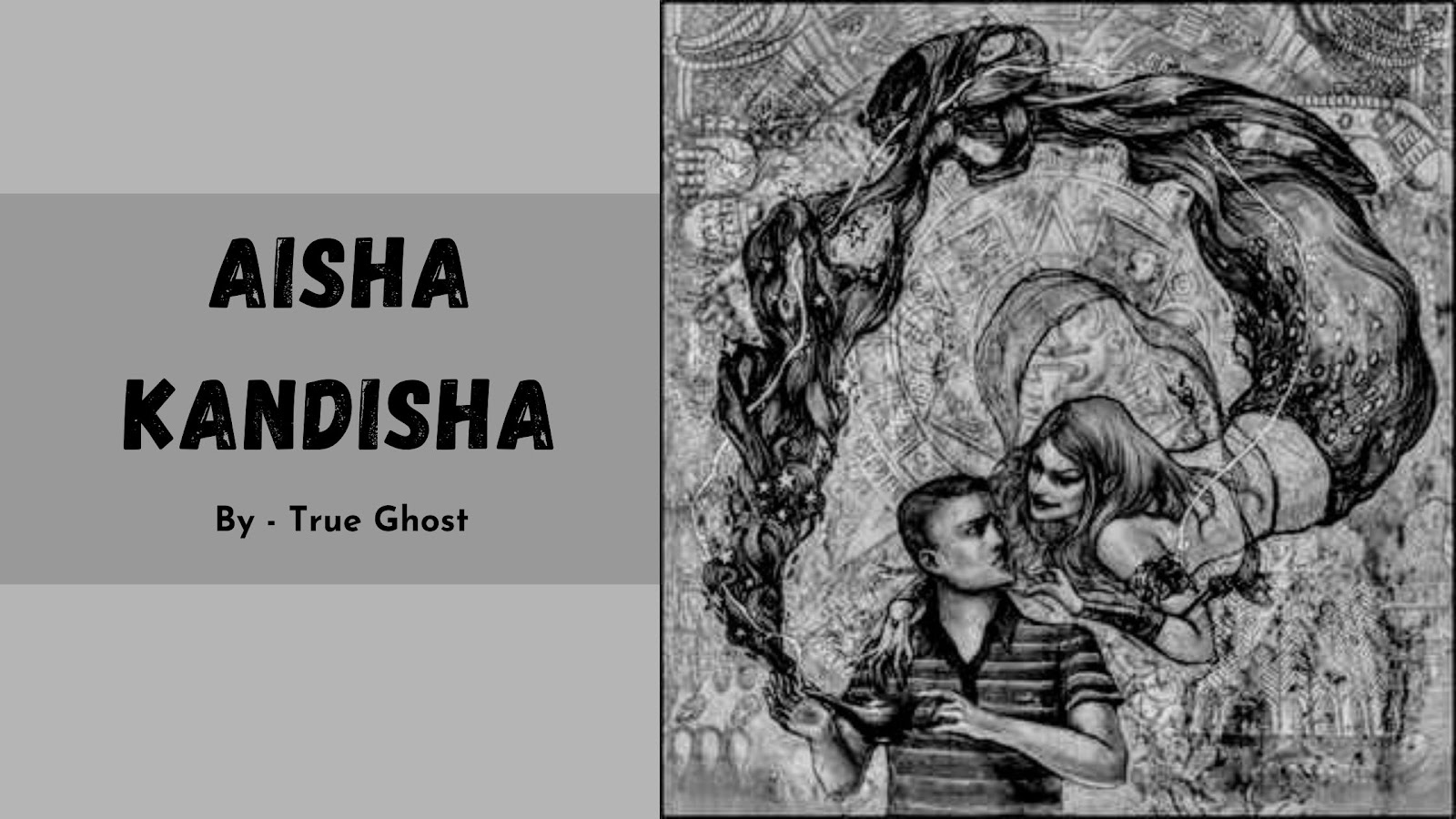 Aisha Kandisha is often depicted as a beautiful woman with long dark hair her legs, however, are those of a hoofed animal a cow's, or a camel depending on the versions of the story. This evil entity is renowned for using her beauty to seduce men and lure them back to her lair and after she's done with them she would ruthlessly devours them. She's sometimes described as a hitchhiker trying to get her hands on a clueless victim foolish enough to pick her up and several professional drivers claimed to have encountered her on the side of the road especially in the northern parts of the country according to some sources Aisha was a real historic figure a noblewoman from Iberia during the Reconquista she was called Aisha a contessa or countess Aisha hence the derivation Kandisha.

The legend says that the Portuguese killed her husband and her family and her grief turned her into a serial killer who would lure Portuguese soldiers back to her house and kill them. Other demonic figures share the name Aisha in morocco some might add that they are manifestations of the same entity. They're also female demons but with different attributes and some people try to revere them by lighting candles in the shrine or even offer them sacrifice usually in the form of a black goat or rooster to gain their favor and appease their anger. 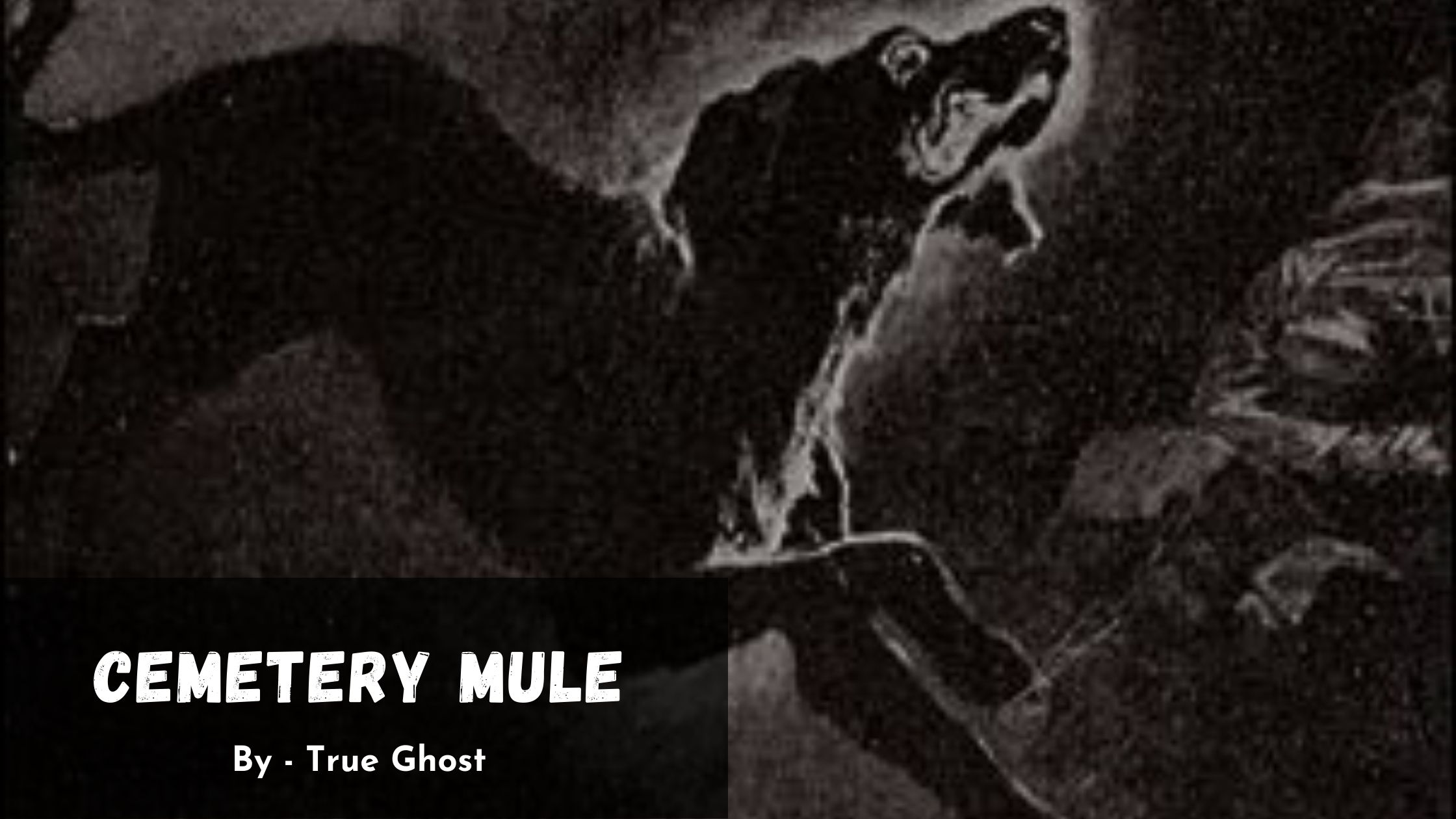 The cemetery mule is a terrifying beast from the native Berber folklore of the atlas mountains her appearance varies from a region to another. Some believe she's entirely a mule dragging heavy chains behind her, while others believe she has the upper body of a woman and the lower body of a mule a depiction similar to that of the centaurs in Greek mythology. According to the legend a woman was newly widowed but she had an affair with another man before her iddah was over therefore she was cursed by a god who changed her appearance.

Iddah is an Islamic concept and it is a period of time every newly divorced or widowed woman must observe before being able to find another husband the purpose of this period is to remove any doubt as to the paternity of a child born after a divorce or the passing of a prior husband. The curse turned that woman into a beast during the daytime and should sleep underground with the rest of the dead but after sunset, she digs her way out while screeching in agony then she begins to roam the cemetery dragging the heavy chains behind her.

At dawn, she'd return back underground waiting for the next sunset some people say the beast would kill grave robbers and occasionally convinces men to get on her back then take him back underground and devour them. But the most terrifying version of the story is that the beast is capable of shape-shifting and she would knock on a home door in the form of a relative then she would kidnap a man from the household and devour him in her grave. According to some people from Berber villages, her screams and chains can be heard occasionally and some men try not to walk by cemeteries to avoid a deadly encounter with the beast. 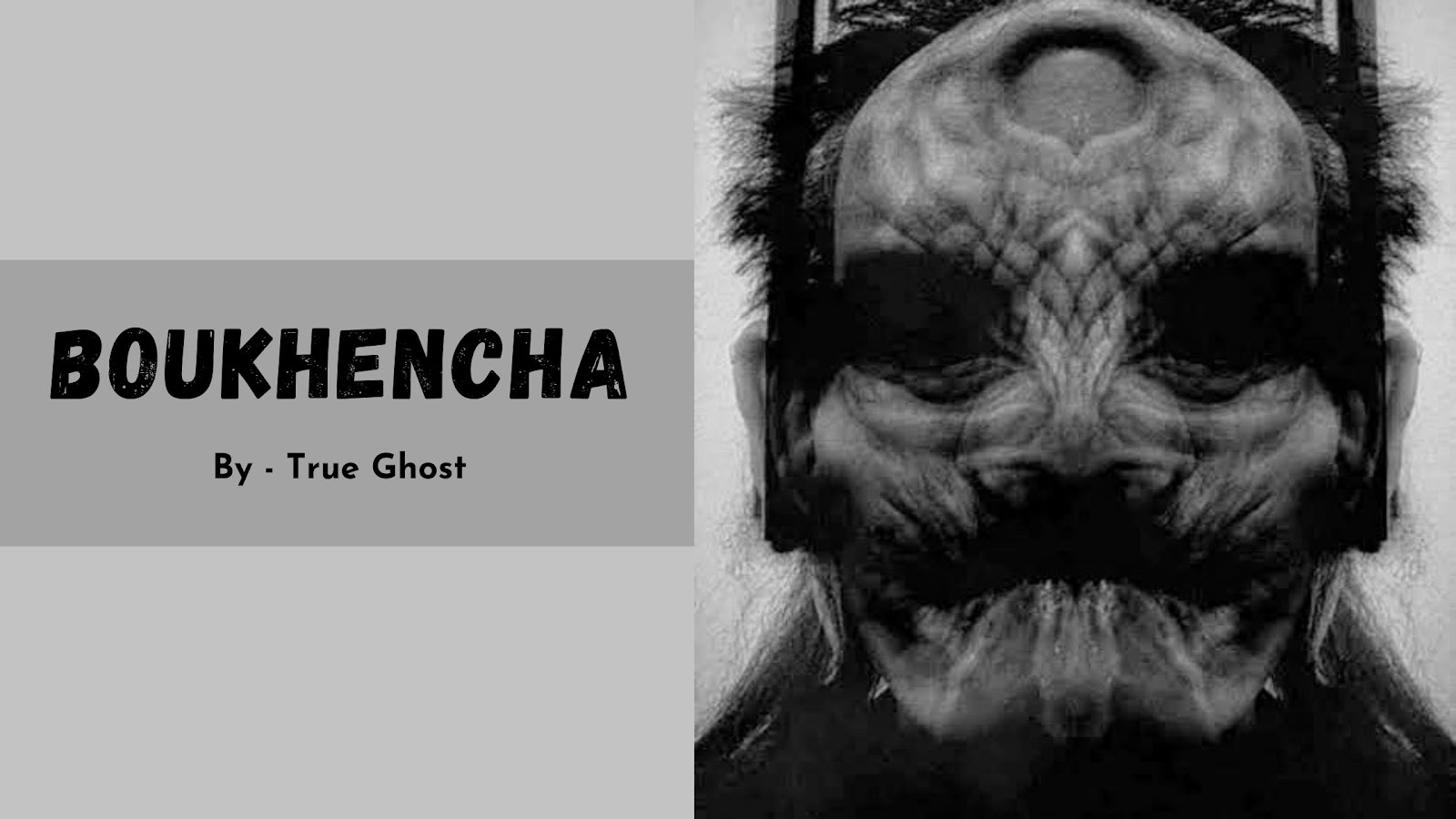 Behave or else I'll summon the ogre if you leave the house without my permission boukhencha would get you. Go to sleep or the ogre would come and get you these are some sentences every Moroccan child had heard growing up. It was actually the most terrifying threat that kept us kids in line.

The ogre is probably one of the oldest creatures of human folklore and is usually depicted as a large hideous humanoid monster that enjoys feasting on human flesh especially the tender flesh of children. Like all human societies, Moroccans did not spare any effort to make their version of the ogre as terrifying as possible to keep their kids on their best behavior.

Boukhencha is the Moroccan version of the infamous ogre and like most augers of the world, Boukhencha lives in dark isolated locations such as mountains caves forests, and swamps. The name Boukhencha simply means the man with a sack or the man with a bag.

He's depicted as a vagabond roaming the streets and villages with a bag on his back in which he'd pack the naughty children and take them back to his lair and devour them. There are other kinds of ogres in Moroccan folklore such as a book, Kho-Kho bla', and mama ghoula. One of the most famous moroccan mythology creatures stories involving this beast is that of hayna and the ogre. 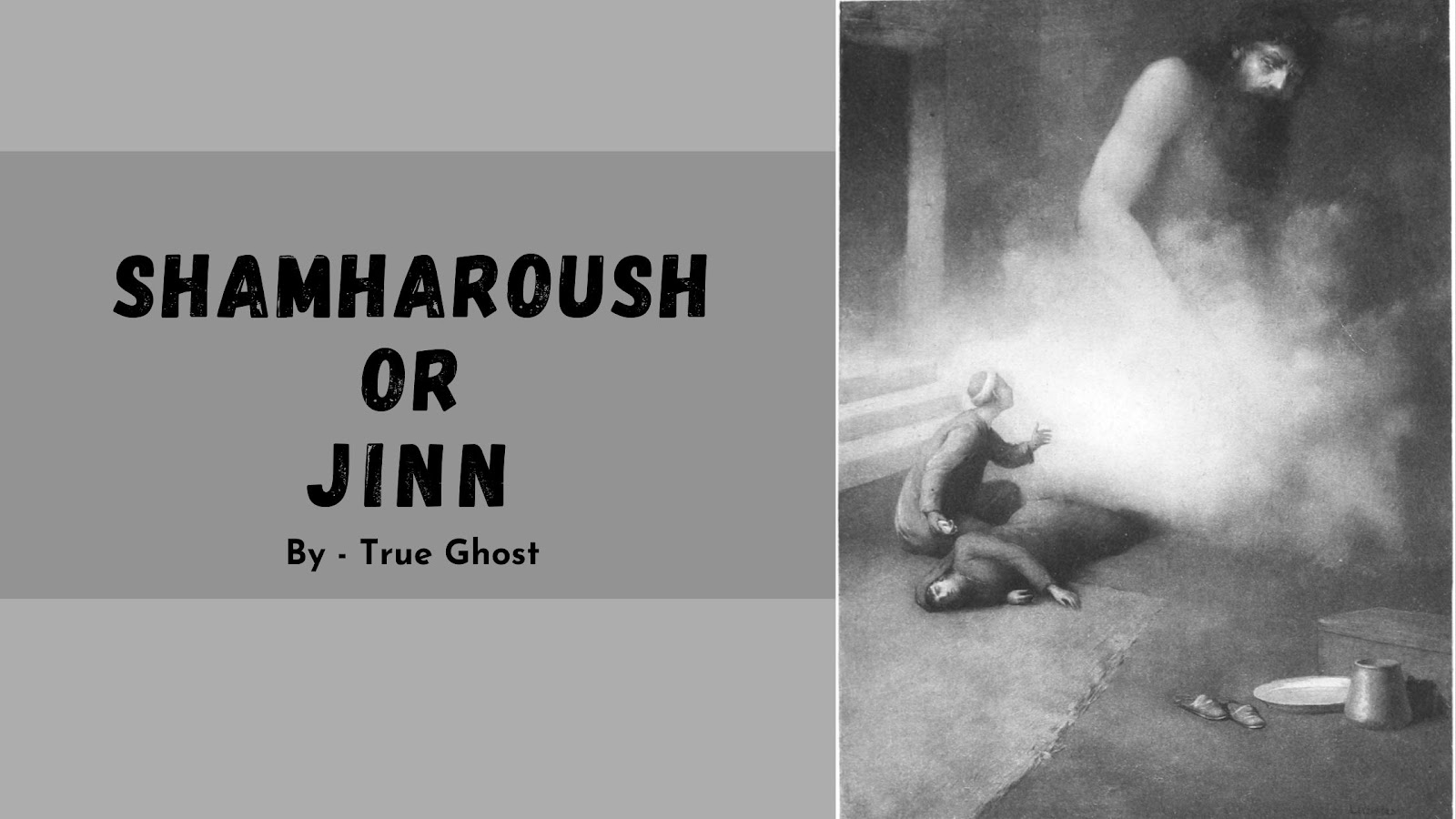 Jinn is the most prominent supernatural being not only in the Moroccan folktales culture but in every Arab Islamic society. The concepts of jinn have been present even before Islam.

According to Islamic and Moroccan Mythology, God has created three kinds of sentient beings - angels from light jinn from fir,e, and humans from clay.

According to the Quran, jinn is almost the same as humans they have different races they breed, and they're subjected to divine judgment however they can't be seen nor felt by humans because they exist in a different dimension.

Jinn can be benevolent harmless and godly but some of them can be malicious and evil and those are called demons.

However, the stories involving jinn are usually far-fetched from theology and heavily influenced by folklore. And pre-Islamic influences the popular imagination depicts jinn as hideous creatures with supernatural powers they live in deserts and caves and filthy places and won't miss a chance to hurt humans.

They are responsible for misfortune diseases bad luck or even death. Therefore people avoid making them angry and an example of that is the fact that people recite basmala after saying the word jinn.

Basmala is one of the key phrases of Islam and it means in the name of God most gracious and most merciful. People also avoid using the word jinn and replacing it with another word but ideally, it's better not to talk about them in the first place.

In morocco, the most famous jinn is Shamharoush the king of jin is highly feared and revered and is the head of what's known as the jinn court. They are instances where people seek to gain Shamharoush's favor to end the possession or conflict between a human and a demon.

The resolution often requires a sacrifice usually in the form of an animal there is a shrine dedicated to this king thousands of people travel there every year to offer. Their respect and seek help and comfort when the means of modern medicine fail to relieve them. 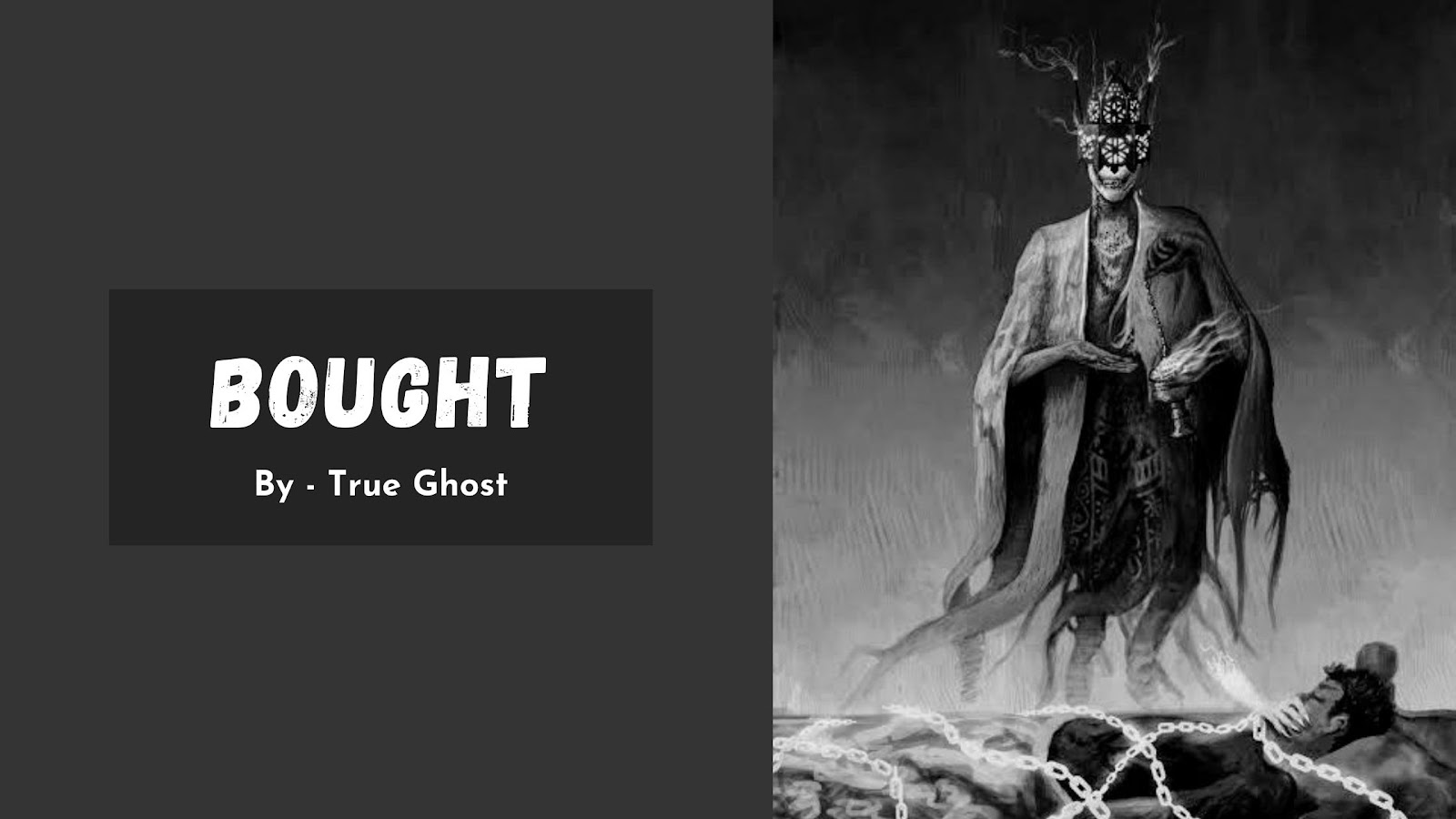 To give you an idea about this demon I'm going to tell you what a lady wrote in a forum:

" One night as I was sleeping, I saw an old man coming my way. He had a hunchback unkempt hair big eyes and ugly sharp teeth. When I saw him coming straight at me I tried to run but I couldn't I was completely paralyzed.

I tried to scream but my husband couldn't hear me then I started whispering some verses of the Quran hoping the prayers with keep the monster away.

But that vicious entity sat on my chest and strangled me I thought was going to die but after a moment he disappeared. That was not the last time, I had a visit of that kinda long time passed by my baby was 8 months old.

I was having a nap at my mother's house, I thought I opened my eyes when I saw an old hag sitting by my son's side she looked at me with a vicious smile. On her face and said I am going to kill him. I tried to move but again I was paralyzed.

My screams couldn't be heard after a moment I woke up and my son was sleeping beside me, I picked him up but I couldn't help my tears.."

Bought is a demon who pays undesired visits to people in their sleep sits on their chest and strangles them.

He is capable of paralyzing the victim and silencing their screams sleep paralysis is a state in which a person is aware but unable to move or speak during this episode one may hallucinate hear feel or see things that are not real which often results in fear and panic.

Sleep paralysis episodes generally last about a minute but it's a long agonizing minute. Most people nowadays know that sleep paralysis is a medical condition but before the evolution of modern medicine this condition was often associated with demons and evil entities such as buying.