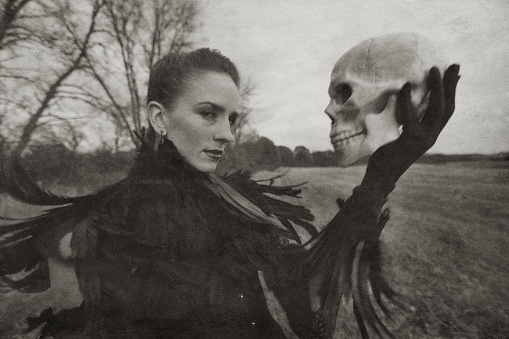 When you hear the name "Adams", what usually comes to mind? for many, it is likely to be the "Addams Family" movies and television programs — entertainment staples for any gothic household. The history buffs among you may think back to the famed Adams of early American leadership — our second and sixth American presidents. But how many of you have heard of the famed town of Adams, Tennessee? We are going to take a look into the mystery of one of the states of Tennessee's most notorious hauntings and one of the scariest, most unique demonic entities I've ever studied-

The tale begins along a little place known as the red river — which, unsurprisingly, spills out from the Cumberland river (a very well-known body of water coming out of the Appalachians). Whether it's because the river itself has borne witness to so much over the years, or because it's fed from one of the most haunted and mystical mountain chains in us, it should hardly shock anyone that a notorious paranormal entity should have a residence near its waters.
As for the legend itself, there has been a multitude of authors and journalists who have covered it over the years, but the first recognizable account was reported in 1817. Much of the details surrounding the bell witch were finally collected and put together in a book by a newspaper reporter by the name of martin van Buren Ingram in 1894 and it is largely from his work that most researchers and artists have drawn their inspiration. I will also be drawing a bit on memory from an old book I read as a child written by another Appalachian author, Charles Edwin price through whose work I was first introduced to the West Tennessee legend. With our major sources named, it's time to explore the woman behind the witch. 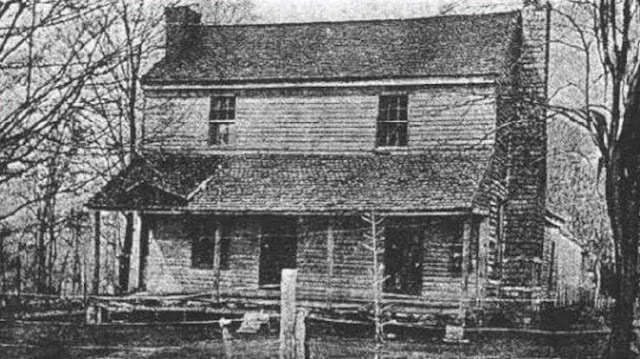 Supposedly, her name was kate batts. Now how she came to haunt the bell family is still speculated. Supposedly, around the time the bell family came to the area around 1804, the patriarch of the family — john bell — began buying up property around the area that would many years later become the town of Adams. Somehow, he really managed to upset one of his neighbors, kate batts.
He upset her so bad enough that she held a grudge against him until the day she died. Exactly how john bell managed to tick this woman off is lost time, but the most well-known theory is that she felt he ripped her off in the deal he made to purchase the plot of land she owned. This may have been complicated by it being a family matter, as one of the facts most glossed over was that she the niece of john's wife, Lucy.
If that was the case, then I'm not surprised that got ugly real quick. (now, there are other theories — like john bell had a hand in her death or kate and her husband Frederick caused a bunch of trouble for john that included some of the stuff that took place after she supposedly died — but for the sake of brevity, we're going to go with one of the most plausible theories tonight.
The common denominator of all the theories behind the batts-bell feud was that, when kate died in 1817, she cursed john bell and his family on her death bed. And shortly after, one long summer of nightmares began. It started out with phantom scrabblings against the walls of the bell home.
Then came the intelligible whispers, said to be in the croaky voice of an old woman. This was followed by sightings of "strange animals" around the property — including a large black dog that began following around dean, one of the bell slaves, most evenings.
Slowly, the light scratches and soft whispers grew into a cacophony of dogs bitterly fighting, chains being dragged across the floors, and, of all things, something unseen chewing upon the family's bedposts! but these sounds weren't what disturbed the family the most. Oh, no. The entity was just getting warmed up. By the time the summer was in full swing, the bell children were treated to nights of having their beds divested of their blankets and days of being slapped by the unseen until their faces were red. Save for john bell himself, the bells' daughter Elizabeth (or "Betsy") received the worst of the abuse, and was constantly subjected to a flurry of slaps, hair pulling, and being pricked all over by pins.
The demon even interfered with the girl's love life, increasing the invisible assault on her when one young man tried to court her — only letting up after she won't up marrying her former schoolteacher, a man by the name of prof. Richard Powell. he was experiencing paralysis of the mouth, of course! along with watching various items in the house going missing and seeing things move around on their own, he got to listen to the voice —- now very loud and clear — cackling with glee whenever he or Betsy was subjected to its whims.
Eventually, news leaked out and john tried to seek help from all and sundry. He turned to the church, only to find the door slammed in his face, his elder status revoked, and his whole family excommunicated (likely on the grounds of how a lot of mountain folk still are today: the congregation figured he stirred up the hornets' nest and weren't about to go help him poke around in it). A committee of locals headed by john's friend James johnson — the first person from outside the family invited to witness the activity — attempted to perform an investigation.
They weren't really able to do much other than to get the eponymous "kate batts" moniker from the now fully sentient entity and give her probably the best pr available at the time. Now comes the really crazy part. Andrew Jackson, then still a general whose main course of business was systematically removing native Americans from their land, heard about the witch and decided that he would gather a bunch of his buddies together and go ghost hunting.
When the wagon containing him and his entourage neared the property, the wheels locked up and refused to budge. After looking everything over and finding no reason for the wagon to cease its journey, Jackson made a joke about the witch essentially playing brakeman. And to the surprise of Jackson and his men (and to no surprise of the Bell family), a high-pitched woman's voice rang out -

"alright, general, let the wagon the move on. I'll see you again tonight."

Then, in what was one of the few reports of this hot-headed frontiersman ever retreating willingly, Andrew Jackson promptly left early the next morning and went on to a vocation less terrifying than tangling with a demon witch: becoming the 7th president of the united states. For years after, the bell witch demonstrated a sort of power seldom witnessed when it came to demonic activity.
Not only did the poltergeist and unseen physical assaults continue, but as did two very peculiar events. The first, and I've always found this strange, was that she could quote the bible or sing hymns, either while taunting her victims or cordially addressing visitors.
Now, that seems fairly strange, given that most recorded cases of supposed demonic entities can't exactly stand for anything sacred to be associated with them — be it prayers, hymns, sutras...whatever.
The other thing was her relationship with lucy bell. While the bell witch certainly had no problems upsetting the woman by beating her children and torturing her husband, she seemed to have a soft spot for the lady of the house after a while. To the point (and this was covered in price's book) that when lucy bell took ill, the witch seemed to think it unfortunate. Not enough to care but in a sociopathic, "aww, the only person I can tolerate is too weak to bask in my presence" sort of way. At this point, baskets of fruit — both out of season and ones foreign to the family — appeared by lucy's bedside, and the witch began singing to her. At some point during all of this, she stopped scaring and throttling lucy's son, which may have been a pittance to lucy. 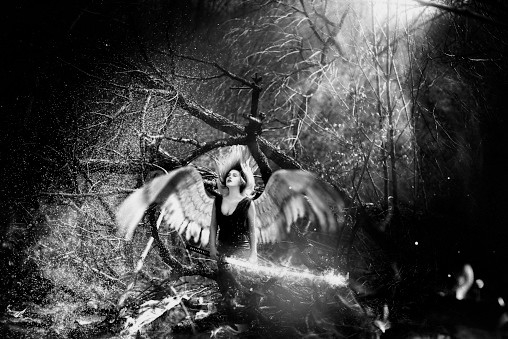 Now, while all of the paranormal activity was going on, it was taking a major toll on john bell's quality of life. Of course, his health started failing and he began experiencing swelling of the throat and the feeling of something being lodged within it, as well as the sort of twisting and jerking much like that of seizures.
Whether this was caused by the witch or some unknown psychosomatic or physical malady (PTSD, cancer, or who knows what), who's to say, but the bell witch seemed to get a kick out of whenever he took these spells. It all finally culminated one day after john bell had supposedly had a stroke. A member of the family found a strange bottle in place of john's usual medicine and an unresponsive john. Upon administering what remained of the mysterious liquid to an animal, they watched it, too, convulse and expire. Like the fruit, the bell witch claimed this poison was her doing.
After john bell's death and the witch got her OTP of Powell/bell together, she actually said her goodbye to the remainder of the family, promising to return seven years later. True to her word, she did just that, returning in 1828 to speak with john bell, jr. Supposedly, the witch revealed much to john about the past and made several accurate prophecies about the future. When asked why she killed his father, the bell witch mysteriously replied only that "there was reason john bell needed to die".
What the reason was, she never told. After her visit was up, she promised to return in another 107 years. Whether she actually returned in 1935 is left to be said, although the strange activity in the bell witch cave which sits near where the bell house once did — may indicate that, once she came back, she never left again.
***