The 5 Terrors Of War: Phobos, Deimos, E-ris, Enyo & The keres

In the heat of every battle, in the fog of every war, listen. Listen, and you will hear, the pounding hooves of horses, the fiery chariot of Ares, galloping into the battlefields. Look in the distance, beyond the obvious,  and you will see them, riding alongside areas, the 5 terrors of war. They are spirits who thrive in the chaos, the nauseating scent of blood, the death, and the destruction, that war brings. Spirits who took the same delight, as their master, in seeing swords slashing, arrows piercing, slain bodies scattered on the battleground. 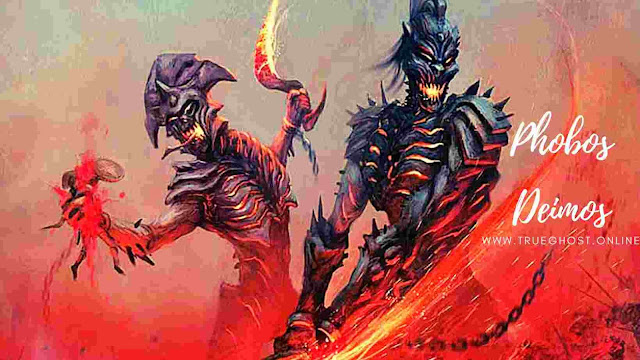 Born from the union of the god of war, Ares, and the goddess of love, aphrodite, these dreadful twins were nothing short of a nightmare. Phobos was the spirit of fear, dread, and terror, whose fiery eyes struck great fear in the hearts of the strongest men. While Deimos was the spirit of panic, flight, and rout, whose mere presence, turned the brave, into cowards.
Phobos, the more terrifying twin, strongly delighted in blood. He favored the stronger side, fueling their rage, and bloodlust. While Deimos hunted the weaker side, striking their hearts with panic and retreat, causing them to flee from their opponents, in battle. These two were always seen beside their father, ares, riding his chariot into battle. Where ever they went, chaos and bloodshed followed. The horror-filled screams and cries of war were sweet music to their ears. Every death and gore, they relished. The ancient greeks so dreaded the twin terrors, that none would call upon their names, nor build temples for them, except the fierce spartan warriors, who lived for war. Thus, Phobos and Deimos were only worshipped and prayed to, in Sparta. The city where war was life and life was war. 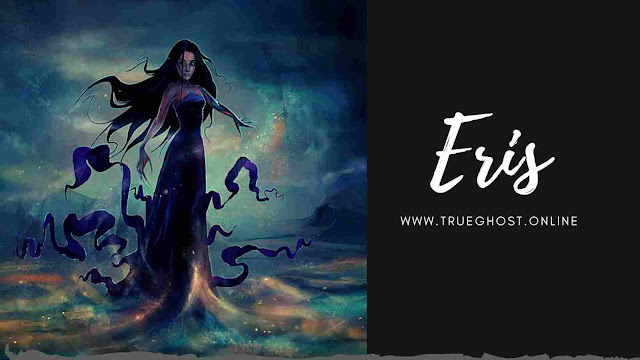 Eris was the Greek goddess of chaos, strife, discord, and confusion. Some say she was the daughter of Zeus and Hera, while others say she was born from the dark night, NYX.  being the comrade and sister to the god of war, she revels in the strife of war, haunting the battlefield, intensifying the rivalry, delighting in the bloodshed. Even after all the gods have left the battlefield, Eris would remain, rejoicing over the horror and havoc, that has been made. 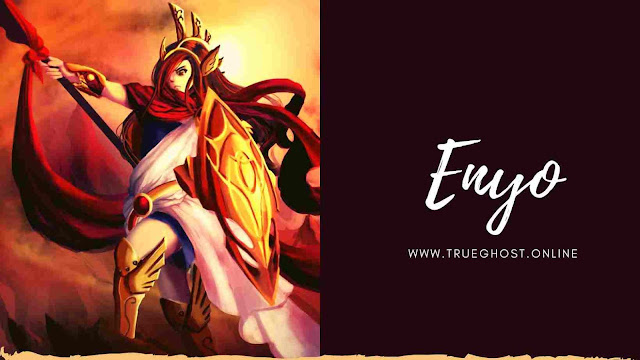 Enyo was the lesser deity of war and the spirit of destruction. She was the daughter of Zeus and Hera and is known by the Romans, with the name, Bellona. Being the sister and close companion of a war god, ares, and the goddess of discord, Eris, Enyo took great joy in deaths, in gore, in the destruction of towns. She would accompany the other spirits to the battlefield, carrying with her, the turmoil of shameless hatred. She laughed horribly, at the sight of blood flying. She danced madly, over the heaping corpses. She whispered lies into the ears of the men in battle, spurring the fight ceaselessly. Where ever Enyo appeared, she brought forth tumult. 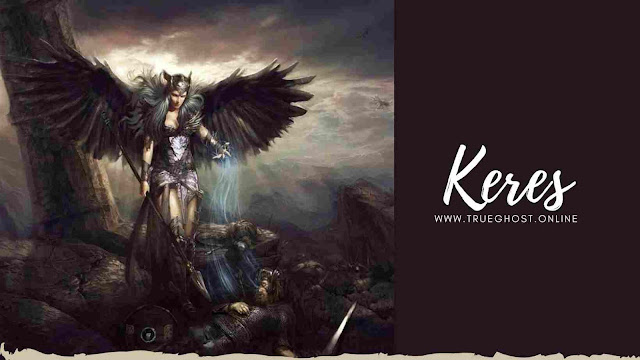 The Keres were evil spirits of violent death and decay. They were the sisters of the three fates, and represented cruel death, either in battle, by accident, by murder, or by a disease. Ugly, and hideous looking, these spirits had long claws and fangs, the wings of a vulture, and dressed in skimpy clothes, drenched in the blood of the slain. the keres craved for blood and flesh. They flew around the battlefield, looking for dying bodies to devour. Like vultures, they fight among themselves, over their food, feasting upon whatever mortally wounded body they come across, after sending the soul to the underworld realm of hades.
These, are the 5 terrors of war. Where ever war strikes, whenever ares comes forth, the terrors follow, leaving a trail of untold horror, in their wake.
***