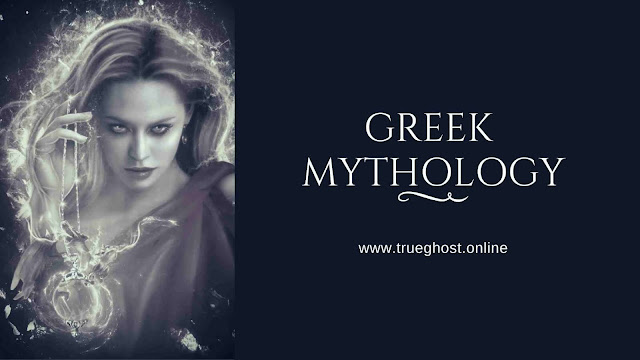 Lady of the hearth, keeper of the flame. Wherever i am, the gods have a home. I enter your dwelling, and make it my own. Blessing all who enter, with harmony and laughter. I am the keeper of the sacred flame, the blaze that consumes the waste and the old, the humble hearth that fills the home, yearn for me, but seek me not. 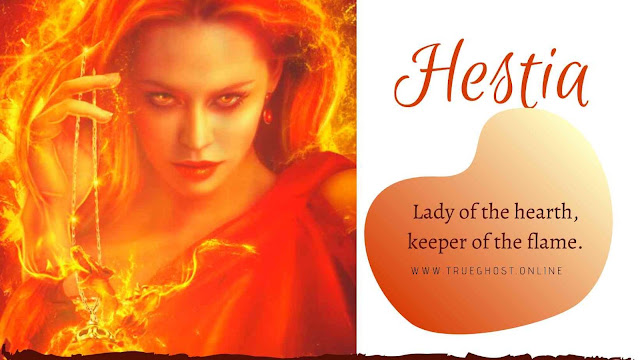 Hestia is the olympian goddess of the hearth and home. The eternal one, the beloved, she of the public hearth, who stayed quietly at home, eternally tending the fireplace. Pure, peaceful, calm, and ever-loving, she was the most gentle of all the gods.
Hestia was the first-born child of the titans, Cronus, and rhea. And sister to Zeus, Hades, Poseidon, Hera, and Demeter. But because Hestia was the last one to be disgorged from the belly of their father, she was sometimes called the youngest of the siblings. Mature, and lovely, the goddess is often shown standing by a large fire, carrying a staff, or holding some flowers in her hands. Just like Artemis and Athena, Hestia was a virgin goddess. And it was told that she became a virgin, to preserve the peace at Olympus.
There came a time, when both Poseidon and Apollo, wanted to marry her. Knowing that choosing either of the two, would result in conflict and turmoil, Hestia swore an oath of eternal virginity, by placing her hand on Zeus’ head. Being the one who maintained peace and order, on Olympus, and in the homes of men alike, Zeus granted the goddess of the hearth, the central place in the olympian palace, and the first and richest portion of humans’ offerings to the gods.
So reserved, quiet and peace-loving, was Hestia, that she almost never appeared in stories and myths. And never interfered in the lives of mankind. She remained in the house of the gods, sometimes all alone. Tending the eternal divine fire. Hestia’s only manifestation among humans was the crackling of the fire, which they say, is the sound of the goddess laughing.
Demeter 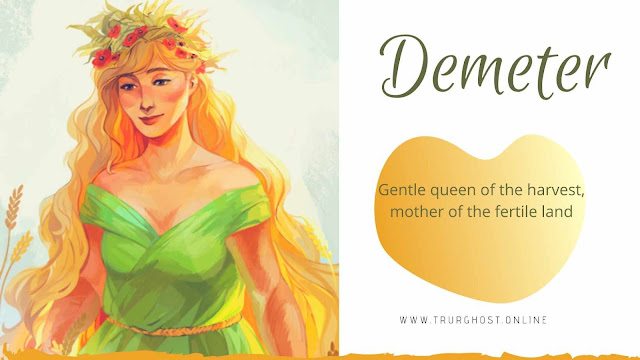 Gentle queen of the harvest, mother of the fertile land. Dark are my sorrows, as i wait to see the sun, upon persephone's face. When my beloved returns, from the depths of hades, i shall wake my fertile powers, i shall cheer my heart, by warming the lands. Then, shall i move again, to the rythmm, to the dance of life. My mourning will go, and my powers will flow, freed from the cold. The wheel i shall turn, the land i shall bless, with plentiful growth, with blossoms galore. Demeter, the ancient greek goddess of harvest, of grains, of agriculture. The bearer of food, lady of the grain, the bringer of laws, she of the green, the great mother of the land, who taught mankind the art of sowing and plowing.

Demeter was one of the six children of Cronus and Rhea and the second oldest. Born after Hestia, but before Hera, hades, Poseidon, and Zeus. Like almost all of her siblings, she was swallowed after and later rescued from the belly of their father, by Zeus.
The goddess is usually shown as a mature-looking, fully-clothed, and majestic woman, wearing a crown of flowers, and carrying with her, a sheaf of wheat, or some ears of corn. Her sacred symbols were a scepter and a torch. While her sacred animals were a snake and a pig. With the king god, Zeus, Demeter had a beautiful daughter, Persephone, whom she loved so dearly. Thus, when Persephone was abducted by the underworld god, hades, Demeter grieved intensely over her daughter's absence.
Her grief over Persephone, who had to stay one-third of the year, in the underworld, with her husband hades, is said to be the reason why there is the cold winter. The time, when Demeter retreats from the world in sorrow, neglecting her duties to mankind. While her joy, whenever Persephone returns from the underworld, marks the return of spring, and summer. The time Demeter throws off her mourning, and blesses the fertile lands, with growth, and harvest. The fertility goddess, had very few other consorts, aside from Zeus. With the mortal iasion, she bore Ploutos, the god of wealth, and philomelus, the patron of plowing. While with Poseidon, she bore the nymph, Despoina, and the talking horse, Arion.
Thanatos 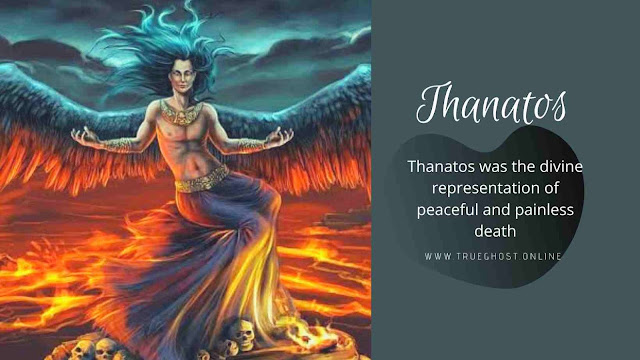 Somewhere, in the dark gloomy realm of the underworld, there lived an ominous lesser deity of death, who was second to only hades himself. The god and personification of a peaceful death, who, by merely touching a person, made them die a painless death. His name was Thanatos, known by the Romans, with the name, let us, or let. Born from the union of the night, NYX. And the darkness Erebus.
Thanatos was the twin brother of Hypnos, the god of slumber. And also the brother to the keres (the spirits of violent death). Geras (god of old age). Nemesis (goddess of retribution). Update (the spirit of deception). Oizys (goddess of suffering). Moros (the spirit of doom). Momos, the spirit of blame. And Charon (the ferryman that led the souls to the underworld).
Thanatos was the divine representation of peaceful and painless death. Unlike his sisters, the keres. Who represented violent death. He would often appear to the old, and the willing. Granting them an eternal rest from the sufferings of the world. Just like his master hades. Thanatos was unyielding and indiscriminate. He was often shown as having huge black wings. Dressed in long black clothes. And wielding a sword, or a large sickle, and sometimes, an inverted torch, which represents an extinguished life.
He ensured that the spirit of a deceased mortal was safely transported to the bank of the Acheron river, and the underworld. Being a lesser-known deity, there are very few stories and myths about Thanatos. Ancient authors believed that Thanatos and hades were the same gods, and there was no difference between the two. From the words of these authors. Thanatos was hades. And hades was Thanatos.
***