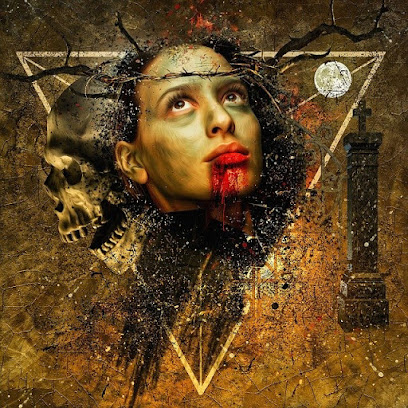 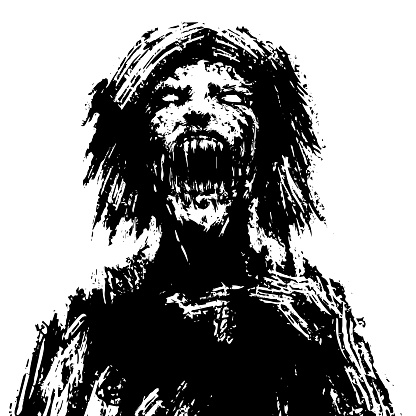 In time the legends about these creatures separated. Unlike the popular image we know today, Croatian vampires were hideous creatures described as follows; undead men or women with gruesome red or purple skin, swollen purple lips, sunken eyes, and rotten black teeth. They attacked people and animals killing them and drinking their blood.
One legend even says that they often attack dogs in the middle of the night and even today some people believe that if you hear dogs barking in the middle of the night they are barking out of fear because they smell vampires nearby. There are many beliefs about how one used to become a vampire.
In some parts of Croatia, it is believed that the vampires were created by a violent death, in other parts it is said that all people who weren't baptized or were born out of a legal marriage turned into vampires once they died. But probably the most bizarre belief was that all babies that we reborn in a black or a white placenta were doomed to become these bloodthirsty monsters.
It is believed that a vampire can be stopped only by hawthorn, decapitation, and by burning the body. Allegedly a single thorn from the hawthorn tree would often be pierced through the skin of a deceased and this tradition can be found through most parts of Europe. But why Hawthorne? Like everything, this part of mythology has different theories ranging from the story of Judas who hanged himself from a mentioned tree to the stories that it is the most sacred tree in the entire universe and, up to the stories involving demons who live on the tree and give you the magic thorn in exchange of an offering.
~ Real story ~ 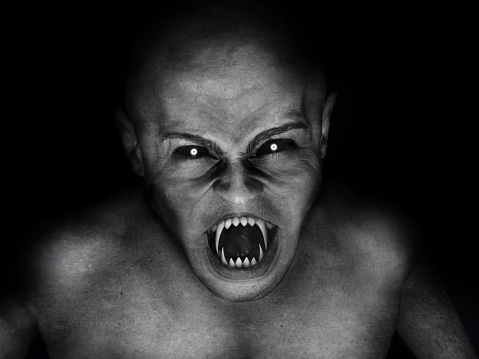 One of the more popular stories about vampires in Croatia is the story of Jure Grande. He used to live in an Istrian town Kringa and his story is well known even today. It is said that Jure tormented his wife and the rest of the villagers for 16 long years until his grave was opened in the year 1672. The legend goes that he would be seen walking through the village after he died carrying a dead sheep on one of his shoulders and a cat on the other. He would be seen eating the raw flesh of the sheep and sharing it with his cat. After his grave was opened 16 years after his death his corpse was allegedly found completely intact and smiling. After a hawthorn snake was placed through his heart and his head was chopped off Jure's torment stopped but the stories live on.
There are a hundred interesting stories about vampires through our history and as I said I could do a whole series about them but that would mean you wouldn't find out about other lesser-known legends. But I have yet another story about a vampire that can't remain untold because it is so bizarre and unbelievable at the same time.
In the Middle Ages in a Mediterranean town, Šibenik townsfolk were convinced that the deceased man was a vampire. So they ventured to the cemetery intending to prevent his corpse from crawling out and wanted to stop him froman upcoming torture. Unlucky for them the accused man died of the plague. As they drove a stick through his heart the disease spread and eventually the whole town got sick. It is said that this event happened in May and until recently no one wanted to get married in May in Šibenik because of this unfortunate event.
So there you have it, a brief history of vampires in Croatia. Are they are myths or are they reality? It is up to you to find out. And remember, there's always something lurking out there just waiting to suck your blood.
Also, you can read: Headless ghost
***