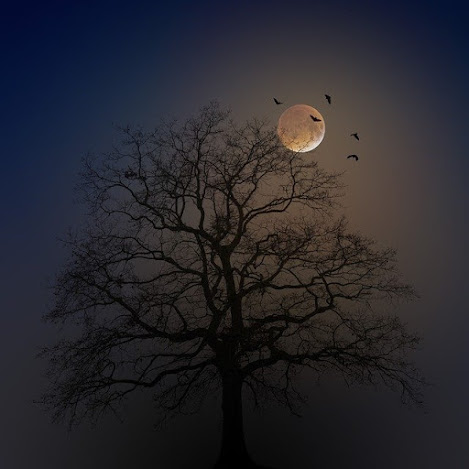 Nowadays, many horror movies are made which are said to be based on reality. But are they really based? Let's See! But before we go further, let's know what is the true story of 2012's movie - The Possession in short (So we could Analyses).

The movie begins with a middle-aged woman, standing in her living room and looking at an old wooden box with the brew writing on it, which clearly instructs her to stay away from the box.

This woman prepares to destroy the box with a hammer, but she is attacked by an unseen force that throws her violently around the room. When her son arrives, he finds his mother, injured and unconscious on the floor.
Later a basketball coach Clyde Beranek, whops about to take a divorce from his wife Stephanie purchases this wooden box for her daughter Emily. As time passes, Emily gets obsessed with the box and opens it, resulting in the release of a bloody demon who later possesses her.
Soon Clyde discovers that Emily has a problem and seeks out Prof. Macman is with the box. On seeing the box Prof. explains to him that this is a dibbyo box, where a fiend is trapped inside.
He also explains that this box must not be opened, otherwise the person will be possessed by this demon. Now after knowing all these Clyde travels to a Jewish community in New York to seek help and Rabbi's son Tzadok returns with him to exorcise Emily and save her.
At a hospital, Tzadok performs Exorcism on Emily and succeeds to get rid of the spirit but as he was driving away with the box, a truck hits his car, resulting in his death. While the box lands at some distance from the wreckage.
Here the movie ends and now let's begin the real story in detail. 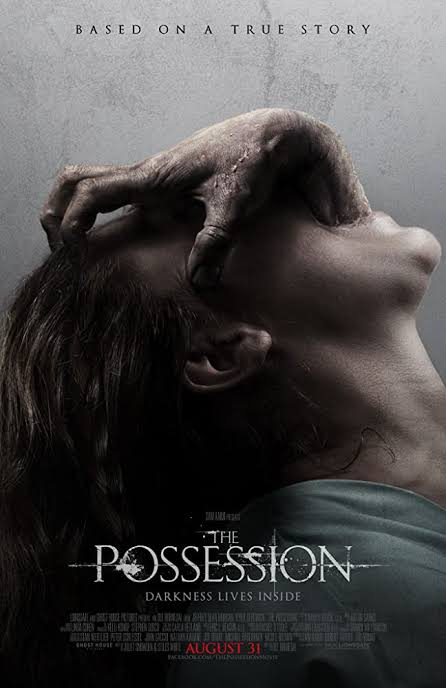 The origin of the real possession story can be traced back to 1938. It's said to have ties with the holocaust. 103 years old Jewish woman (who was the only survivor in his family) brought this to the US. She had only 3 things with her a sewing box, a steamer trunk, and this wine cabinet.
A dybbuk box is a wine cabinet that is said to be haunted by a dybbuk. While, a dybbuk is a restless, usually malicious spirit believed to be able to haunt & even possess the living. It is said that -

A soul which was unable to fulfill his function during lifetime is given opportunity to do so in dybbuk form.

Now, the granddaughter of this old woman, who managed her estate tells, her that her grandmother was terrified of the box & use to insist that her family never-ever open it.
But Kevin Mannis who purchased this box in 2001 at an estate sale was not aware of it. He had a piece of small furniture refinishing shop at the time and wanted something to work on and give to his mother as a gift. Inside the box, there were locks of hair, a couple of pennies, a wine cup, a slab of granite, and a dried flower.
So as a result of opening the box mysterious incidents started to occur. One day an employee of Mannis claimed to hear light bulbs breaking and otherworldly screaming coming from the basement where the box was kept. And as cabin recalls when he arrived at his shop, there was a Foul smell of cat urine permeating the area (despite him not owning any cat).
The same day after this incident his employee quit and never returned back. But this was just the beginning, when he gifted this box to her mother, she immediately suffered a stroke and lost her ability to speak for some time.
Then Mannis attempted to gift this box to many of his family members and friends, but they all returned it to him, shortly after. Some said that after receiving the box their doors wouldn't stay closed and opened by themselves. While others claim to smell a strange mixture of jasmine and cat urine while getting the box. When Kevin tried to solve the box to a couple, they left it on his doorstep two days later with a note

This has a bad Darkness.

Now that Mannis couldn't get rid of this box, he started to have recurring nightmares about his friends turning into a demon and beating him to a pulp. He claims to have awakened from these nightmares with bruises all over the body.
All family members who had taken possession of the box suffered from the exact same nightmares. If it wasn't bad enough, One day he Kevin found all 10 fish in his aquarium dead. Even though he was taking care of it properly.
Now you may ask, 'Why not he threw it away? Actually, Kevin was so afraid of the box and he believed that if he destroys it then the evil spirit associated with the box will haunt him forever.
Traditionally it is believed that if you want to get rid of anything like this, then you need to formally transfer the ownership of the cursed item, so the spirit moves on. Accordingly, Kevin sold the box to Losif Nietzkeat on eBay for $140. Losif claims to had similar experiences, soon after purchasing the box.
Within seven months of purchase, he and his roommates fell victim to many injuries. Also, their house becomes plagued with decaying dead Mice, and their electronics would die daily. The worst came Over Losif when the healthy 20 years old started losing his hair.
Currently, this box is in the hands of University Mcurator, Jason Haxton who experienced the same nightmares and also smelled the odd mixture of jasmine and cat urine-like many other owners.
Jason once had an interview where he was asked What is owning the box? His answer was surprisingly creepy.

I would like the box to be buried with meand for it to be finally gone from this world.