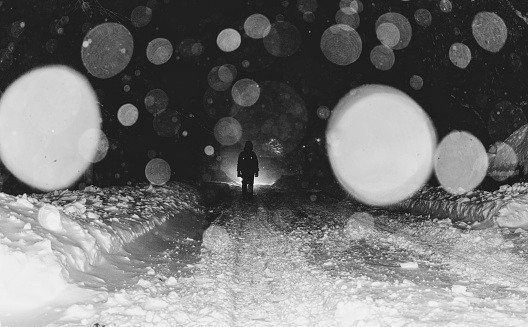 It's that time of the year when we celebrate Christmas. Some of us spend this time with our families; others just take vacations. Some of us have Christmas trees and wrap gifts like maniacs wanting to bring joy to our loved ones and some look at Christmas as just another day in the year. However, you choose to spend your winter holiday season we are sure you will love to include the myth of Imelike in your schedule.
Imelike is often linked to the rural parts of inner Croatia and can basically be described as fairies. But not any kind of fairies. They're said to be small as berries and could only be seen in the morning winter Sun and in need. Imelike would be born on St. Katrina's day from the mistletoe berries. It is believed that a tradition of bringing the mistletoe into the house was linked to the mythological creatures as it was said that Imelike brought happiness love into the household.
It is said that in most cases only children could see them in their true form and whenever a child would giggle or laugh when on their own it meant with Imelike was playing with them. As with every creature we have covered so far Imelike also has its own story, and they are heartwarming.

Once upon a time, there lived a poor family but their small wooden house was filled with love. It is said that the only thing they had on Christmas Eve was a piece of old bread and onions. Despite that brother and sister wanted to bring joy to their sick parents so they ventured to the forest.
They walked through the deep snow only to collect ivy, a few branches of the pine tree, and mistletoe. They filled the house with everything they found and even managed to find some pine cones which they used to decorate the Christmas tree they made from the pine branches.
The entire family went to the Christmas Eve Mass in the church and upon arriving home they all went to bed while the parents told stories of some better times by candlelight. In the morning when the children awoke they truly had a sight to see. Their old drafty house was immaculate; with every crack in the walls and windows fixed. The tree was covered with the most beautiful golden pine cones and sparkly spiderwebs. They saw their parents crying tears of joy because the table was filled with eggs, cheese, vegetables, and there was even a fat chicken.
But that wasn't all! As they looked around the house they noticed something moving in the mistletoe. It was Imelike; smiling and waving at them as they retreated back into themselves beds of mistletoe berries.

The second story takes place in the middle of a snowy night just days before Christmas. It is said that a young man traveled home from a distant village where he was learning as a shoemaker apprentice.
He wanted to surprise his old mother, so he went on the road despite the heavy snow. It would take him two long days to travel on foot if he would follow the road, so he decided to take a shortcut through the forest as he thought he knew the path well. He walked through the knee-deep snow, tired and frozen, but determined to come home.
At nightfall, a blizzard took him by surprise, and he soon started losing hope because he couldn't see where he was going and soon lost his path. It is said that he found a pile of branches and made a shelter, but it was freezing nonetheless and he had no way of making a fire.
The young man cried in begged for help, sure that by morning he would freeze to death and he would never see his mother again. At that moment he noticed something sparkling in the walls of his shelter and heard soft giggles. It was Imelike that hatched from the mistletoe attached to the branches. As he watched in wonder, Imelike flew away in swarms and soon returned with a warm wolf pelt. They placed it around the young man and started slowly gliding forward as if forming a path.
It was the break of dawn when the snow stopped falling and Imelike vanished just as they appear. As he looked in front of him the young man saw his house and safely run to his mother.
So there you have it. Imelike. Good ferries that take care of people in need Small Christmas miracles or just something that will make a good story buy a Christmas tree? It is up to you to decide. And remember something is always watching out for you when you stand under the mistletoe.
***