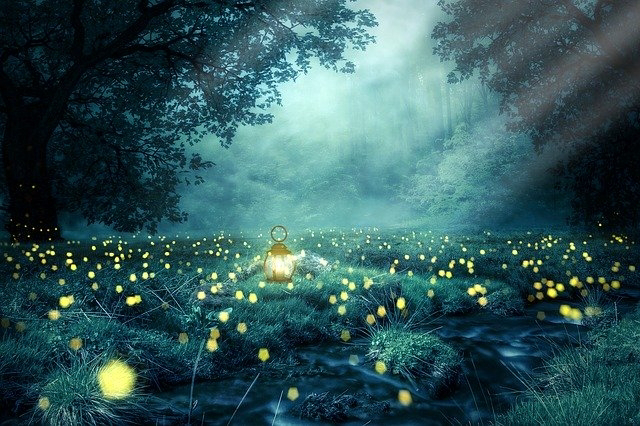 Today we are returning back to the north part of Croatia and to the low vast mountain range known as Bilogora. So what have we dug up for you today? In the darkness of the waste mountains of Bilogora, we found a legend about Night Jagari. And where to start our today's story? Well, as usual, let's start with what they are.
Night Jagari is known as nocturnal hunters. They resemble humans but are short; it is said that a night yoga can only grow a meter and a half(4.9 ft) so they are basically not that short but also can be described as very tall. They're mostly seen wearing green clothes and they're armed with a bow and arrow.
Although Jagari can be found through all parts of Croatia, Bilogora is the place where there have been most sightings and where the stories live to this day. It all started when Lumberjacks reported seeing these small hunters running around the forest. It is said that the only thing that would announce their presence was the barking of dogs the specific sound Jagari would make; it sounded something like-

It is interesting to mention that they were said to be unbelievably fast. Their movement was so quiet that no one would hear them run. Branches wouldn't snap under their feet, and they wouldn't leave a footprint on the ground.
On the other hand, there have been reports of them clapping their hands so, it seemed as if their intention was to scare off the wild animals. They allegedly never talked to people but if they did it was a rare occasion. Jagari could be seen throughout all year but most sightings were reported in the fall.
One interesting fact, at least interesting to me, is that they were always accompanied by dogs that were said to be so small as mice but barked so loud that it could be heard from miles away. Jagari were harmless to humans and their crops at least to all humans that were good at heart. If they found animal poachers who would leave a wounded animal Jagari would make them their targets. Unfortunately with time sightings of these woodland creatures disappeared.
The last mention of Night Jagari was recorded at the end of the First World War.

So, do Jagari still roam the woods of Bilogora protecting the wild animals and lurking around through the wilderness?

Are they jet another story people used to tell for their entertainment or were they real?

Well, who knows? Maybe one day you or I will encounter one of them so be sure to take care of all the wild animals that live around.
***