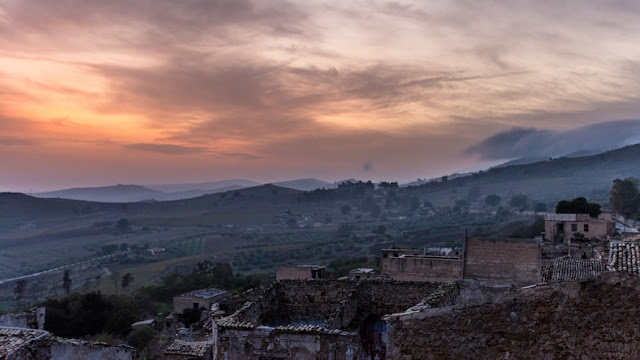 The land of India holds within itself, so many secrets and mysteries that are so fresh and unsolved even today as they were centuries before. From mysterious temples to hidden treasures. These are such enigmatic mysteries that sink us deeper within them. The more we try to solve it. There is one mystery though which has been baffling everyone for the past 200 years. We are talking about a village situated in the Jaisalmer district of Rajasthan Kuldhara village.
This is a village that went from being a blissful settlement to an abandoned ruin in just one night. And has stayed this way for the last 170 years to date, nobody has been able to find out the reason behind such a brutal abandonment. There are many eerie and mysterious stories surrounding this village to go by one of the stories, kuldhara, and the 84 surrounding villages used to be a very happy settlement that was home to thousands of happy families of the Paliwal Brahmans.
But 170 years back, this happy place was cast evil by someone. That man was the minister of this princely state - Salim Singh whose evil eyes sighted a beautiful girl from the kuldhara village. He became so enticed by the looks of the girl that he decided to get her at any cost and started pressurizing the Brahmans of this village.
He sent a message to the girl's home that if he does not get her within the next fortnight then he would attack the village and kidnap her terrified by this warning. The villagers decided to come together for good this battle between the ministers and the villagers had now boiled down to the respect of a young girl.
It meant that the self-respect of the entire village was resting on this tug of war. The villagers held a meeting at the local junction and more than 5000 families decided to leave their homes to save their self-respect. It is believed that this decision was unitedly made by the people of all the 84 villages by calling a panchayat (local court) in the temple of kuldhara village. And decided that they would not send their daughter to the minister at any cost. 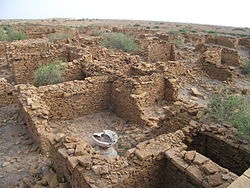 The next evening, kuldhara became abandoned in such a way as if it had been this way for centuries it is believed that while departing, the helpless but self-respecting Brahmans put a curse on this place, and since that day this village has stayed an abandoned site. It is believed that this curse caused the village to be haunted by some evil powers and it became home to various eerie events.
Today this village is protected by the archaeological survey of India and its gates are opened for tourists during the daytime the tourists have said that they can sometimes hear the words and language of the Paliwal Brahmans while walking through the lanes of these ruins. It can be felt that someone is constantly keeping an eye on you while you are here.
People have also been said to have witnessed glimpses of the centuries-old marketplace from the by-lanes of this village one can also hear the voice of women laughing. The sound of their bangles. There is a gate built on the entrance of this village which no one dares to cross once night falls.
A mysterious shadow can be seen lurking around. In one of the abandoned houses, many people have said that these voices are filled with unbearable pain which. The villagers would've felt while leaving their family lands. Anyone who visits here post-dawn is sure to face some accident for many years the people here believed that the water well in this village is cursed or haunted.
Hence in May 2013, when a ghost and spirit research team decided to spend a night at this place. They confirmed that there is definitely something spooky about this place that evening. When they tried to film this well with the help of their drone camera. The drone malfunctioned on reaching over the well and suddenly fell to the ground.
A similar thing happened to the second camera drone as well the head of this team even confirmed that their equipment had captured some inhuman frequencies at this place. Which answered back when questioned about their presence the spookiest event happened. When the entire team came back to their vehicles after completing the work, they were in for the biggest surprise of their lives.
All their cars including the hood and top were covered by handprints of children due to the absence of any settlements nearby. This became eerier even if some children were playing nearby and were to climb on the cars. Then why were the footprints missing nobody knows. The 82 villages surrounding kuldhara were resettled with time but kuldhara is still an abandoned site.

What is it that's preventing kuldhara from getting settled since the past 170 years will it ever be debunked ???