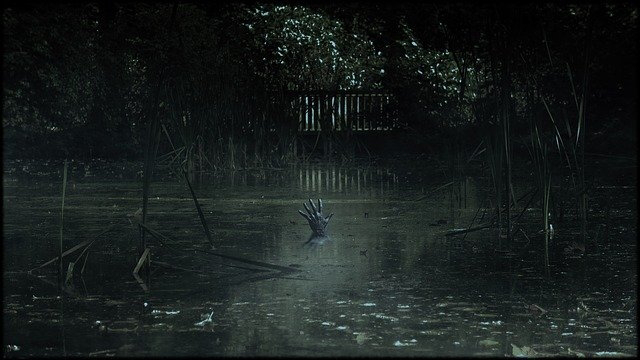 Several stories have been told to us as children, stories adults would tell so we would have to behave. Tales of monsters under our beds waiting for us if we didn’t go to sleep, or the boogeyman coming to get us if we were disobedient, but what if I were to tell you a story that even adults are afraid of?
There once was a monster who eat voices, he ruled over a forest that was deep and dark. There was something particular, about these woods. It had a deafening silence, a silence divided into countless parts, a silence that came from the creatures that had their voices stolen and devoured. The only thing that filled that void with sound was the roar of the monster, only he was heard. These woods kept growing unnaturally, in a corrupt and sickly way, where the heart of the forest teemed with life and was prosperous, the outskirts were a different story entirely. The monster rules not only by himself but uses the same denizens of the forest and bends them to his will using fear.
For their voices shall be his, if disobeyed. The monster only took the strong and the agile. Those who were powerful enough to be useful and he promises them a great reward. To live in the center where food was abundant but those that were deemed weak were sent to suffer in the outskirts. The monster liked to revel in his power, for ruling over lesser creatures pleased him, the fact that he had the strength to silence them, to break the spirit of those who dared to even question his will, was exhilarating.
The creatures that were sent to the desolate remains of the outskirts, were skinny and thin, where the traces of bone can be seen from their fur and skin. The center of these woods drained the life from the surrounding area, only benefiting the monster and his puppets. Yet again he stole from the weak, and the hunted could not speak. They could not cry, nor shout, nor scream, even as death was facing them. The monster took what fight was left in them, for he was wise, wise in the sickest way possible.
This monster is a coward, he knew that if the creatures here knew what power their voices had if they were one and united.
His rule would end, and so he took the voices of each critter and ruled with his oligarchy of twisted beasts. He thought he was clever. He thought he knew better, he thought that he was the puppeteer, but puppets never see their own strings attached to them. In the silence of these woods, the monster who ate voices seemed to be the ruler that revealed in his power, unaware of the strings that stuck to his every limb and the way he was played like a limp doll in the hands of even greater power.