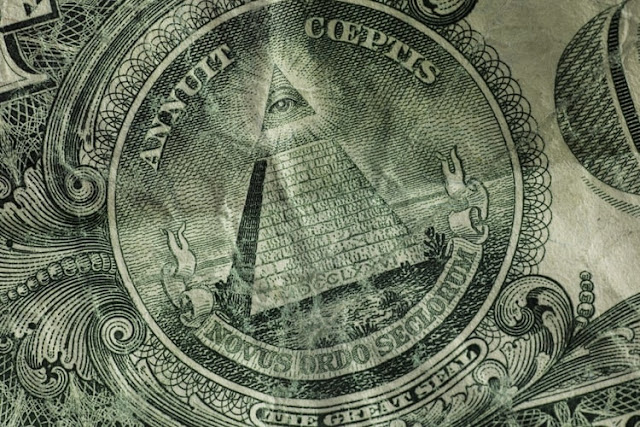 All of us have heard about a secret society called Illuminati which secretly controls the world but do you know it is believed that there also exists. A similar secret society in India is called "the nine unknown men"  Today we will look at the hidden secrets of this society and in the end we will look at a few big names who are speculated to be a part of this society.
In the year 226 bc, upon winning the war of Kalinga when king Asoka looked around at the battle ruins all he saw was massive destruction, dead bodies all around, pools of blood, and people crying everywhere about 100,000 people were dead in this war and more than 150,000 were deported king Asoka could not bear this sight and pledged to non-violence for the rest of his life. He converted to Buddhism and decided to spend his entire life promoting non-violence he promoted Buddhism not just in India but in Malay, Ceylon as well as Indonesia.
It is also believed that he was responsible for the reach of Buddhism in ancient China, Nepal, Tibet, and Mongolia he became so sensitive towards violence that he even ordered his disciples and fellow kings to stop the misuse of the knowledge that they had acquired. And took upon himself to stop the use of this knowledge for any kind of destruction especially in warfare he knew that to collect and preserve this entire knowledge would be impossible for a single person.
Hence, king Asoka summoned the 9 most brilliant minds of India whose identity was kept hidden for security purpose these 9 men together formed an institution a secret society which came to be known as the 9 unknown men of king Asoka. These 9 men focused their minds towards acquiring all the possible knowledge in this world keeping in mind that if this knowledge fell in the wrong hands, then anybody could use it for all possible wrong reasons to better fulfill the tasks.
Each of the men was assigned one subject to research, gain knowledge, publish a book, and upgrade it to the optimum level. If anyone of the 9 men were to retire or if they die then their entire set of knowledge would be transferred to a chosen successor. Because king Asoka had a rule that the total members of this secret society should always be 9 this way the secret society kept functioning and survived for the last 2000+ years. The speculated names and subjects of these 9 books were mentioned in the 1923 novel "the nine unknown men" by English writer Talbot Mindy.

The 1st book dealt with physiology and explains how to kill a person simply by touching him known as "the touch of death" this can be achieved just by reversing. The nerve impulse of that person's body is also believed that the world-famous martial art of judo was a result of the leakages from the book of physiology.

The 2nd book deals with the study of microbiology and biotechnology.

The third book deals with alchemy and the transmutation of metals. Also included in this book it is believed that in times of severe drought and famines temples and religious relief organizations in ancient India would receive large quantities of gold from an unknown source it was believed this was done by the 9 unknown men.

We're aware of the presence of aliens gravitation became the subject of book number 5th it is believed that this book also provides instructions on how to make ancient Vedic vimanas (aircraft). Which is aerospace technology.

Book number 6th deals with the entire study of cosmogony which in layman terms can be described as the study of matters of the universe.

The 7th book deals with the study of light which includes the speed of light and how to use it as a weapon.

Book number 8th deals with the study of sociology which mentions how a human society evolves and what are the reasons behind its decline.

The 9th and final book is also the most important book which deals with techniques of propaganda this book teaches us the most dangerous science of them all which includes how to mold mass opinion in one favor and all the techniques of psychological warfare it is believed that the knowledge gained through this book. Could enable anyone to govern the whole world all the knowledge in these 9 books has been contained only by 9 people and their successors just the way.
The tenth-century French scholar pope Sylvester ii was linked with the Illuminati similarly. It is believed that one of the names among these 9 men is of a famous Indian scientist Dr.Vikram Sarabhai who created India's budding space program but who are these 9 men and their successors and how did they manage to survive in secrecy for the past 2000+ years where are those 9 books and all the knowledge nobody knows. This is a fact or just another story who knows. Hope you enjoy it. Please comment below.
***