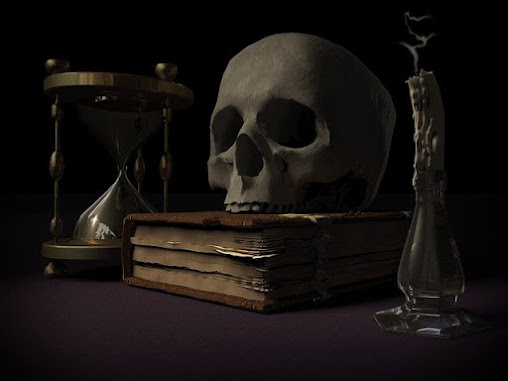 Death. Something scary but inevitable. We all face it and we all dread it. For as long as humankind exists hope and belief in the afterlife followed us and our quest of finding out the truth has been and still is searched through both science and religion. Today we will be talking about Croatian urban legends that revolve around death. As they are shorter we will tell them through five stories and feel free to share your stories in the comments below and tell us if you believe in life after death. Beyond Death Story.

Woman in the Church

A hundred years ago, in the tow nod Pražinci, the young woman died and was buried according to tradition. Out of unknown reasons the deceased woman would rise up every evening right after sunset and walked to the local church. Everyone who knew her said that she was a good person so no one knew why she was going to the church. It is said that she might have had an untold burden she didn't have time to tell.
One night, a man that lived near the church was standing outside his house and saw her walking. The woman noticed him and begged him not to give her away, but the next day came and the man went around the village and told everyone he saw her. On that same night, the ghosts of the deceased woman came back to the man and struck him in rage.

This story originates from Croatian zagorje and it can't be linked to one town because there is a lot of similar stories that circulate around the whole region. One late night a man was walking home on the dark path after he was away from home since morning. It is said that it was the night of the full moon so he saw where he was going without any trouble. Halfway home the men noticed someone walking towards him and as the person came closer he recognized that it was his Godfather. As they crossed paths the man greeted his Godfather and asked him where he was going in the middle of the night, but a Godfather didn't answer.
He found it a bit strange but decided to offer him some wine he was bringing home from the vineyard. His godfather drank from the bottle almost emptying it and started walking on the path not saying the world. The man found that strange as his Godfather was a chatty person and not rude at all. As he came home he angrily said to his wife what happened and he noticed that she became pale as snow. Upon asking what was wrong his wife told him that his godfather died that morning just after he went away from home.

A woman was woken up by church bells in the middle of the night. As the bells wouldn't sound off at night unless there was something wrong, she rushed to the church to see what was happening. Upon arrival, she noticed that the church was filled with people that were holding candles. Recognizing one of the women there she approached her and asked her what was going on, but the woman hushed her and gave her a lit candle. They walked around the church, through the village, and into the graveyard. When the vigil was over the woman went home confused about what just happened and decided to put the candle in the freezer.

On the next day when she woke up, she asked around the village what had happened last night but no one knew what she was talking about. Not sure if it was a dream or reality the woman went home and decided to look in the freezer. To her shock, she didn't find a candle but instead, she found a femur bone. A few years back I heard a story from an older local woman that chilled my bones. When she was a young girl it was a privilege to have your photo taken as it was a rare and expensive thing.
So she cherished and collect every photo she would be given. As she grew older she worked as a housemaid helping older people that were well-off but didn't want to leave the comfort of their home. She would often get old photos from people she cares about and would keep them in a box that she has to this day. 20years ago, when her granddaughter was just a small girl, she used to mention that a girl her age named Marija would visit her in the night and wake her up so they could play. The woman brushed it off as a little girl's imagination.
A few years later they were looking at old photos together and when they came to a particular photo her granddaughter shouted out: "That's her!" "That's Marija!" The old woman felt goosebumps on her skin because the photo was a memento mori from the deceased daughter of an old woman she is used to taking care of. It was only then she remembered that the girl in the photo was named Marija and her granddaughter had no way of knowing it.

Way back when there were still no morgues, people used to keep the deceased loved ones at home. It was a tradition to keep the dead in the house for three days before they were buried. Men would often spend time playing cards in the room with the deceased and the women would talk and tell stories. One time men played cards for two days and the vigil soon turned into a sort of a party.
Everyone was laughing and having fun with the deceased man lying on the table next to them. As they were coming to the end of the long game, all of a sudden they heard a loud shout: "Draw the ACE!" To their shock, it was the dead man. All men started running in fear; one even had a heart attack. It turned out that the man wasn't dead at all but in sort of a coma. Unfortunately, the man that rose from the dead eventually died only two days later. So there you have it. Stories of the dead. Does the afterlife really exists or does it linger into the domain of legends that we will pass through generations? Well, we will all find out sooner or later.
***